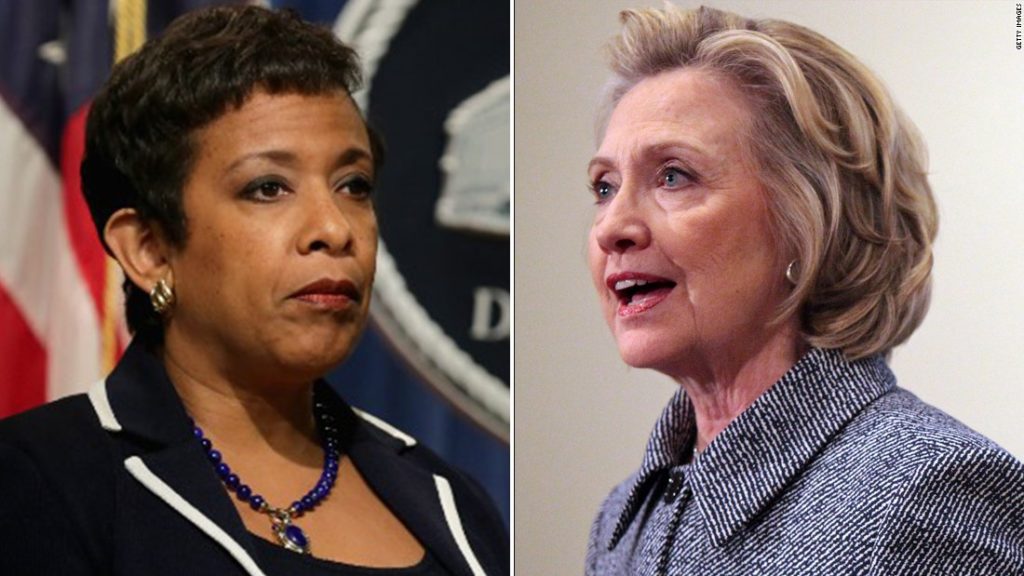 Lisa Page testified – last summer- that Loretta Lynch (likely with the knowledge and advice of Obama)  blocked the prosecution of Hillary Clinton in 2016:

Former FBI lawyer Lisa Page admitted under questioning from Texas Republican Rep. John Ratcliffe last summer that “the FBI was ordered by the Obama DOJ not to consider charging Hillary Clinton for gross negligence in the handling of classified information,” the congressman alleged in a social media post late Tuesday, citing a newly unearthed transcript of Page’s closed-door testimony.

Page and since-fired FBI Special Agent Peter Strzok, who were romantically involved, exchanged numerous anti-Trump text messages in the lead-up to the 2016 presidential election, and Republicans have long accused the bureau of political bias. But Page’s testimony was perhaps the most salient evidence yet that the Justice Department improperly interfered with the FBI’s supposedly independent conclusions on Clinton’s criminal culpability, Ratcliffe alleged.

“So let me if I can, I know I’m testing your memory,” Ratcliffe began as he questioned Page under oath, according to a transcript excerpt he posted on Twitter. “But when you say advice you got from the Department, you’re making it sound like it was the Department that told you: You’re not going to charge gross negligence because we’re the prosecutors and we’re telling you we’re not going to —”

Page interrupted: “That is correct,” as Ratcliffe finished his sentence, ” — bring a case based on that.”

James Comey had originally drafted a memo describing Clinton’s actions as “grossly negligent” but changed it in the final version:

Originally Comey accused the former secretary of state of being “grossly negligent” in handling classified information in a draft dated May 2, 2016, but that was modified to claim that Clinton had been “extremely careless” in a draft dated June 10, 2016.

Comey stuck to that modified language when he announced in July 2016 that there would be no charges against Clinton.

Gross negligence is a criminal act and there was no way the Obama DOJ was going to allow Clinton to be hit with those charges. The excuse for not charging Clinton was that the statute was “Constitutionally vague.” Yet that vagueness was not an option accorded others- including one Kristian Saucier:

A FORMER NAVY MACHINIST mate who admitted taking photos inside a nuclear submarine was sentenced to a year in prison Friday, with a federal judge rebuffing a request for probation in light of authorities deciding not to prosecute Hillary Clinton for mishandling classified information on a private email server as secretary of state.

Kristian Saucier’s attorneys argued in a court filing last week that Clinton had been “engaging in acts similar to Mr. Saucier” with information of much higher classification. It would be “unjust and unfair for Mr. Saucier to receive any sentence other than probation for a crime those more powerful than him will likely avoid,” attorney Derrick Hogan wrote.

Clinton’s transgressions were far in excess of Saucier’s:

The photos were deemed “confidential,” the lowest level for classification.

This confirms something else we’ve suspected since it happened- that Loretta Lynch met with Bill Clinton to inform him that Hillary would not be prosecuted.

It stinks. It has stunk for three years.

On July 3, I wrote that there would be no prosecution of Clinton. Obama keeps bragging about how there were no scandals in his administration. That’s pure bullsh*t. There were plenty, but this is the worst of them.

It is time to demand all of the records of the Lynch-Clinton meeting, declassify them and get the truth out there. We need to see just how high this goes.

Not that there’s really any doubt. This is obstruction of justice.