If your goal was to get liberals to make asses of themselves you could not have done better than Jussie Smollett. 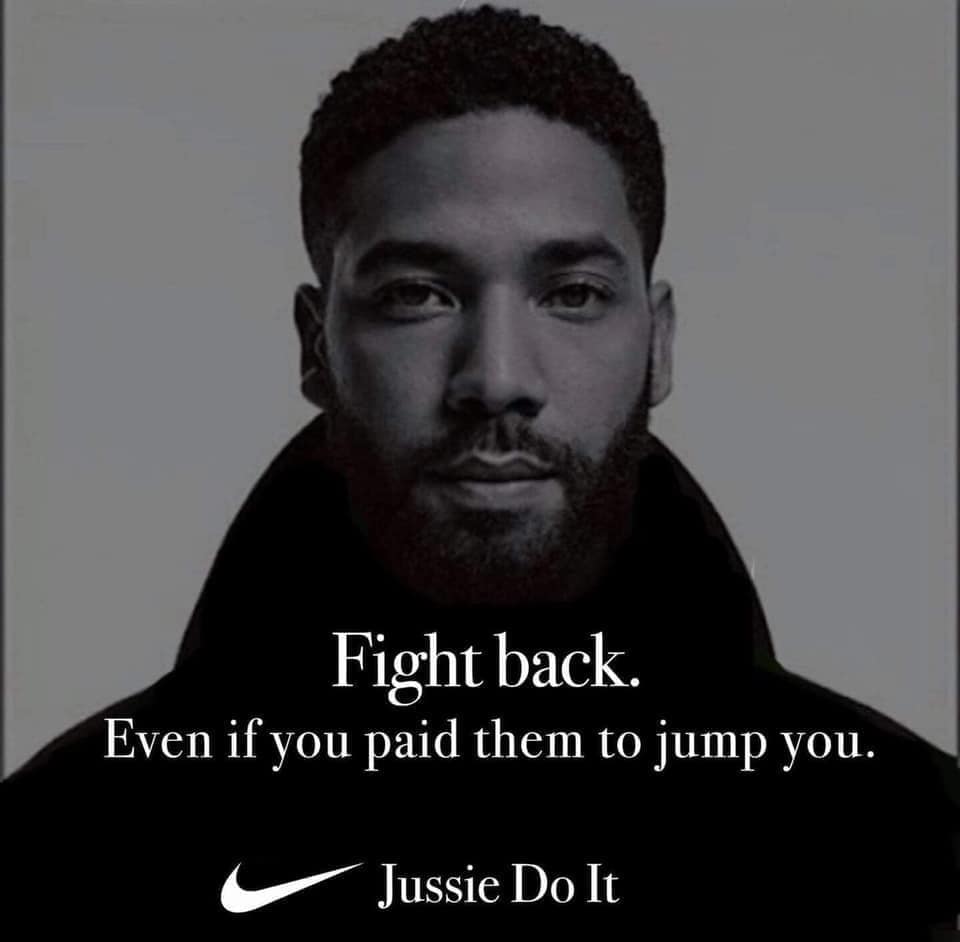 Someone ought to send Jussie Smollett a gift and a thank you note. He’s arguably done more for conservatives than anyone in recent memory.

Smollett proved beyond any shadow of a doubt who really is biased, who really is racist and who really is full of sh*t. When it was first reported, virtue signalling liberals fell all over themselves expressing their outrage, facts be damned.

Kamala Harris threw her two cents into the incident at light speed:

.@JussieSmollett is one of the kindest, most gentle human beings I know. I’m praying for his quick recovery.

This was an attempted modern day lynching. No one should have to fear for their life because of their sexuality or color of their skin. We must confront this hate.

Then asked about it as the hoax unraveled, she stutters and stammers “What Tweet?”

“I think the facts are unfolding, and I’m very concerned about obviously [inaudible],” she said.

The facts she chose not to wait for before opining are “unfolding.” In fairness, a load of liberals did the same.

To those in Congress who don't feel the urgency to pass our Anti-Lynching bill designating lynching as a federal hate crime– I urge you to pay attention. https://t.co/EwXFxl5f2m

After rushing to judgment , Booker then said he would “withhold judgment”

“I’m gonna withhold until all the information actually comes out from on-the-record sources,” the senator from New Jersey said after meeting with voters in Rochester, N.H. “We know in America that bigoted and biased attacks are on the rise in a serious way, and we actually even know in this country that since 9/11, the majority of the terrorist attacks on our soil have been right-wing terrorist attacks — the majority of them white supremacist attacks.”

Brooke Baldwin of CNN (naturally) could barely contain her contempt for “America 2019” (at approximately 1:50):

The Washington Post Editorial Board’s Executive Assistant Nana Efua Mumford was “broken hearted” that this wasn’t a real story about racism and hatred:

“If Smollett’s story is found to be untrue, it will cause irreparable damage to the communities most affected. Smollett would be the first example skeptics cite when they say we should be dubious of victims who step forward to share their experiences of racist hate crimes or sexual violence,” Mumford wrote. “The incident would be touted as proof that there is a leftist conspiracy to cast Trump supporters as violent, murderous racists. It would be the very embodiment of ‘fake news.’”

Journalists, progressive politicians, race activists, and celebrities should watch this on a loop. https://t.co/yHnXaADTJ2

There ought to be no sympathy or understanding for these execrable liberals. You might think that after recent events liberals might hesitate to make poor decisions.

It’s not as if there hasn’t been a recent history of wildly false accusation stories, i.e. Kavanaugh and the Covington Catholic kids. In fact, hate crime hoaxes have become de rigueur since Trump became President:

ANTI-MUSLIM HATE CRIME IN MICHIGAN TURNS OUT TO BE A HOAX (NOV. 2016)

WHITE MEN ROB MUSLIM WOMAN OF HER HIJAB AND WALLET — EXCEPT IT NEVER HAPPENED (NOV. 2016)

There are many more documented here.  You can also find a trove of them on Twitter from Andy Ngo.

Seems hate crime hoaxes are the things to do when the right person is President. But let’s enjoy this for now. If you wanted to prove what a bunch of biased, hateful, racist, unthinking tools liberals are you could not have done better than Jussie Smollett.