Why Do Anti-Female Leftists Hate “Baby it’s Cold Outside”? 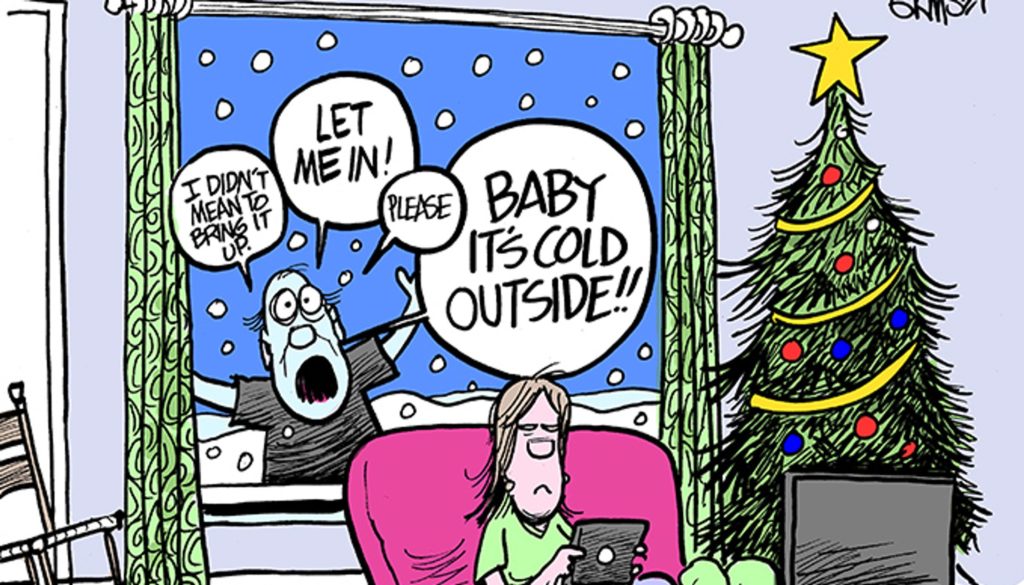 For the last few years we’ve seen the classic song “Baby it’s Cold Outside” become the latest source of angst for The Radical Left. For some reason 2018 has been the year where we’ve seen seemingly countless electrons spilled about Leftists taking deep offense to the song, and Normals giving them the mockery they deserve. The first post I saw that brought my attention to this was back in 2016 (Yes, I’ve had this idea in my hopper for two years and am just getting around to writing about it), and here’s a phrase you won’t hear from me often, but NPR actually injected a healthy dose of common sense at the end of their 2106 article, One More Time, With Consent: ‘Baby, It’s Cold Outside’ Gets An Update.

But here’s the irony: When that song first came out in the 1940s, it was actually seen as empowering for women. Music historian Thomas Riis says the now-controversial lyric, “Say, what’s in this drink?” came across differently in its original context. “Nowadays we see that and we go, ‘Oh, my gosh, this is date rape! He’s putting something in the drink!’ ” he says. But Riis adds that at the time, the phrase was simply about having a drink.

In the 1940s, it could be seen as scandalous for an unmarried woman to be alone, drinking with a man — much less staying the night. So it’s not that the woman in the song doesn’t want to stay — it’s that she doesn’t want to be judged for it. Riis says the song shows a woman debating her options, wondering whether she should risk ruining her reputation by staying the night.

In the end, Riis says, the woman makes a strong statement by making the decision for herself. “In a sense, it’s, ‘I can do what I doggone please. I’m a modern woman,’ ” he says. So, as different as the old and new versions might seem, it might be that they were both about choice all along.

Like I said, props to NPR for their take on this, and how about if we apply this to modern times. Or any times. Is there anything in the song that suggests that the woman in the song is being detained or was taken to the guy’s apartment against her will? Is there anything in the sing that the drinks being consumed were forced onto the woman? Nope, I didn’t hear it either.

Yes, I know that posts like this are like shooting fish in a barrel, but when our Lefty pals act like idiots it’s important to give them the mockery that they so richly deserve!