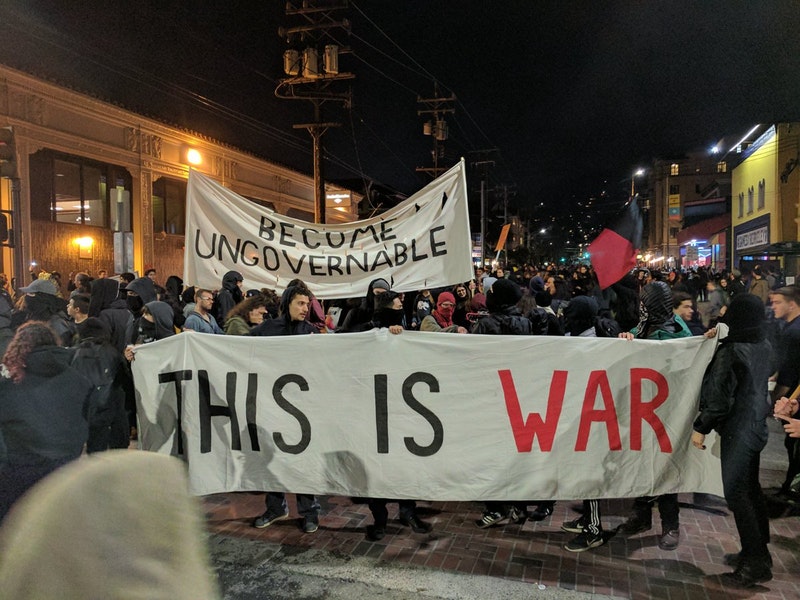 “Your liberties rest not upon things written upon paper, they depend upon yourselves, and upon maintaining your property, your knowledge, and your virtue”.  Samuel Williams 1794.

Less than a week ago I read a column that was written by Sheriff David Clarke on Townhall that made me think over what I have seen in politics over these past few years. Being a retired military veteran I have followed Sheriff Clarke for a while now, and I can honestly say it is this man who speaks for me. And from the following that Sheriff Clarke has amassed, it would appear that others follow him as well. The reason are varied I am sure, but the truth that Sheriff Clarke speaks should be a starting point for all patriots and conservatives in this country.

In his column, Sheriff Clarke speaks of an organized ground level force of conservatives who speak the truth and fight back against what the progressive socialists have done to our country. This is a war that is being forced upon our country by progressive socialists who want nothing more than to destroy our way of life, our moral underpinnings that have shaped our country and the very country itself. These conservative fighters can only come from patriots who are willing to help our duly elected President put an end to the progressive socialist lies of the mainstream media and the leftists in our government that would like nothing more than to impeach the only man who can stop the destruction they have started.

The rules governing our politics have changed. Lies, innuendo, and the constant threat of violence from these progressive socialists are all they have to offer. When talking to one of these George Soros funded fascists I always ask the same question. What are you proposing to have as a policy that will help the citizens of this country move forward? The answer is always to call me a racist ( a word that has lost all meaning because of the demeaning way the progressive socialists use it, I mean is there anything that isn’t racist these days?) and to attack by any means possible, usually in a mob to protect themselves.

The propaganda and lies permeating everything that these animals have in store for the country is everywhere, from the mainstream media to our children’s education, to entertainment, and every other facet of our daily lives that they can infiltrate. They have every intention of making violence an aspect of the conservatives everyday lives. We must understand that it has gone far past having disagreements of policies and that with groups like Antifa, Media Matters, and even some in the mainstream media, all funded by the globalist agenda that both parties adhere to, resorting to public displays of intimidation and violence, it is up to us to fight back. One by one, or in groups, it will come down to clearing our streets of this vermin.

The higher ideals that conservatives pride themselves on will not work against the rage that is becoming an everyday occurrence. Progressive socialists don’t understand that the self-ingrained thoughts of them being superior and therefore have a right to demand that we follow the rules they proclaim will no longer work. They use such phrases as “white privilege, microaggressions, safe spaces, and systemic racism are the buzzwords of no meaning that they attempt to use to shut down debate. I will not allow the loud voices or the mob rule to control what I say or do or think. Once they shut down all debate it will only be a short step to total dominance against those who disagree. I will o longer apologize to those who attempt to force the opinions that I know are wrong, no matter who they are. Whether a government entity who assists them, or the mob in the street who attempt to intimidate people wearing a MAGA hat, or an official who is only doing the job they were elected to do. Keep in mind, the rabble who look to overthrow our government and way of life are a minority of maybe 10%. But the violence, and shouting, and following the path set out for them by the globalists in charge, they appear on the mainstream media regularly.

Just a few months ago, we should remember that the puppets on CNN were comparing Antifa to the battle of Normandy.  So call me what you want. Racist, homophobe or any other phrase you think will make a difference, It won’t. I know better because I am better than that and I realize most of the people in this country are. So take your paid for politicians, and you corporatists’ puppet masters and slink away.

Your agenda for destroying those patriots who will fight and fight harder than you with courage and patriotism in our hearts will never give in, will never stop beating back the global socialism you think we deserve whether you are just a stupid self-centered teenager who thinks you are making a difference, to the boardrooms and meeting places of the globalist and political elite. We know who you are, where you are and what you have planned.

It is past time to wring our hands and sob about what is happening to our country. If we want to keep our culture, our way of life and even our country and the sovereignty that is ours it is time to fight back.  We can not allow the morality that has made this great nation the powerhouse it is today to falter. We must demand not only of ourselves but of those that surround us that everyone take responsibility for their own actions. It is not the responsibility to cover your face and attack people or destroy businesses or attempt to bully your way into the accepting your faulty way of life. It is not responsible to attack the values or individual rights of others, nor is it right to use the power of government to move socialist systems forward and force the American people to live by a system that has never worked in the past and in our country will only lead to civil war. The American people will never accept a reincarnation of the old Communist Party before its collapse nor the propaganda of those in the media, academics, and entertainment who have little or no knowledge of the drivel that they espouse.

It is over. No longer will conservatives, the religious, and those that value our way of life willing to just sit back and allow these animals to control our government, our culture, even our very lives. The pushback is here through countless millions who agree that this can no longer be allowed to grow and bastardize the light that this country has become. Can any of these dim bubs explain to me that if our country is so bad, why are millions of migrants and illegal aliens wanting to come here?

It will take all of us to turn this around. It will take someone jumping up on the table at CNN, MSNBC, and any other media that label us as racist and hold a panel discussion with four liberals and one conservative and get in their faces and shout them down. We need to stop allowing the media to call classless acts such as Jennifer Rubin, and Ana Navarro Republicans. They aren’t any more Republican that all the other Never Trumpers who accede to whatever it is their liberal masters want.

It is over, we will listen no more, we will no longer stand by and let you trash our nation and those of us who hold the virtues that this country has shown the world as righteous. Have there been mistakes? Of course. No country, as well as no one person, is perfect. But be advised, the war is coming to you socialists, whether in the streets or in the boardrooms, one on one or in a mob, the truth will find you, and will vanquish you.

The American people are incensed with low information mobs making themselves feel good by attacking anyone who disagrees with them. If it is a war that you want, you now have it. Voices will be raised against you, and if necessary arms as well. Be careful what you wish for you may well get it.