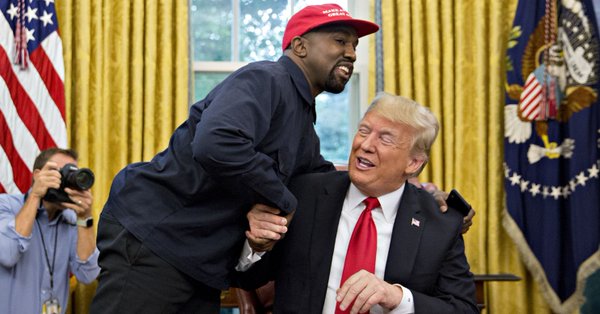 I’ve written it here many times- there is no racism like liberal racism. There has a been a nuclear explosion of racism from the left, all driven by Kanye West. CNN has been the main outlet for this torrent of racism.

How can any honest person not call this CNN segment racist?

– “Kanye is what happens when negroes don’t read”
– Kanye is “token negro of the Trump administration”
– "Black folks are about to trade Kanye West in the racial draft”
– “Kanye’s an attention whore, like the president” pic.twitter.com/rT6bQZwKmc

The Republican white guy was dumbfounded, as most civilized people would have been.

Don Lemon found the racism hilarious. I have a question.

Where is the outrage?

There isn’t any. This is the left wing press- the arm of the DNC. Anything goes for them. Had some Fox commentators said anything like this….

But as the dust has begun to settle, this is taking on a new, more vicious turn. The attention whore token Negro who can’t read has escaped the plantation and must be take down.

With Trump’s help, he’s driving them insane. And it’s just great. Over at MSNBC hosts’ blood pressures were skyrocketing.

“Wooow,” Velshi started, waving his hands to get viewers’ attention. “I’m doing this for everyone who’s watching who turned their volume down. You can put it back up again.”

“That was bonkers,” Velshi added.

“But if you think you’re going to get a thoughtful play by play and political analysis, you’re not, because that was an assault on our White House,” Ruhle said.

“You can’t analyze some of that stuff that was said,” Velshi continued.

He warned the viewers that there may have been “profanity” in Kanye’s rant, stating, “we were able to bleep some of it out, but there was, uh, some of it did make it in there.”

“That was crazy. That was bonkers,” he repeated.

“It’s stunning, Ali, that that just took place,” Ruhle said. “And even the president would say, this was just supposed to be a lunch. That’s an outright lie. … This was absolutely a press opportunity.”

“This was an embarrassment. Kanye’s mother is rolling over in her grave. I spoke to one of her friends today or texted with one of her friends today from Chicago, Donda’s friend. I used to live there. I know him. She said, ‘Donda would be embarrassed by this. She would be terribly disturbed by this.’ And Kanye has not been the same since his mother died,” he continued.

Nor did Lemon leave it at that. He called West a “minstrel”:

Lemon said, “I have no animosity for Kanye West. I’m just going to be honest, and I may get in a lot of trouble for it. I actually feel bad for him. What I saw was a minstrel show today—him in front of all these white people, mostly white people embarrassing himself and embarrassing Americans but mostly African Americans because every one of them is sitting either at home or with their phones watching this, cringing.”

The left has gone berserk, and that includes Hollywood:

Kanye: “Let’s stop worrying about the future all we have is today.”

Me: “How can I not worry about the future when you’re at the mutherf**king White House?”

As a nation, can we just call in the airstrike on our own position? https://t.co/uJefNhbAJu

Rapper T.I. (whoever he is)

“Now I recall you asking me to come with you to have this meeting and I declined (naturally)… but bro… if ain’time I would’ve been in there wit you and you behaved that spinelessly in my presence,I feel that I’d be compelled to slap de’Fuq outta you bro For the People!!! You ass kissing and boot licking on a whole new level &I refuse to associate myself with something so vile,weak,& inconsiderate to the effect this has on the greater good of ALL OUR PEOPLE!!!!,” he wrote.

You might recall that Kanye West was a hero to the left when he was critical of George W. Bush.

And you have to love it.

This is the left. This is the stuff of which they are made. They are seeing a slave break free from the democrat plantation and it frightens them. He’s not the only escapee either. 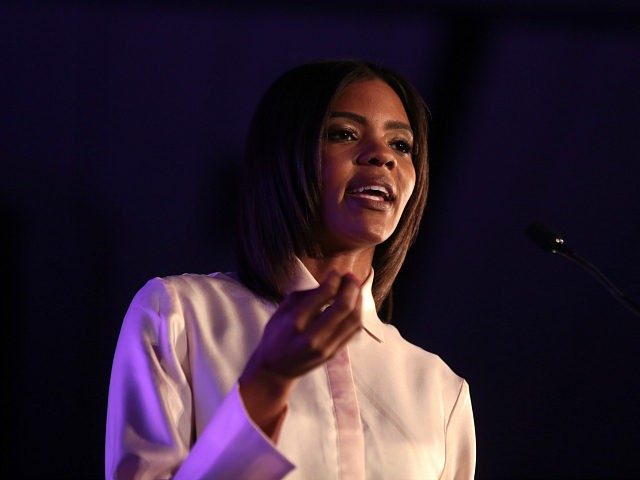 Candace Owens is another.

Donald Trump Jr. and Kimberly Guilfoyle joined Charlie Kirk and Candace Owens on the second stop of Turning Point USA’s Campus Clash tour Tuesday at the University of Georgia. The four spoke to an audience of 1,500 students and supporters, but one protester took issue with Owens’ race.

Among the crowd were protesters who seemed to take displeasure in the fact that Owens is a black conservative.

“You’re not black!” Shouted one agitator while Owens explained why she left the Democratic Party.

.“[The Left] believes that someone loses their blackness as soon as they become a conservative,” reacted Kirk, “They did this to Clarence Thomas, they did this to Dr. Ben Carson, and now they’re doing this to Candace Owens.”

“Make no mistake, the Left believes that they own black people,” added Owens, “So when a black person has the audacity to stand on stage and say—I no longer agree with these policies, and I would like to think with my brain as opposed to my skin tone, they lose their minds.”

Even the Washington Post has chosen now to be a good time to throw some turds Kanye West’s way:

"Kanye West is not Picasso," wrote Leonard Cohen in a "diss poem from beyond the grave" https://t.co/2Bz34I2TKA

These aren’t isolated incidents. Dak Prescott has been called a “race traitor” and an “Uncle Tom” for refusing to kneel during the national anthem. So has the great Jim Brown. Check out the comments here. Here’s a beauty:

The left is frightened. Very frightened. And it’s all about power. They are losing power. Thus they scream about the electoral college, the Senate, the purging of dead voters and illegal aliens from voter rolls. What they can’t win by the rules, they want destroyed.

That includes black people who choose to think differently from them.One might think they’d either be tolerant of difference of thought or simply shut up.

Update- just had to add this

Update II. Looks like it’s not going to stop. Yikes.

Wow, he removed Kanye's agency & consciousness for the audacity of having an independent mind. This is as grotesque an example of the evil of identity politics as you will find pic.twitter.com/RYhSeclPKE

There isn’t any. This is the left wing press- the arm of the DNC. Anything goes for them. Had some Fox commentators said anything like this….

Or John Schnatter when he DENOUNCED racism?

I actually feel bad for him. What I saw was a minstrel show today—him in front of all these white people, mostly white people

Don’t let reality get in the way of a good racist rant. The “white people” were the MEDIA.

Well, there’s a reason the KKK was started by the Democrats and they support the Sanger legacy of racial cleansing by abortion. Only THEY are allowed to act like the racists they accuse everyone else of being.

With cognitive dissonance this bad why don’t lefty heads explode?

Well well well Simpson from Fusion taking the 5th and Roddy a no show. I guess they are getting unwanted attention. Sorry CNN we are still paying attention to the evidene of election tampering by the Democrat seditionists.

@kitt: But LOOK! Mueller threw someone in jail without a conviction!!

I am very afraid for De Niro.
Following his threats against the president, I am afraid that those who certainly are looking for him now , will finally find him. There is no doubt in my mind that he will have to permanently leave the United States and this will constitute a great loss for our artistic life

So after so many years of attempting to shame regular people for racism, now the thing for liberals is Racism. Kanye is a ‘Negro”, Kanye is a Minstrel show. No conservative can be black. So now what the hell are they gonna do when someone is ‘racist’? Seems as if the real racists have identified themselves, all we had to do was wait for one black person to endorse Trump and all the blacks have lost their minds.

@Redteam: The MSM tokens do not speak for the Black community, you notice who they trotted out for the shameful propaganda. White anchors could not utter what they said.