Insta Graham Photoshop of the Day: 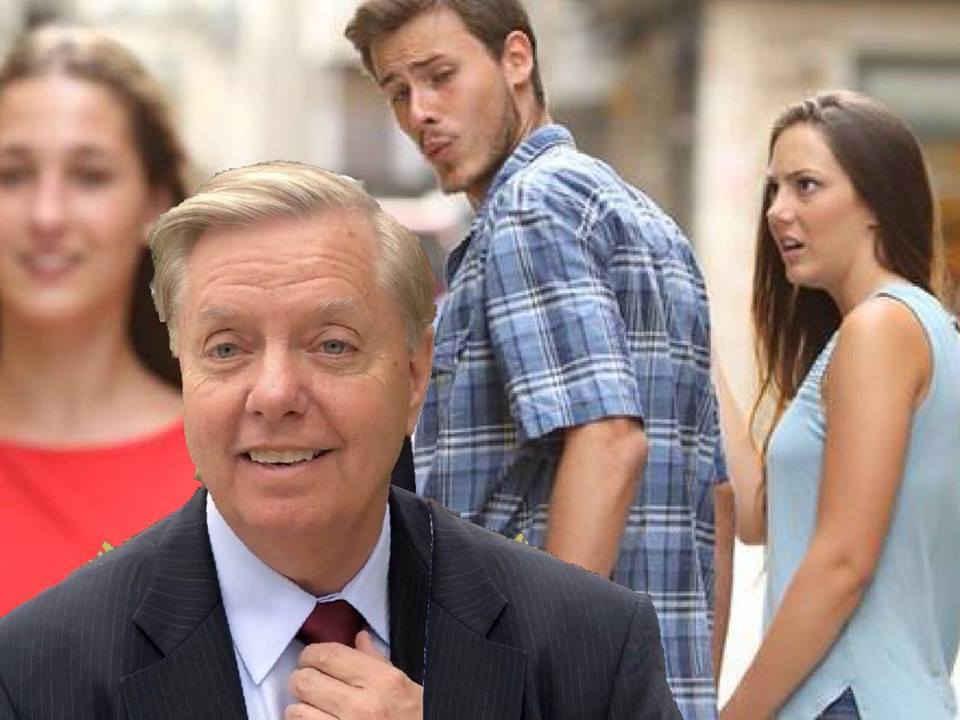 The RINOs have been making conservatives happy of late.  Today was Susan Collins’ moment.  She made a very good speech.  Even keeled and balanced defense of her decision, as only a moderate could.  Still won’t make raging liberals see anything else but red.

Tip of the hat to Collins for showing some fortitude.

Yet after that speech she had to be surrounded by Capital Hill PD just to safely get to her car!
The Left has gone nuts!

Looks like lindsey got a lil nip of winning and he likes it.