Sometimes networks want you to know the religion involved. Other times not so much 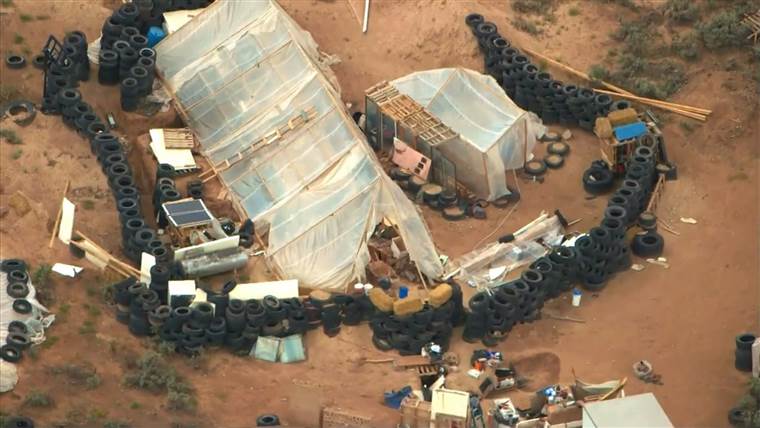 By now you’ve heard of the compound in New Mexico where children were being both abused and taught to become school shooters.

The makeshift compound — located near the Colorado border — was found shielded by old tires, wooden pallets and other debris. Upon authorities’ arrival, Wahhaj was “heavily armed with an AR15 rifle, five loaded 30 round magazines, and four loaded pistols, including one in his pocket when he was taken down,” Taos County Sheriff Jerry Hogrefe said.

The sheriff said the children, ages 1 to 15, “looked like third world country refugees not only with no food or fresh water, but with no shoes, personal hygiene and basically dirty rags for clothing.”

The only food investigators found were some potatoes and a box of rice inside a dirty trailer, the sheriff said, adding that the living conditions were “the ugliest looking, filthiest” he’s ever seen.

On CBS This Morning within five minutes of each appeared two stories. One of the compound and one of sexual abuse by a priest. First, the priest:

“abuses by Catholic priests”  Got that? Catholic. Then this segment on the compound

Watch it. There is a word missing from the report, maybe two: Islam and Muslim.

Not one word about the religion of those abusing the children. CBS did not characterize the first story as “abuses by men of a certain cloth.” No, they nailed it down: Catholic.

In one story the religion was important and in the other, well, you don’t need to know.

CBS was not alone. Washington Post? An “adult suspect.”

Obviously not Catholic or we would have heard about it. That’s the way it went for virtually all the networks:

While all three networks dedicated time to the story over the last couple of day, none of them had mentioned the ties to radical Islam. It would be one thing to not report it if it was pure speculation, but since the Taos County Sheriff’s Office came out and declared them “extremist[s],” it was a key detail that needed to be included.

“Last week, the sheriff here, the local sheriff, said that he believed that the folks on this compound — the adults at least — were extremists of the Islamic belief, but when he was pressed on that he did not follow up,” McLean explained. “I cannot stress enough here that these people have not been charged with conspiracy to commit school shooting. … This is just one singular point in a charging document.”

And there’s more. The alleged leader, Siraj Wahhaj, is the son of  Siraj Wahhaj Sr, an unindicted co-conspirator in the 1993 WTC bombing.

And there’s more. Siraj Wahhaj Sr, that unindicted co-conspirator of the 1993 WTC bombing, is the mentor of Linda Sarsour

Why would the son of the guy who led a "JIHAD CAMP" a few weeks before 9/11 and who testified for the Blind Sheikh be at an armed camp of Islamic extremists? It's a great mystery. ➡️11 kids found on New Mexico compound were there with Muslim extremists https://t.co/nm1unLU8Pa pic.twitter.com/YUefNxQjzC

I find it very interesting what networks find important for people to know and what they do not want people to know. They owe it to us to admit there are third rails they will not be touching- and explain why. Associating one religion with misdeeds and not another is bias.

Intentionally avoiding the truth- keeping viewers ignorant- makes the press the enemy of the people.