The frantic effort to bury the anti-Trump conspiracy 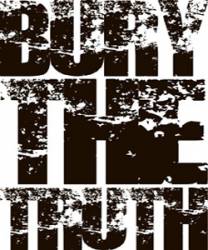 Let there be no doubt. obama spied on Trump in a YUGE way. Readers of this blog know that this is not new to us. Some of the posts are here, here, here and here. It is the depth and breadth of the spying that is emerging from the swamp and the conspirators are leaking like sieves trying to spin the narrative and distract America from the truth. And the truth is here. Watch how this transpires.

How the Trump spying began

They said we didn’t spy on campaign. When we pointed to CarterPage, they said he was out of campaign then (tho warrant allowed seizure of past campaign comms). Now, it’s undeniable they spied on campaign, so they say it was for campaign’s own good.

This could be seriously illegal.

You're saying the FISA court approved your applications to spy on U.S. persons who were not suspected of a crime? https://t.co/Xf0XunwKWy

Sure. That’s why there were no FISA warrants to spy on Russians, right?

Sure it was. That’s why the Brennan, Clapper and Comey told Trump all about it. /sarc

Meanwhile, here is some real collusion:

Special counsel Robert Mueller and his team have reportedly met multiple times with an Ukrainian politician who was in touch with Trump associates about a plan to resolve the conflict between Ukraine and Russia-backed rebels.

It doesn’t get more obvious than that.

It’s rather disturbing that while on the one hand the deep state is screaming about the dangers of identifying a spy while they leak all the information necessary to identify him- Stefan Halper.  It is equally disturbing that both the NY Times and the WaPo are acting as useful idiots for the deep state and the conspiracy. After endless denials of spying on Trump- it’s here. They did spy on Trump. The conflicting reasons as seen above would be hilarious if they did not represent such un-American activity.

The quick take on the 4,100-word opus is that the Gray Lady “buried the lede.” Fair enough: You have to dig pretty deep to find that the FBI ran “at least one government informant” against the Trump campaign — and to note that the Times learned this because “current and former officials” leaked to reporters the same classified information about which, just days ago, the Justice Department shrieked “Extortion!” when Congress asked about it.

But that’s not even the most important of the buried ledes. What the Times story makes explicit, with studious understatement, is that the Obama administration used its counterintelligence powers to investigate the opposition party’s presidential campaign.

But of course, if the FBI had had that kind of evidence, they would not have had to open a counterintelligence investigation. They would not have had to use the Clinton campaign’s opposition research — the Steele dossier — to get FISA-court warrants. They would instead have opened a criminal investigation, just as they did on Clinton when there was evidence that she committed felonies.

To the contrary, the bureau opened a counterintelligence investigation in the absence of any (a) incriminating evidence, or (b) evidence implicating the Trump campaign in Russian espionage. At the height of the 2016 presidential race, the FBI collaborated with the CIA to probe an American political campaign. They used foreign-intelligence surveillance and informants.

The duplicity of the FBI and CIA is mind-boggling:

If you or I had set up an unauthorized private communications system for official business for the patent purpose of defeating federal record-keeping and disclosure laws; if we had retained and transmitted thousands of classified emails on this non-secure system; if we had destroyed tens of thousands of government records; if we had carried out that destruction while those records were under subpoena; if we had lied to the FBI in our interview — well, we’d be writing this column from the federal penitentiary in Leavenworth. Yet, in a feat of dizzying ratiocination, Director Comey explained that to prosecute Mrs. Clinton would be to hold her to a nitpicking, selective standard of justice not imposed on other Americans.

WaPo report says, 'There is no evidence to suggest someone was planted with the campaign.' Few grafs later says, 'the professor met with Trump campaign co-chairman Sam Clovis…offering to provide foreign-policy expertise to the Trump effort.' https://t.co/Udm8Dia9lR

I’ll leave you with some tweets from the inimitable Kim Strassel:

1. So a few important points on that new NYT "Hurricane Crossfire" piece. A story that, BTW, all of us following this knew had to be coming. This is DOJ/FBI leakers' attempt to get in front of the facts Nunes is forcing out, to make it not sound so bad. Don't buy it. It's bad.

2. Biggest takeaway: Govt "sources" admit that, indeed, the Obama DOJ and FBI spied on the Trump campaign. Spied. (Tho NYT kindly calls spy an "informant.") NYT slips in confirmation far down in story, and makes it out like it isn't a big deal. It is a very big deal.

3. In self-serving desire to get a sympathetic story about its actions, DOJ/FBI leakers are willing to provide yet more details about that "top secret" source (namely, that spying was aimed at Page/Papadopoulos)–making all more likely/certain source will be outed. That's on them

4. DOJ/FBI (and its leakers) have shredded what little credibility they have in claiming they cannot comply with subpoena. They are willing to provide details to friendly media, but not Congress? Willing to risk very source they claim to need to protect?

6. Now NYT tells us FBI didn't debrief downer until August 2nd. And Nunes says no "official intelligence" from allies was delivered to FBI about that convo prior to July 31. So how did FBI get Downer details? (Political actors?) And what really did inspire the CI investigation?

The answer is absolutely. The greatest political conspiracy in the history of this country. Had hillary won, we’d never know any of it.

She wasn’t supposed to lose.