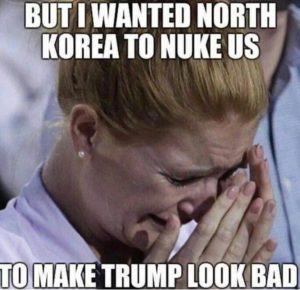 Welcome back, everyone! Let’s jump right in with this gem!

The Delusionati: How to Bring Down the Left’s Entire House of Cards

This is a must read for how we can fight back against The Radical Left – the “Moral Ju-Jitsu” gives some great techniques that are insanely easy to use!

There are a few worthwhile click throughs about how Leftist dominated states/cities are driving out residents. The post linked here has an interesting take on how to assimilate these people from a foreign culture into American life

Short post on the latest statue being removed, this time in Pittsburgh. If nothing else, read the last paragraph

Another great argument for the 2nd amendment. Not that we need any more

Good list, and a pretty scary what our Leftist counterparts believe

Bold prediction: The truth will not receive the same attention from the media as the hoax

Literally! Even I was surprised at this one, and there isn’t much left that can do that these days

When even the New York Times is presenting facts you know that things are bad.

4/30 – McCain Hammers Trump in New Book, Announces ‘This Is My Last Term’

Who knows? An Arizona US Senate seat may flip Republican.

4/30 – A new Clinton wave is coming this spring

Here’s an interesting philosophical question. Should the Democrats try to make a legal case that every time Hillary talks it counts as an indirect campaign contribution to every Republican? Any legal minds out there care to weigh in?

Yes, The Radical Left was doing their usual purring and giggling over the 100 million dead that Marx’s teaching inspired. If nothing else, scroll halfway down for Horowitz’s thoughts on Mein Kampf.

5/1 – Kanye Has Them Shaking in Their Boots

While some Conservatives have been a little bit too enthusiastic about Kanye, let’s not forget that the guy is bat (guano) crazy. This makes all the more interesting the fury that his remarks have generated from the Radical Left, as opposed to them just dismissing him as crazy. Click the link for some particularly noxious remarks from Aunt Esther

5/2 – NBC News: How Can People Who Don’t Think Trump Is Truthful Still Support Him?

Shouldn’t we want our politicians to be honest, though? Of course! But what was our choice in 2016 again? It was between a candidate who has lied and prevaricated for years … and also Donald Trump. The other candidate not only lied, but corrupted government in hiding her official communications as Secretary of State from Congress and the courts, and then lied about that for the next several years. She’s still lying about it to this day. And what happened when she got caught? Nothing. No one held her accountable at all, except finally American voters.

Basically, voters had the choice between the distrustful candidate who didn’t hate them and the dishonest one who still does hate them

Contrast leftist views on what leftists call “hate” speech directed at Muslims and the attacks on Candace Owens and Kanye West. Since Muslims can’t be evil, leftists condemn anyone who brings up the truth about the beliefs of radical Muslims. On the other hand, when blacks espouse beliefs that leftists reject, such as the right to free speech or the right of blacks to hold differing opinions, leftists engage in the most vile, hateful rhetoric, because in their hearts, leftists believe that their opinions are the only good ones and that anyone who disagrees with them is evil.

5/4 – The Media Is Killing the Democratic Party

Fact check: False. The media IS party of the Democratic party, faithfully serving as their PR wing.

And from the archives, as a bookend to the Moral Ju-Jitsu piece that led off this week’s post, here is one from almost two years ago, Is The Left’s Biggest Strength Also the Key to How We Defeat Them? (2 of 2)

And we’ve got some extra tweets this week – Twitter was in rare form!

But do go on how you oppose fascist totalitarianism.

Conservative comedian: “I’ve got some gags about women staying in the kitchen.”

Conservative comedian: “I’ve got some gags about women staying in the kitchen.”

A black person like #KanyeWest will never understand how it feels to be a white liberal who is upset about black slavery that doesn’t exist anymore.

<truck drives up to nuke lab gate>
Iranian Guard: halt who goes there
Mossad: delivery
Guard: what kind of delivery
Mossad: uh, from Great Satan, a couple more pallets of cash
Guard: wait, you're not Mossad are you
Mossad: no way Jose
Guard: ok, leave it next to the other pallets

Wife: what is this $135,000 charge on the Visa
Me: for the lawyer
Wife: for what
Me: sorry, that's under an NDA
Wife: does this have anything to do with that stripper
Me: no no no heh no
Wife's foot: tap tap tap
Me: see here's a note from the stripper proving it

On “what Leftists stand for,” I found a study that concludes the more a Leftist (Greenie) believes in global warming (or climate change) the more they feel they have a right to trash the planet.

Study: Greens Believe they have a "Moral License" to Pollute

In “denying evil,” Leftists remove the motivator from doing what is right except by force.
So, one of them invented a forced 4 minute (or less) shower curtain that makes continuing to shower impossible after 4 minutes.
It comes in two styles.
The “Trap.” http://www.elisabethbuecher.com/resources/Trap+small.jpg
And “Spikey.” 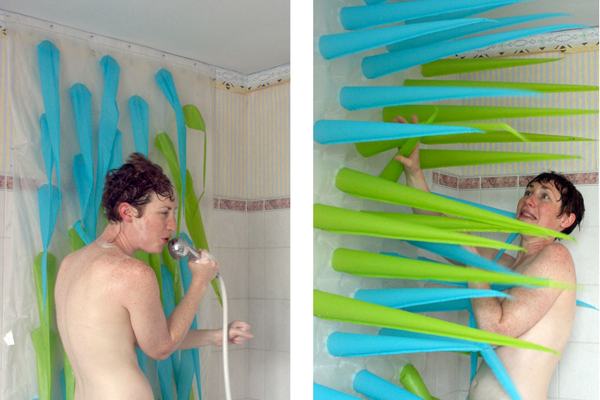 […] Flopping Aces has the Sunday Funnies (should be correct link when up). And this week in radical leftism. […]

Yes that was a CNN reporter lol

@kitt: Yeah, Vince needs his old school writers. Too many greats that used to crack me up now RIP – Macho Man, Bobby the Brain, Mr. Perfect… the list goes on

@Brother Bob: The true old school the ones from childhood used to watch Barron Von Raschke(OMG the claw!), Dick the bruiser, Verne Gagne, Nick Bockwinkel, Wahoo, Dusty Rhodes, my favorite of all time Da Crusher from Milwaukee, get the folding chairs.

When liberals move away from the quagmire they have supported and created because it has become a burden on THEM, then they try to turn their new community into what they left only confirms they have no idea what harm their policies inflict.

Yet the left STILL hasn’t mobilized to demand a change to the name YALE. Too busy?

It has come to a point where most on the left don’t know what they are supporting. They would do well to read this list and ask themselves some serious questions.

4/30 – A new Clinton wave is coming this spring

5/1 – Kanye Has Them Shaking in Their Boots

“But we also think that sometimes Kanye West talks out of turn and perhaps sometimes he needs some assistance in helping him to formulate some of his thoughts.”

In other words… you better be good n****r and not try to run from the reservation. However, this proves something I have thought for a while. While West is not quite the spokesperson I would choose, he has drawn the attention of quite a few blacks who have heeded his opinions. Why won’t these leaders of the black community do more to speak out against single parent families, drugs and violence? It WOULD have an impact, particularly if they were willing to follow their own advice.

5/2 – NBC News: How Can People Who Don’t Think Trump Is Truthful Still Support Him?

People doubt Trump’s word because they watch liberal sources, yet they approve of what their own eyes see. It is a failure of our system of education that so many cannot put 2 and 2 together.

If the left were to believe true evil exists within the heart of man (other than just Republicans), they would have to disavow much of their ideology and people they support.

5/4 – The Media Is Killing the Democratic Party

Liberals have yet to understand that their BS is enormously weak and a growing number of Americans are seeing it as such. They also don’t understand that once they are viewed as strictly BS, they will lose MORE support.