If the House Intel Committee found ANY evidence of collusion, Schiff would have leaked it already 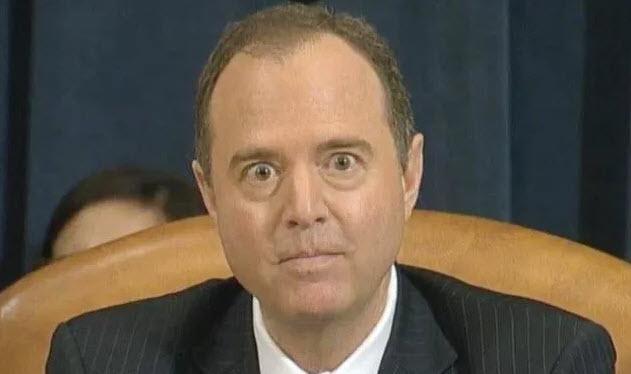 The House Intelligence Committee has ended the Russian collusion probe and concludes that there is no evidence that there was any collusion.

Republicans who control the House Intelligence Committee ended an investigation into the 2016 presidential election over intense objections from Democrats, saying they found no evidence of collusion between President Donald Trump’s campaign and Russian operatives.

The committee’s GOP leaders announced their decision on Monday, adding that they plan to release a report soon on their findings. The probe — originally intended to be bipartisan — is ending even though an inquiry by Special Counsel Robert Mueller remains underway and at least four people connected to the president’s campaign are facing criminal charges.

A draft summary of what the Republicans say will ultimately be a final report agrees with assessments by U.S. intelligence agencies that Russia conducted cyberattacks on American political institutions and sought to sow discord through social media, but not with their conclusion that the campaign was carried out to help Trump.

“After more than a year, the committee has finished its Russia investigation and will now work on completing our report,” the chairman, Devin Nunes of California, said in a statement. “Once the committee’s final report is issued, we hope our findings and recommendations will be useful for improving security and integrity for the 2018 midterm elections.”

“On a whole host of investigative threads, our work is fundamentally incomplete, some issues partially investigated, others, like that involving credible allegations of Russian money laundering, remain barely touched,” Schiff said.

Ironically, there was Russian money laundering back in 2010.  Mueller and the press smothered it so it would not affect the sale of control of US Uranium to Russia.

One year ago I said it- if there was anything to the collusion claim obama would have leaked it. Now I will double down on that:

If Pencil Neck Schiff had anything he would have leaked it already.

Schiff, who always looks like he just chugged a can of Red Bull, is leakier than a used set of Depends. He and and obama loyalists have leaked every other goddam thing- transcripts of classified Trump conversations, closed door testimony as it was happening, private meetings, and on and on. If he had anything, it would be out there. You can bet your life that the “democrat report” will be chock full of innuendo and absolutely nothing of substance.

I dared Schiff to leak the democrat memo. That was a bust.

Now I dare Schiff to leak his evidence.

demcrats are losing their grip on the narrative. There was no collusion. It was a set-up. Putin fed Steele a bunch of trash which Steele then handed to Fusion which then gave it to the Hillary campaign. Hillary became Putin’s puppet and Putin must be laughing his ass off.

Here is obama stating that the election cannot be hacked or interfered with:

Time for another flashback. It was in 2014 that Devin Nunes warned obama about the Russians:

Putin may have swapped Soviet Communism for Russian chauvinism as Russia’s guiding ideology, but the bellicose, expansionist impulse and anti-American cant remain intact. We are now witnessing small-scale Russian aggressions such as restrictions on Western food imports, a crackdown on Russia-based McDonalds, and a ban on adoptions of Russian orphans by U.S. citizens, as well as large-scale campaigns such as Russia’s widespread international cyber-attacks. (emphasis mine)

He learned of further attempts at interference in 2015, but he went on to say on October 6, 2017 that it could not happen!

There is NOTHING there. Mueller is reduced to indicting Russians who will never face a judge in the US. It has all been a scam to 1. prevent Trump from being elected and 2. delegitimize his Presidency. Now democrats want nothing more than for this to linger on infinitely. As I wrote back in July 2017 (“Trump Hunters”):

Watching liberals in the media stalk Donald Trump is like watching “Ghost Hunters”, “Expedition Unknown” or “The Hunt for Sasquatch.” With each episode they come oh so close to success, but it always remains just out of their fingers.

It is time for this charade to stop- but before those responsible for this conspiracy against Trump are held to account.

You want proof that Mueller’s investigation is completely political? Here it is:

A reminder: Manafort is being prosecuted for things he did while working for this guy, who is yet to be indicted for anything somehow. (Hint: he is the brother of the Clinton campaign chairman.) pic.twitter.com/vKxS2TyA4u