Somewhere, a crisis is missing its actor (Updated) 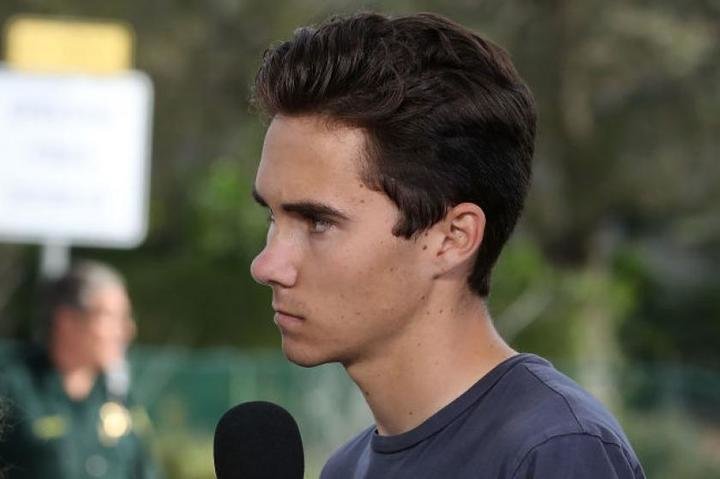 David Hogg, the little boy who would be king, is on a roll. As a student at the Marjory Stoneham Douglas school during the shooting, Hogg is everywhere. He has parlayed his experience into celebrity.

Hogg is a veteran Youtuber, with his own channel and is no stranger to seeking attention.

“What we really need is action. Because we can say, ‘Yes, we’re going to do these things, thoughts and prayers.’ What we really need more than that is action,” student David Hogg, who survived Wednesday’s massacre at Marjory Stoneman Douglas High School in Parkland, told CNN on Thursday, speaking about mass shootings in schools. “This is the 18th one this year. That’s unacceptable.”

That is patently false.

To no one’s surprise, George Stephanopoulos, the Clinton busboy who harpooned Mitt Romney on behalf of Barack Obama in 2012, set Hogg up to smear anyone and everyone he wanted to smear this morning:

Hogg was brought on after the interview with Loesch and from the get-go, Stephanopoulos was enthralled with his baseless smear campaign. “David, you see there what you’re up against. NRA against any changes in the minimum age, against universal background checks, against a ban on semi-automatic weapons,” he asked the teen.

“Honestly, it’s just disgusting. They act like they don’t own these politicians. They still do,” Hogg bitterly spat. “And what I want people to know is, look at Dana. Look at what she’s saying. Is she actually saying anything or is that just a tone to distract the American public and distract her NRA members from the fact that she’s not serving them? She’s serving the gun manufacturers.”

Stephanopoulos implored Hogg to explain how he planned to wake up the duped NRA members so they could pressure their leadership. “They have to do that. And in the same way that this is Democracy that is currently broken, the NRA is an organization that is completely broken,” Hogg declared.

You’ll note that little George outlined the goal for the left: ban on all semi-automatic weapons. But this wasn’t all of it. Hogg attributed mystical super powers to Dana Loesch:

Parkland student survivor and activist David Hogg criticizes NRA spokesperson Dana Loesch: "She owns these congressmen. She can get them to do things. It's just she doesn't care about these children's lives" https://t.co/cfOvcjtoDq https://t.co/rOqG9HzvhF

That’s pretty juvenile and outrageous. He also said something ominous

I was more than willing to let the kid speak, but his dishonesty, profound and continued lack of respect for Loesch and Rubio and his well scripted lines made clear that he is not a victim- he is an activist. An activist willing to abuse the truth. Now Hogg is on the warpath organizing a boycott of the NRA and anyone who is associated with the NRA. Here are a few of them:

Hey @Budget why do you support the NRA?

Hey @LifeLock why do you support the NRA? #NeverForget

Hey @FedEx why do you support the NRA?

But the one that really caught my eye is this one:

Anyone got a list of the biggest private donors to the NRA? #BoycottNRAElite

His intimidation and harassment tactics won’t be limited to companies. His aim is also to persecute individuals. The kid is not physically large, but he is backed by the left wing media. He’s backed by Hollywood. They have made him a star. He is a media darling. They can be expected to aid his crusade. It’s not hard to see this kid identifying gun owners- it’s been done before– and then persecuting and harassing them and their families until they surrender their weapons.

This did not go well for the newspaper but today the same tactics are far less likely to incur ire from the media.

The NRA did not shoot anyone in Parkland.

The NRA did not sell the gun to Nikolas Cruz.

The NRA would not have sold the gun to Nikolas Cruz.

The NRA did not make Nikolas Cruz buy the gun.

The NRA did not fail to make sure the kid could not buy a gun.

The NRA was not called to the Cruz residence 39 times.

The NRA did not hide while the shooting went on.

The NRA would have gone into the school.

Yet Hogg blames the NRA- solely. Not the Broward County cops, not the FBI, not the social worker, no one except the NRA. Getting rid of the NRA will not stop killings.

Curiously, Hogg excused Scot Peterson, the deputy who wouldn’t enter the school during the shooting.

“Who wants to go down the barrel of an AR-15, even with a glock? And I know that’s what these police officers are supposed to do, but they’re people too.”

No word on how Scot Peterson would know it was an AR-15 without entering the building.

Hogg is now a political vigilante. He dropped his victim mask. He’s added Rick Scott to the blame list while not a single democrat ( i.e. Scott Israel)  takes any blame.

Somewhere, a crisis is missing its actor.

This says it all 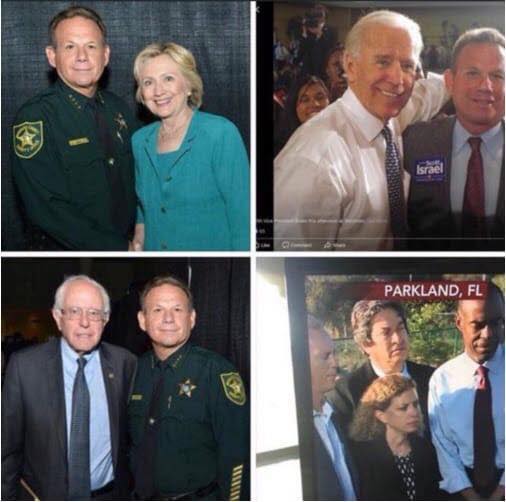 The evolution from shooting victim to full blown political opportunist is complete: