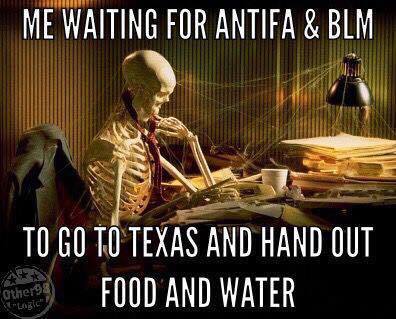 Texas is suffering a major disaster due to Hurricane Harvey and countless people are volunteering and donating. The Cajun Navy in particular, has done wonderful work:

One volunteer rescuer with the Cajun Navy, identified only by his first name, Brandon, told local ABC Houston station KTRK-TV that he came from Hammond, Louisiana, in order to assist with the rescue efforts, adding that he hopes to “give back.”

“Because Louisiana has always had its fair share of hurricanes and everybody has always showed up for us, so it’s time to give back,” Brandon said.

“The Cajun Navy, they pretty much step up and make it happen,” he added, saying that they prioritize rescuing elderly people and children, “and then whoever else hollers they need a ride.”

Joe Martinez, another citizen rescuer and member of the Cajun Navy, told KTRK that he came from Lafayette, Louisiana, “with a group of 10 boats … and everybody went and tried to save some people.”

“We have meteorologists,” Martinez added. “And everybody is volunteer, they dispatch, calls come in, people find it on Facebook, whatever, they post a call, they just get the information out.”

Nothing else mattered – not race, not political leaning, nothing except for saving people

Houston has brought out the best of America. But there are notable absences among the rolls of those who are helping. They include:

The antifa (not any of them)

The cast of The View