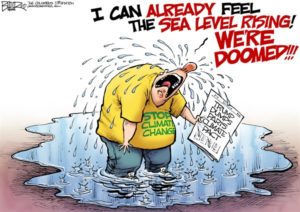 I don’t know, maybe if they balance it out with jerseys for Conservative causes this could work

Police focus on the real threats to its citizens’ safety!

He must have been a Trump supporter, right?

There’s nothing like watching the Radical Left eat their own!

6/13 – Rep. Hakeem Jeffries: ‘Every Racist in America Voted for’ Trump

“So many folks dripping in hatred flocked to his candidacy.” Yep, this is the party of diversity, inclusion, and tolerance!

This week’s edition of the best racism coming from the Radical Left!

“I think you’re gonna need a bigger website.” – I’m sure he thought this was a good idea at the time…

6/16 – Could Illinois be the first state to file for bankruptcy?

Yep, this is the model for what the Radical Left wants applied nationwide!

Have a great weekend everyone!

Despite the leftist violence, we mustn't succumb to liberalphobia and instead show tolerance to those who wish us dead. #NotAllBernieBros