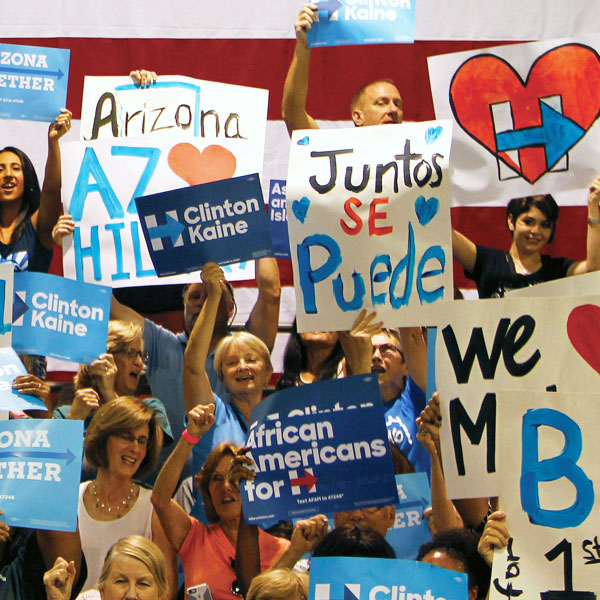 For all of barack obama’s tenure as President of the US democrats have savaged every criticism of obama as racism. It was the multi-tool dog whistle, blown at every opportunity.

Eric Holder, the AG for “my people” , saw racism in every obama criticism.

The infection spread even to ESPN.

It is stunning that reporters cannot see the absurdity and racism against white voters in their assumption that Tea Party membership (pushback against Obama’s agenda) equals racism.

For the first time in U.S. history, are Americans required to submit to their president’s agenda or suffer the mainstream media and Democratic party branding an R on their forehead for racist?  Does our president’s skin color repeal our right to disagree with government?

The MSM and Democratic Party declaring all opposition to Obama’s agenda racist is a despicable divisive tactic.  They are exploiting Obama’s skin color to further their socialist/progressive agenda (full-court press hostile government takeover of our lives).

Another question repeatedly asked by reporters is, “If the Tea Party is not racist, why are its members mostly white?”  I reply, “Could it be that a majority of black voters are ill-informed, clueless, and/or racist?  Why are you making the Tea Party responsible for blacks not showing up?”

In 2008, when I heard presidential candidate Barack Obama tell Joe-the-Plumber that he wanted to spread the wealth around, I knew Obama was a socialist and the wrong man to lead my country.

To my utter amazement, who Obama is as a human being and his plan for America were totally irrelevant to my family, my friends, and 96% of black voters, including some black conservatives and Republicans.  It was a black code thing.  Support the brother no matter what.

We weren’t allowed to disagree with obama without being vilified. We weren’t allowed to object to his apologizing for the United States in Arab countries or to the stimulus we knew would fail or to his shoving obamacare down our throats when we knew it would fail or to his paying ransom to Iran or to his constant lying. We aren’t permitted to object to obama throwing open the borders to illegals and the costs imposed upon us for his largesse. We can’t be fed up with obama’s galactically sized ego and his insufferable narcissism.

No, we weren’t allowed any of that because it would immediately cause the racism dog whistle to be blown despite the fact that absolutely none of it had anything to do with race. Race became the tool to beat down the opposition. It was the means to the end. Kevin Jackson:

Consider that nobody is ever accused of being racist for disagreeing with white presidents. Mexicans disagreed with most white Republican presidents over America’s immigration policy. Many deranged Mexicans believe we should open the country up to them, some saying that much of America belongs to Mexico anyway. They are not called racists.

Liberal blacks have disagreed with most Republican presidents since Eisenhower, yet these blacks are not considered racists. In fact, when blacks had sanity and disagreed with the policies of racist white Democrat presidents, nobody accused black people of being racists.

Fighting for one’s civil rights was not racist then, nor is it racist now. Blacks (and Republicans) were on the side of righteousness, when they disagreed with the racist policies of Andrew Johnson, and adopted by every Democrat president since.

Never has a black person been called racist, because they didn’t like one of the white presidents’ policies. Blacks were just exercising their First Amendment rights to speak freely. Blacks have disagreed with policy positions of about every Republican president in the modern era, including those who have helped them.

democrats have lived on identity politics for eight years and they show no signs of abandoning it. They are so infected with it that they are using it to indoctrinate and ruin their children over the loss of an election.

Well, with the departure of obama the “racism” identity politics theme has thankfully expired and a new one is required for the left.

Rep. Tim Ryan, an Ohio Democrat, is mounting a challenge against House Minority Leader Nancy Pelosi, and argues that Democrats are hurt by a paint-by-numbers view of politics. “We try to slice the electorate up,” Ryan said on “Meet the Press” over the weekend. “And we try to say, ‘You’re black, you’re brown, you’re gay, you’re straight, you’re a woman, you’re a man.”‘

But the democrat elites, despite their party being in tatters, refuse to be pried off the identity politics rock. Last night they melted down in what normally is a reasonably cordial event.

At one point, Clinton campaign communications director Jennifer Palmieri told Trump’s team, “I would rather lose than win the way you guys did.”

“The platform that they gave to white supremacists, to white nationalists, is a very, very important moment in our history,” Palmieri said.

“Do you think I ran a campaign where white supremacists had a platform?” shot back Kellyanne Conway, Trump’s campaign manager.

“You did, Kellyanne. You did,” an emotional Palmieri responded.

Then Conway dropped the hammer:

“Do you think you could have just had a decent message for white, working-class voters?” Conway continued. “How about, it’s Hillary Clinton, she doesn’t connect with people? How about, they have nothing in common with her? How about, she doesn’t have an economic message?”

Perhaps the most eloquent and accurate diagnosis of the election came from someone in the rust belt- the Chairman of a local democrat party:

“Look, I’m as progressive as anybody, okay? But people in the heartland thought the Democratic Party cared more about where someone else went to the restroom than whether they had a good-paying job,” he complained. “‘Stronger together’ doesn’t get anyone a job.”

This morning Tucker Carlson argued that politics is no longer about competing ideas. democrats are framing arguments as right vs. wrong with them alone being right and anyone who disagrees for any reason is evil, racist and a white supremacist. He’s right and it inevitably will result in a further diminution of the democrat party. Uber-smug democrat strategists no longer have the racism canard to bludgeon the opposition and the new one has already failed.

Back in April Froma Harrop wrote an astonishingly prescient article:

Meanwhile, the seeming obsession with minorities and women sends a “don’t bother” sign to the white working class. Hostility toward dark people doesn’t adequately explain why so many struggling whites have decamped for the Republican side.

Consider how a white working guy might respond to a headline like this one: “White Man or Black Woman? Senate Race Tears at Maryland Democrats.”

The subject is the Democratic Senate primary race pitting Rep. Donna Edwards against Rep. Chris Van Hollen. The “conflict”: Edwards, a black single mother, may be an attractive candidate, but Van Hollen has a long record as an effective progressive in Washington. There is no reason for liberals to abandon him unless they think race and gender are reason enough.

This election was the culmination of the left’s attempt to fragment and splinter the population, pandering to ethnic groups at the cost of America as a whole. Trump recognized this:

Trump’s magic formula has been to crush a political correctness that habitually puts white men in the stocks while breaking with the Republican Party on positions that hurt the working class. A toned-down Trump would move from a tropical storm to a Category 3 hurricane threat for Democrats. And identity politics would not be their friend.

Live by identity politics, die by identity politics. I’ve long thought that “celebrate diversity” was one of the greatest poisons ever in America. It is.  democrats have delighted in taking the melting pot off the stove and replacing it with a thousand smaller separate pots. That’s in large part why we’re a divided nation.

democrats have discarded E Pluribus Unum and replaced it with Ex Multis, Etiam.