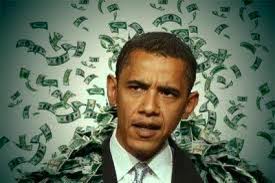 The biggest extortion racket in world history has been directed from the Oval Office and managed by two Attorney Generals, Holder and Lynch. Never have such vast sums been extracted from any entities and never have such sums been applied to the construct of the massive conceit of one person.  Exceeding all parameters of reason, the current Administration  has taken advantage of the financial assault on Americans by banks and financial institutions, to build a glorifying legacy that makes Bill Clinton jealous.  For an additional measure of abuse, .  . . the billions came from taxpayers.

The losses from mortgage-backed securities alone were estimated at between $750 billion and $1 trillion, and 7 million people lost their homes.  How much restitution have YOU received on your losses and harm inflicted by the fraudulent activities of banks? Ask yourself, did you or anyone you know receive restitution for losses incurred? Did you, or anyone you know receive any of the billions Obama has collected from the banks?  Why not? 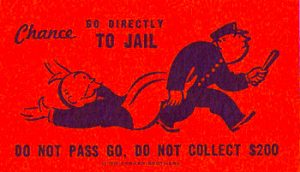 I have written previously here on FA of the billions in fines which the Obama Administration has imposed on the major banks for the frauds that created the crisis, and that not one of the senior executives responsible went to jail.  Obama used the occasion of these billions in fines to launch his own private redistribution organization, using none other than the Justice Department. What’s another two hundred billion in fines when the deficit is nearing $20 trillion, trillion with a “T.”

A river of cash slipped by your home on its way to Obama’s gulf of allies, his pet projects, his deification, his legacy, . . . . and the MSM ignored the torrent of redirected billions. To add insult to injury, few of the funds ever reached the victims, and billions of dollars cannot be accounted for, are not being accounted for, and will never be accounted for.

Imagine yourself for a moment in the position of CEO of one of these banks. You and your comrades received billions in bonuses. You and your comrades have manipulated your agency, The Fed, to wash cash through your coffers at near zero interest rates. The helicoptered cash has flooded the stock markets and your public share values have hit historical highs.  You and your comrades created complex mortgage backed derivatives bundled and sold to large funds and governments.  You knowingly pushed the distribution of mortgages onto household which could not afford them, (sure, they should have known, and buyer beware, but really? You were just doing what Bill Clinton’s Admin had pushed you into?).  Some governments, such as Iceland’s, bought  your false sales pitches and eventually had to declare bankruptcy.  Millions of Americans suffered, many were evicted, many slid into bankruptcy, and your impact on the economy created millions of unemployed.   You had full knowledge of all major decisions made within your institution. The numbers were enormous, and you  and your comrades profited more than anyone has ever profited in the history of America.

Now along comes the Obama Administration to take advantage of this historical event.

The Obama Administration offers you a deal you can’t refuse. The deal is simple — you’re safe from personal charges, and safe from charges on such things as racial profiling your mortgage clients and so are your senior executives, and the cherry on your cake, . . . you get to keep the billions you took in bonuses and stock options prior to, during, and after the financial crisis.

All you have to do is agree to have your bank cough-up billions of dollars in fines and fees. No courts involved so there will be no embarrassing thrashing in public, your privacy is assured, you will not have to admit to criminal wrongdoing, and no one will come after you. The toxicity of your decisions will be smothered and will vanish from collective consciousness.  And one more minor thing, . . . each dollar you funnel to an organization of the Admin’s choosing, wipes seven dollars off your total fine — a 1 for 7 deal.  The Obama Administration will tell you where and when that money is to be shelled-out.  How can you refuse?

This is an easy decision for you.  Your shareholders don’t care, since you’ve taken care of their publicly traded shares with redirected cash from The Fed printing presses.  Your bank’s profits are coming in higher than ever — how can it not when you get to make loans at whatever interest suits you since your cost on the cash is zero.  You can turn this into a “line-item” expenditure.

You think a moment about that mansion you’re building on Long Island, and the running costs on that private jet you bought last year, . . . the decision is easily made.  You sign-on for the Obama redistribution program and agree to any and all long-term support for anything this Administration demands of you.

Obama used the DOJ to shakedown the banks, and used numerous organizations to funnel the cash using motherhood-and-apple-pie names like “Main Street Relief,” the National Urban League, the National Community Reinvestment Coalition, La Raza, government employee unions, or more recently the Residential Mortgage-Backed Securities Working Group.  All levels of government also get a taste as long as they are promoting the Administration’s agenda.  This brings “community organizing” to new, never dreamed of heights.

Does anyone recall the billions that these banks received in bail-outs? Those billions were borrowed on your behalf, you the taxpayer, and they were plowed into the large banks —  Obama then told the banks to cough-up billions in fines/fees which he could redistribute to strengthen his political base at street level across the country, and fashion a long-standing monument to his infallible greatness.

Fines are in a burden on the bank shareholders, but in these cases, the taxpayers are the ones who provided the bailout cash, so they suffer the burden. They were never intended to provide relief to consumers who were harmed or to the banks who committed the frauds.

It is no surprise that millions of voters want to get rid of this Administration and many in the sitting Congress.  America cannot survive this level of corruption at the top.