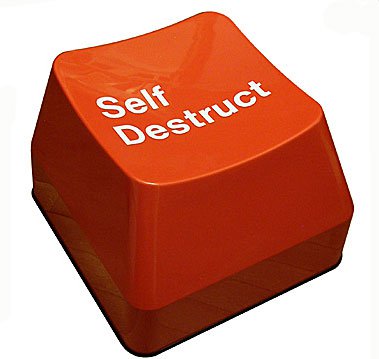 There are many toxic aspects of multiculturalism but one of the most wicked concerns the way it has brainwashed the majority of white people to be ashamed of their own race on some level. Even proud white patriots on the so-called alt-right who are strongly opposed to the relentless transformation of their nations have been infected by this brainwashing to some degree as you’ll now discover.

It’s important to remember that multiculturalism is a deception created by Marxists to bring about the destruction of the capitalist West. It’s a concerted attack on Western civilization and has nothing to do with equality, diversity and enrichment and everything to do with creating a global, stateless society.  You can read more about how Marxists created this pernicious ideology in my piece: “Why Multiculturalism Is As Wicked As Nazism”

To achieve this nefarious Marxist aim, one race and only one race must be singled out and blamed for the evils of the world: The White race. It must disavow its identity, surrender its territory to hordes of immigrants and dilute its culture. Multicultural dogma proclaims that all races are equal, all cultures are equal and tolerance is the finest virtue the people of the West can possess. Any whites who have the audacity to reject multiculturalism and oppose this invasion of their land will be charged with the hate-crime of racism.

So powerful is this racist hobgoblin, it’s cowed almost an entire race into meekly accepting the surrender of its territory and eventually, its own replacement and demise.

How does this terrorizing of one race work? It begins by rewriting its history to portray it as an evil race that has invaded and occupied the territories of other races. These invaders stole precious resources and enslaved and oppressed the poor people they conquered. Therefore the white race is a warmongering, greedy race that has inflicted untold misery and suffering in all of the lands it invaded.

When whites invaded America they stole the land and persecuted the indigenous Red Indians. They did the same to the Aborigines in Australia. Colonial rule in Africa oppressed and enslaved the indigenous black African peoples, with blacks in South Africa and Rhodesia forced to live under the inhumane system of apartheid.

For these heinous sins – and many more – the white race must atone by surrendering the human right to preserve its identity and culture and accept forcibly imposed multiculturalism.

Let’s look at a couple of these scurrilous accusations to show how even people who are opposed to multiculturalism and the creeping Islamization of their lands have fallen for them.

The Trans-Atlantic Slave Trade is continually cited by leftists and black human rights activists including President Obama to lambaste the white race about its cruel racist history. In 2007, guilt-ridden white Britons including then Deputy Leader of the anti-British Marxist Labour Party John Prescott even organised a march of contrition where working class people donned shackles and apologised for a crime none of them committed. However, the worst enslavers of black people are blacks themselves yet the long history of black-on-black slavery is ignored as is the fact that this enslavement continues today.

Also conveniently ignored is the East-African slave trade operated by Muslims who began enslaving Africans some 300 hundred years before whites set foot on the Dark Continent. And this slave trade still continues today. But you never see either Muslims or blacks feeling any guilt about their long diabolical histories of slavery. They’re quick to point out the sins of whites though.

Then there’s the accusation of apartheid – segregation – in South Africa and Rhodesia. If you ask any white for their opinion on apartheid, I guarantee 99 out of 100 will say it was an evil crime against humanity. Most will believe whites stole the land from the indigenous black Africans and then persecuted them and excluded them from society via the implementation of apartheid.  This criminal and oppressive segregation denied blacks education and employment opportunities and it was enforced by brutal laws.

I’ll bet my bottom dollar that most people who read this piece will believe every word of the above paragraph. Having lapped-up the anti-white narratives spun by devious politicians and the duplicitous media, it will simply never occur to them that every word of that paragraph is an outright lie. But why spoil anti-white Marxist propaganda with the actual truth about white rule in South Africa and Rhodesia? So effective are these narratives they disinherited white Africans from their own land. We’re talking about two gleaming diamonds in Africa’s crown, two modern, successful nations built by the blood, sweat and tears of whites just handed over to black Africans who had no right whatsoever to either of those titans of Western civilization.

Another nation to fall victim to false Marxist propaganda is Serbia. Singled out as the problem child when civil war broke out in Yugoslavia, a relentless anti-Serb campaign turned the entire West against its once Christian ally. Serbs were falsely accused of committing atrocities including genocide against Bosnian and Albanian Muslims. These accusations led to NATO intervening in the war and bombing Serbia into surrender. There are even people in the counter-jihad and among the alt-right who believe the Serbs deserved their fate because they were committing ethnic cleansing and genocide of Muslims.

Once again the majority of media-led Westerners are completely unaware they’re being deceived. In 1992, after years of rising nationalist tensions between member states, the Socialist Federal Republic of Yugoslavia erupted into bloody civil war.  But there was another aspect to this conflict that is barely ever mentioned. What the entire Western media conveniently concealed from the people of the West is that the Bosnian Serbs were also being hit by Islamic jihad.

With this fact deliberately omitted from media reports on the conflict, the Bosnian Serbs were falsely accused of being the aggressors who wanted to create an ethnically pure state. However, the truth is that the only crime the Serbs committed was to wage brutal war against brutal jihad. But by bombing Serbia into submission, NATO sided with Islamic jihad and the west is now reaping what NATO sowed. Indeed, thanks to NATO, Bosnia is now a hotbed for jihad, and the “holy war” that came to the doorstep of the Serbs is now spreading to Europe and other Western nations.

Few westerners have made the connection between the war in the former Yugoslavia to the jihad hitting the West today. Blinded by the need to believe the strong Christian Serbs were oppressing the poor weaker Muslims, the anti-Serb hatred whipped-up by false media narratives still burns strong in many westerners.

As Islam spreads throughout the West, how many naïve westerners are desperate to believe it really is a religion of peace? I’ve even heard people who are part of the counter jihad claim that all Muslims aren’t terrorists and that most are peaceful. Such a claim ignores what Islam is, its 1400 year history of non-stop holy war – jihad – waged against unbelievers of all faiths and of course, the barbaric Islamic legal system the sharia. Polls show that the majority of Muslims want to live under sharia. Therefore they cannot be peaceful.

Yet dare to point out these facts and self-hating whites will accuse you of Islamophobia and the tried-and-trusted smear, racism. These guilt-ridden, brainwashed zombies will deny the superiority of their own magnificent culture to side with the Islamic enemy purely because they want to believe in equality of race and culture. No matter how contradictory the evidence, these sell-outs believe that somehow, someway, all peoples can live together in a kaleidoscopic utopia. Especially if whites just stop being…well, white.

Do you see the thread here? Only whites are being singled out as problem children.  They’re being scapegoated for sins committed by all of humanity. And when reality unfolds in a way that contradicts the multicult fantasy, it’s always whites who are to blame. This explains why the drive for a multicult utopia is only taking place in the West.

Due to this constant brainwashing of whites to hate themselves and their history, the majority of whites now refuse to accept the critical importance of race out of fear of being called a racist. Cowed by this malicious Marxist thought-control weapon, they’ll meekly disavow their identity and proclaim admiration for prominent figures of other races such as Barrack Obama, Ghandi, Martin Luther King, and most prominent of all, the black messiah Nelson Mandela. Furthermore, they’ll adopt alien cultures such as black music, revere non-Western religions such as Buddhism, Hinduism, Sikhism, and delight in Far-Eastern cultures believing them to be equal to their own or even superior.  They’ll even tolerate Islam, an ideology that commands Muslims to wage war on unbelievers until the world belongs solely to Allah.

Should any white dare to disagree and wish to preserve their identity and culture, they’ll be smeared as racist, “far right” Nazis or Fascists. The zombies who hurl these insults haven’t got the intelligence to realize both are in fact Socialist – leftist – ideologies.  Seems they’ve completely forgotten about the far worse threat posed to humanity by socialism and communism. Just look at what happened in the USSR, China, Nazi Germany, Eastern Europe, Vietnam, North Korea and Cuba.

Intimidated by these bullying tactics, whites who do oppose mass immigration will call for a compromise. Instead of calling for an end to immigration, they’ll support limited, strictly controlled immigration and give up their human right to preserve their identities and cultures for future generations. Sugary-sweet platitudes will be regurgitated such as “controlled immigration will bring diversity without diluting our culture”, “they’re just people looking to live a better life” and “we’re all human, all lives matter.” Not to other races they don’t. Other races will not surrender their territories and dilute their cultures in the same way whites are doing – rightly so. And they won’t care a jot about the lives of whites whose territory they are invading.

By compromising in this way, they’re doing the left’s work and enabling the further destruction of the West.

When it comes to the spread of Islam, lands conquered by Muslims remain Islamic. North Africa, Turkey, Pakistan, the Middle East aren’t multicultural states but monocultural Islamic ones. And as more and more Muslims enter the West, the more Islam spreads and the more western Judeo-Christian culture is diluted.  Such a dilution would never occur in Islamic states.

The majority of the white race is not learning critical lessons from history and is ignoring the rules of Mother Nature. By pursuing the multicult utopia, they’re refusing to accept race is vitally important and that life is a competition. History shows those who refuse to preserve their identity and defend their territory will be replaced by those who will. African blacks and Muslims have done it throughout their brutal histories.

You don’t see Muslims or blacks treading on eggshells because of what their ancestors have done as the majority of whites are now doing.  No other race has taken the whole of mankind as forwards as whites yet somehow, whites are deemed the problem race and therefore they have no right to their  territory. War is all about territory. Multiculturalism is brainwashing an entire race to surrender its most precious resource and if it continues, future generations of whites will either be disinherited from their own lands or face fighting a brutal war to keep them.