Obama and Your FREEDOM: Obama Capitulates, Gives Away America’s Control Of The Internet’s Core

Today, no one seems to be paying attention to another Globalist-Obama American Freedom shrinking program.  In breech of America’s constitution, Obama is handing off America’s control of the Internet.  The MSM is asleep at the switch on this capitulation.  A capitulation no-one is imposing on him — so why the rush?  And yet, serial capitulator Obama will make this his final major act.  It’s your freedom.  You should care. We should all care.  Why?

The Domain Name System (SNS), is a complex system which enables all devices on the internet to communicate through the translation of human-friendly names into computer communications friendly numeric addresses. At the heart of this system are central computers called root servers which disperse the information to scattered computers enabling global confirmations of addresses, stability of communication, and the tracking of interaction protocols. What many of us don’t realize is how complex the system really is to be able to send us to correct Internet addresses rather than to imposters and fraudsters.

Having spent much of my business life in the high tech world, I have intimate familiarity with the more intricate challenges underlying the processes and that without diligent stewardship of this ‘heart of the Internet’, at the top level of the infrastructure (the front end), I would not be able to publish this article, and you would not have access to it.

Without the assurance that is provided by an America-controlled heart of the Internet insuring any degree of freedom, you can wave goodbye to your ability to access independent thought through your computer on the Internet. IP addresses and communication between them will become suspect. Their capacity to become compromised and otherwise exploited will increase exponentially.

ICANN is currently under contract to the Commerce Department — a contract which expires tomorrow.

Foreign powers, including China, India, Russia, and Iran, want to pull this control from the U.S. so that they can more effectively manipulate the Internet through an off-shore faceless entity ITU, a sub of the bungling UN.  We already know these countries censor Internet access within their borders.  China even bans use of words such as Freedom, Liberty, and Democracy.  Control of the ICANN system will enable extension of censorship to American homes. This control would enable foreign dictatorships to disable web sites that displease them, sites well beyond their own borders. 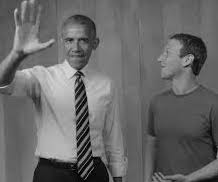 Are we not already concerned with Internet security?  Didn’t Yahoo recently get 500,000,000 accounts hacked? Apparently, these companies have learned to lie and obfuscate, telling us, “this will assure the continuing security, stability and resilience of this system. Furthermore, crucial safeguards are in place to protect human rights, including the freedom of speech.”  Sounds like they learned lessons from listening to other speeches like those about “Keeping your Doctor”.   They and members of Congress are telling us that the ‘transition,’ “Will not only be efficient, but will be also in the best interest of the freedom of the American people and the global community”.

Obama is responsible for the current international Power Vacuum and he is about to further abdicate American influence as he spreads that vacuum to the Internet. We are about to be subjugated to foreign control and censorship.

So much for freedom of speech, and so much for advancement and education which Internet interaction has spawned.   ICANN will in future operate without antitrust oversight and zero recourse when your First Amendment rights get stomped on.

Americans were responsible for the Internet and its creation, much to the consternation of Al Gore, and other nations have enjoyed access to it and everything it offers. It is and should remain an environment for open, unconstrained, and free expression where learning and growth are possible.

All of Congress should stand against Obama’s UN-subserving move, and block this irreversible action. Senator Cruz seems like the only adult in the Congressional hall, hard-vocalizing against the hand-off. The MSM pretends the ICANN transfer of control is of little import and doesn’t deserve attention — as in, who cares who controls domain names?

How is this NOT of National interest?  Why is the great Capitulator being given a free pass on this transfer by almost all media and most of Congress?

In a matter of hours, it will be too late.  This hand-over should not stand.

As if we another example te to tell us how much this pResident hates America and the American people.

And a democrat lackey who posts here declared him to be the greatest president in history.

Sadly, all Dems in Congress as well as most of all GOPe Republicans are globalists who favor the turnover.
While I might not understand all the in’s and out’s of this issue, I know it will probably be bad for American internet users.
Fake sites will abound so watch out when you share your financial matters.

@Nanny G: #2
Nanny G, the “pro hand-off” crowd wants the debate to appear to revolve around complicated technological concepts, but it’s very basic in its simplicity.

As I note above, the Internet started in America . . . not surprisingly. Even though there may be billions of users outside our shores, America is the ONLY place where principal elements of its core should reside.

The Internet is the epitome of freedom of expression, at least for now, and should remain so. America is the only place where it has a change of retaining any vestiges of that freedom . . . . unless capitulator Obama’s policies and politics continue for another 4 years, of course.

How much will our military and intelligence be compromised or crippled by this latest Obama attempt to kick the legs out from under America.

There is a movement to start a new, “Free” as in freedom, internet. I find this to be a novel concept that I hope gains momentum. An internet free of Leftist “Guidance and Control” i.e. Facebook, Google and many other Leftist stooges is a refreshing idea. Let the corrupt U.N. and the Leftist dreamers have their internet. Let’s start over and learn from our mistakes.

@Skookum: #5
Skook, there’s hope someone will break through, although all attempts have the Google/Facebook/Amazon monsters to deal with. They are advancing their own technologies, attempting to move much of the process to software rather than hardware dependence. As always the principal challenge is security.

One group, MaidSafe, is trying to use the blockchain type technology to float on top of the existing Internet highway, and takes a very different approach to how data is transmitted including making your computer part of their network. I don’t see it as an answer, but blockchain will become more prevalent for other purposes.

We’ll see major new advances, unfortunately, the monsters we need to get away from have hundreds of billions of dollars with which to control the advances. Their cash hoards are difficult to say no to when a creative engineer comes up with new ideas and solutions.

He has very effectively used the Smile-over-the-lie and Clinton is trying hard but failing to copy him.

“I will consider it a personal insult — an insult to my legacy — if this community lets down its guard and fails to activate itself in this election. You want to give me a good sendoff? Go vote.”

Raider admonishes Obama for being soft on Russia but fails to mention that Trump loves Putin and is in debt up to his neck to Russians. Russian are THE major buyers of his NYC high end properties.
Show us your taxes like you promised donald

@John: OK, let me preface this with the acknowledgement that I already KNOW you cannot provide any evidence to support your idiotic accusations, but what the hell… let’s go for it.

What is the basis for your assertion that Trump “loves” Putin. Or, that he is deeply in debt to Russians? Also explain why you are so interested in details of Trump when you are willfully ignorant and oblivious to any about Hillary? Hillary is deeply indebted to the Russians, Saudis, Qatar, and numerous other nations and corporations, plus Wall Street, thanks to the enormous contributions (aka “bribes”) she has received. Hillary has openly and repeatedly lied to Congress and the FBI about matters of national security; what does Trump have to compare to that?

“Is ICANN bound by the First Amendment?”

“I think you know the answer to that question.”

“I’m asking you for your views.”

“To my understanding, no.”

That is all that many Americans need to know.

@kitt: Liberals don’t really think about what the idiots they support are doing. They just follow along and do what they are told.

@Bill… Deplorable Me: It was the citizens of the USA that paid for the development it belongs to the citizens. The Democrats have such problems with technology, mostly the executive branch. None of them can preserve emails, security is a complete non starter, even creating a non working website costs billions.