Lest voters forget, the Clinton cheerleading attempts to make a name for herself in an anemic and paralyzed Administration all failed, and no attempt is more revealing of her naivety, and inability to make astute decisions, than the calamity we now know as Libya.  She championed the devastation of Africa’s most successful nation and  stable plug on the African cauldron of terrorism.

A Secretary of State having her own server  through which she conducted the Nation’s business and then destroying tens of thousands of emails is obviously a strong indicator that something is not right with this leader, and that there is much she is hiding.  Nevertheless, she will be protected by the Administration, the DOJ and the FBI.  It will come to naught.  It will be more of a one-legged ‘seagull’ dismissed by an obsequious media, than it will be the hulking albatross all evidence and common sense prescribe that it be.

Benghazi?  There is no doubt that Clinton’s incompetence failed her ambassador and three brave souls who tried to defend America’s presence in Benghazi.  She already had in hand the evidence that Benghazi, on Libya’s eastern coast, had become an Al-Qaeda stronghold and a nest for rebels. Clinton had received repeated pleas for armed support.  Clueless? Indecisive?  Afraid? 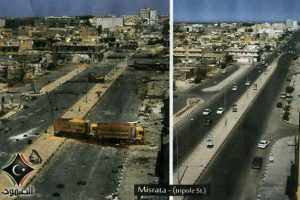 Is there doubt that she was influenced by the fact that Saudi Arabia, the UAE, Bahrain and Qatar, who supported the Libyan rebels and wanted Qaddafi brought down, had contributed to the Clinton Fake Foundation (only 6% gets to the disadvantaged)?  Although Clinton and Obama professed that NATO supported the “elimination” of Qaddafi, the reality was that it was Sarkozy who was pushing for holding France’s tenuous influence in North Africa.  Sarkozi wanted control of Libyan oil fields and hawkish Clinton was desperate for an opportunity to “act” forceful.

Libya presented her with that possibility — an opening that seemed without risk, to her insecure self and to her weak reasoning capacity.   It was all about ego. Her ego. Any excuse at pretence of being powerful on the world stage would do.  This would be the crowing achievement of her habitation atop the State Department.  Her ignorance of everything Middle Eastern was made worse by the fact that she’s someone who evidently doesn’t know what she doesn’t know. She epitomizes, ignorance is bliss and naivety is glorious. 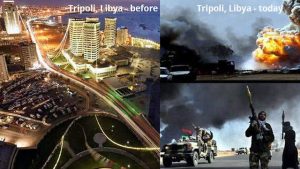 With over 48 billion barrels of oil under its soil, Libya stands as the 9th biggest reserve in the world, and the largest in Africa.  For years and until Qaddafi was assassinated, Libya produced 1.6 million barrels per day feeding Europe, and even the U.S. Afterwards, exports collapsed to 80,000 barrels a day. Today reports are that production in nearing 320,000 barrels per day — still far from what it can export.

And then there was Qaddafi’s GOLD.

Qaddafi had over the years accumulated massive silver and gold reserves.  It is estimated that he held somewhere north of 140 tons of gold and an equal amount of silver. By international standards, this amount was not earth-shattering, yet it was significant enough to potentially have impact on Africa, the Middle East and Europe. This gold hoard was to be Qaddafi’s foundation for a pan-African currency based on a ‘gold-backed’ Libyan Dinar. Qaddafi had plans. Big plans.  How dare he think he might create a competing influence to European central banks?  How dare he?

So the always pandering media told us stories about Qaddafi’s horrendous attacks on his own people.  What people?  Terrorists, actually.  Terrorist who had taken control of large parts of Libya.

Military intervention and government replacement in Libya had nothing to do with altruistic objectives. And yet, the Administration’s meme stuck — Qaddafi was a threat to all Libyan civilians, and perhaps even to civilians well beyond his borders.  Wait long enough, he might even be a threat to all civilians of the world.   A weak Hillary Clinton in need of image polishing for her long-term objectives, was played and used by an even weaker Sarkozy also attempting to play ‘strong man’ in a nation tired of his antics.  Surely, if Putin could do it, he could do it.

We have known since long before the 2008 election that Obama couldn’t make decisions, as evidenced by his “present” voting practice, and his weak, dithering, and apologetic approach to America’s position on the world stage, however, Libya is proof of Clinton’s lack of discernment and judgment.

The media had done an effective job of selling all the justifications, and couldn’t wait to air video of Qaddafi’s horrendous final moments on an infinite loop.  Clinton and Obama had triumphed.  They had slain the Libyan devil — an easy target who had unapologetically killed Americans, even if he had in recent years co-operated with the U.S. in its fight against Al-Qaeda.  Smugly congratulating herself, Clinton spiked the football with, “We came, we saw, he died!”  Her level of incompetence, however, glowed in plain sight. One didn’t need to be gifted with much talent to recognize the complete disaster Obama and Clinton had created.

Such narcissism is incapable of learning from history — they were even oblivious to the recent history lessons that Iraq might have informed them on.

They decimated a country whose economy had produced an average per-capita annual income of $12,250, enough to make some European countries blush. What other African country had free health care, freedom for women, or free education? None.  Libya had developed a reputation as the most advanced country in Africa.

Obama and Clinton had no plans for anything following their triumph in destroying Libya, other than gloating.

– No plans for control of the devil’s substantial and sophisticated armaments.

– No plans for control and protection of the oil fields.

– No plans for, or understanding of the rebels and who they really were.

– No plans for what to do with a completely failed state comprised of powerful tribes.

– No plans for Libyan governance.

– No grasp of the stable “cork” that Qaddafi’s presence had meant for the mostly failed continent of Africa.

– No plans for the once-thriving millions of displaced and destroyed lives.

– No plans for a terrorist haven, a new Islamic state just a short distance from European shores. 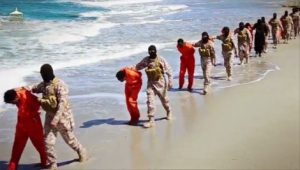 Clinton’s lack of discernment and insight turned a successful state into rubble, and that state has become one major source of the refugee and terrorist invasion of Europe.  Libya is Hillary Clinton’s undeniable albatross.  An albatross she and the MSM can no longer hide.