obama moves to seize control of the 2016 Presidential election 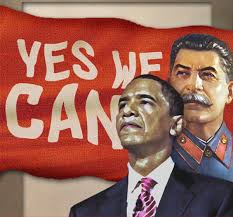 What could go wrong?

Even before the FBI identified new cyber attacks on two separate state election boards, the Department of Homeland Security began considering declaring the election a “critical infrastructure,” giving it the same control over security it has over Wall Street and and the electric power grid.

The latest admissions of attacks could speed up that effort possibly including the upcoming presidential election, according to officials.

“We should carefully consider whether our election system, our election process, is critical infrastructure like the financial sector, like the power grid,” Homeland Security Secretary Jeh Johnson said.

“There’s a vital national interest in our election process, so I do think we need to consider whether it should be considered by my department and others critical infrastructure,” he said at media conference earlier this month hosted by the Christian Science Monitor.

DHS describes it this way on their website: “There are 16 critical infrastructure sectors whose assets, systems, and networks, whether physical or virtual, are considered so vital to the United States that their incapacitation or destruction would have a debilitating effect on security, national economic security, national public health or safety, or any combination thereof.”

This is fabulous. The regime that brought you Fast and Furious, IRS targeting of conservatives, that depended on the stupidity of grubers, that lied about obamacare and lied about the Iran deal now seeks to control the 2016 Presidential election.  This reminds me of obama wanting to put all medical records online. That assures they can be hacked.  It’s the same for electronic voting machines. They and their databases can be hacked. Stealing the 2016 election has been described as “child’s play.”  Thi administration has claimed that the Russian have at least twice hacked voter databases.

Hackers based in Russia were behind two recent attempts to breach state voter registration databases, fueling concerns the Russian government may be trying to interfere in the U.S. presidential election, U.S. intelligence officials tell NBC News.

The breaches included the theft of data from as many as 200,000 voter records in Illinois, officials say.

The incidents led the FBI to send a “flash alert” earlier this month to election officials nationwide, asking them to be on the lookout for any similar cyber intrusions.

Are we sure it was the Russians? Because “U.S. intelligence officials” say so? We’re told it was the Russians by the same people who told us “You can keep your plan and your doctor no matter what.” The same people who laughed at stupidity of the American people for swallowing obamacare and who were boastful of playing the press and the people for fools with regard to the Iran deal .

In an astounding New York Times piece by David Samuels, senior White House officials gleefully confess they use friendly reporters and nonprofits as public relations tools in the selling of President Obama’s foreign policy — and can do it almost at will because these tools are ignorant, will believe what they’re told, will essentially take dictation and are happy to be used just to get the information necessary for a tweet or two.

This country is so f*cked up right now it’s astonishing. We live under a maniac who releases illegal alien criminals into our streets threatens Americans who would uphold the law. Wait- the FBI is investigating?

After the Hillary debacle, that inspires nothing. Besides, the obama regime has had practice at this already:

A Pennsylvania electronic voting machine was taken out of service after being captured on video changing a vote for President Obama into one for Mitt Romney, NBC News has confirmed. Republicans have also said machines have turned Romney votes into Obama ones.

All obama has to do is cast the elections into doubt and he will control the result. He will count the votes. If you believe anything he says you are an idiot, but I think someone already said that.