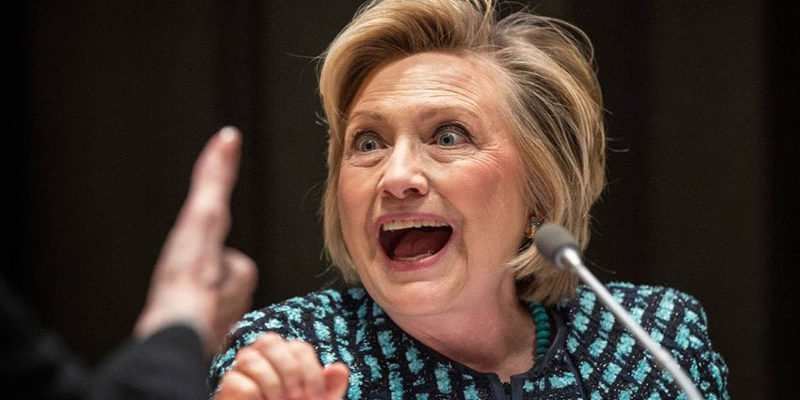 Word comes that Hillary Clinton has invited Michael Brown’s mother Lesley McSpadden to speak at the DNC Convention next week. McSpadden is the mother of Michael Brown. Brown was killed by Officer Darren Wilson after Brown refused a lawful police order, assaulted Wilson and then tried to take Wilson’s weapon, which was discharged in the police cruiser. Brown was killed as he charged Wilson, again refusing to obey Wilson’s lawful orders. The facts can be reviewed in the video here. Michael Brown, as did Alton Sterling, brought on his own demise. Subsequently, McSpadden got into a fight over the sale of Michael Brown merchandise. Brown’s family has filed suit against Ferguson and Darren Wilson. Despite having done nothing wrong, Wilson remains in hiding to this day because of death threats.

False stories and memes were created immediately- that Brown was shot in the back, and of course the execrable “Hands up, Don’t shoot.”  McSpadden called Wilson “evil.”

“Do I think about who he was as a person?” Wilson told Halpern. “Not really, because it doesn’t matter at this point. Do I think he had the best upbringing? No. Not at all.”

In the Al Jazeera interview, McSpadden reacted with quiet anger when Wilson’s comments about her son were read by Harris.

“His acts were devilish,” McSpadden said, “and we definitely know he didn’t have the right upbringing, because those are words that you just don’t use, especially after you took somebody’s life and you know you had no reason to. You had no reason to do that.”

She did not explain what options Wilson had as he fought Brown for his weapon, as he was punched in the face by Brown, and as he Brown charged Wilson.

The father of the black teenager shot dead by a white cop in Ferguson, Missouri, was a violent abuser who once forced a shotgun into the boy’s mother’s mouth during a fight, she claims in a new book.

Michael Brown Sr left Lezley McSpadden fearing she would die when he pushed the firearm so far down her throat that she choked on it, she writes.

In her memoir, she writes that she could hear their two children crying downstairs and thought: ‘God, please don’t let me kids see this. God, don’t let this man kill me.’

Their relationship was a ‘ticking time bomb’, she said, claiming that Brown Sr was so controlling and paranoid that he once tried to strangle McSpadden in a jealous rage.

That sheds light on Brown’s violent behavior. If you are familiar with Brown’s assault on Wilson in Wilson’s cruiser, this sounds eerie:

On one occasion she brought their son over and they ‘got into it’.

The book says: ‘I just wanted to leave but he had it in his mind that he was going to force me to stay. I broke free from his grip and ran out of [his mother’s] house and jumped into my car, quickly starting the engine. ‘Mike was hot on my heels. Before I could shift the car in reverse Mike was pounding his hand on the driver’s window.’

Brown Sr demanded that she open the door and when she refused he smashed the windshield with his fist.

Barack Obama then injected race into the story and the war on police that Obama initiated with the Henry Gates arrest was put into high gear. It is now open season on police officers who seem to be shot on a daily basis.

The coup de grace? Hillary Clinton is inviting the families of black men shot by police officers to speak at he the Convention. Relatives of slain police officers?

Philadelphia’s police union is blasting Hillary Clinton for inviting relatives of victims of police shootings to speak at the Democratic National Convention next week, but failing to include relatives of slain police officers.

John McNesby, president of the Fraternal Order of Police Lodge 5, said the union was “shocked and saddened” by the planned choice of speakers at the convention, which opens Monday in Philadelphia.

“The Fraternal Order of Police is insulted and will not soon forget that the Democratic Party and Hillary Clinton are excluding the widows and other family members of police officers killed in the line of duty who were victims of explicit and not implied racism,” Mr. McNesby said in a statement.

He said it’s “sad that to win an election Mrs. Clinton must pander to the interests of people who do not know all the facts, while the men and women they seek to destroy are outside protecting the political institutions of this country.

“Mrs. Clinton, you should be ashamed of yourself, if that is possible.”

No, it’s not possible. Hillary Clinton continues the policy of the current regime- pandering while giving lip service to the police. This is where they really stand. When Hillary and obama say they’re “got your back” to a cop, this is what they mean 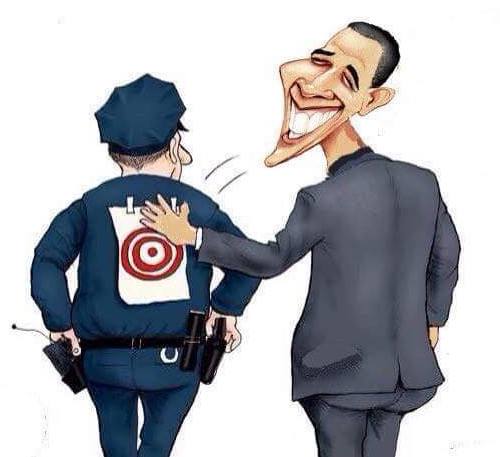