James Comey officially establishes a two tiered system of law: one for the Clinton’s and one for everyone else 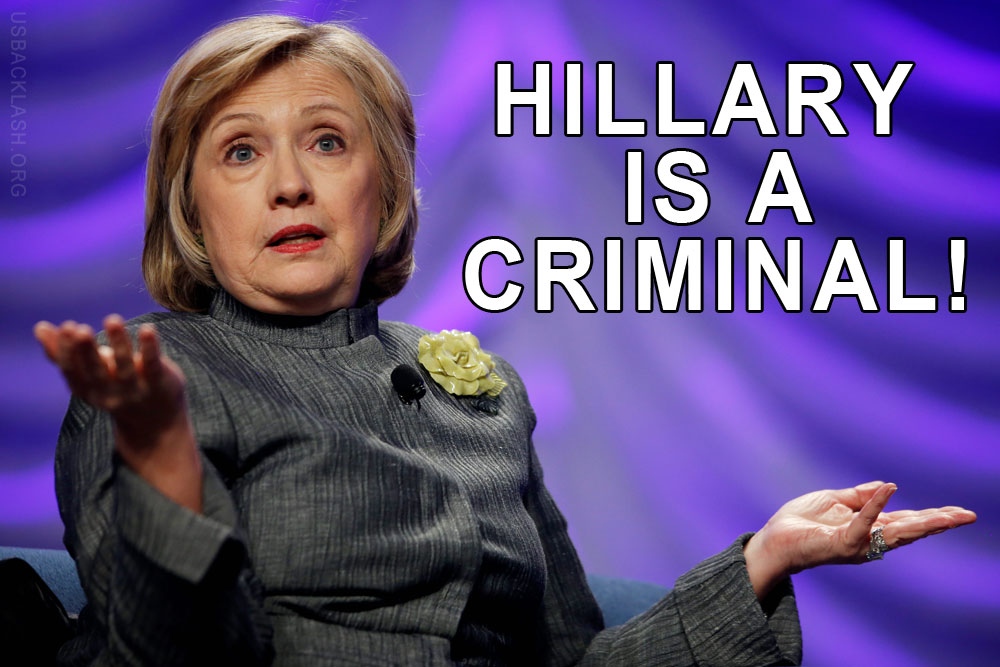 The statement made by James Comey was very curious. He spent 13 minutes explaining why Hillary Clinton should be prosecuted and then spent 2 minutes saying he won’t recommend it. She is clearly guilty, but Comey decided not to recommend charges.

Careers have been lost for much less than than what Clinton did. Meet Stephen Kim:

For instance, last year, after a five-year standoff with federal prosecutors, Stephen Kim, a former State Department official, pleaded guilty to one count of violating the Espionage Act when he discussed a classified report about North Korea with Fox News reporter James Rosen in 2009. Kim did not hand over a copy of the report — he just discussed it, and nothing else — and the report was subsequently described in court documents as a “nothing burger” in terms of its sensitivity. Kim is currently in prison on a 13-month sentence.

And look what’s likely to get Kristian Saucier 5-6 years in prison:

A Navy sailor entered a guilty plea Friday in a classified information mishandling case that critics charge illustrates a double standard between the treatment of low-ranking government employees and top officials like former Secretary of State Hillary Clinton and ex-CIA Director David Petraeus.

Prosecutors allege that Petty Officer First Class Kristian Saucier used a cellphone camera to take photos in the classified engine room of the nuclear submarine where he worked as a mechanic, the USS Alexandria, then destroyed a laptop, camera and memory card after learning he was under investigation.

Andy McCarthy writes that the FBI rewrote the law to save her ass:

There is no way of getting around this: According to Director James Comey (disclosure: a former colleague and longtime friend of mine), Hillary Clinton checked every box required for a felony violation of Section 793(f) of the federal penal code (Title 18): With lawful access to highly classified information she acted with gross negligence in removing and causing it to be removed it from its proper place of custody, and she transmitted it and caused it to be transmitted to others not authorized to have it, in patent violation of her trust. Director Comey even conceded that former Secretary Clinton was “extremely careless” and strongly suggested that her recklessness very likely led to communications (her own and those she corresponded with) being intercepted by foreign intelligence services. Yet, Director Comey recommended against prosecution of the law violations he clearly found on the ground that there was no intent to harm the United States.

In essence, in order to give Mrs. Clinton a pass, the FBI rewrote the statute, inserting an intent element that Congress did not require. The added intent element, moreover, makes no sense: The point of having a statute that criminalizes gross negligence is to underscore that government officials have a special obligation to safeguard national defense secrets; when they fail to carry out that obligation due to gross negligence, they are guilty of serious wrongdoing. The lack of intent to harm our country is irrelevant. People never intend the bad things that happen due to gross negligence.

Do read it all.

Comey has established a new legal defense- the “I didn’t mean to” defense. Scooter Libby went to prison for not remembering, although he didn’t mean not to remember. Yet Hillary not meaning to has saved her from prosecution. Comey described Clinton’s actions as “extremely careless.”

Comey’s conclusion, which he insisted no politician in the Obama administration was aware of in advance, amounted to a declaration that Clinton and her aides were ‘extremely careless’ with their handling of classified material, but their actions did not rise to the level of a prosecution.

‘None of these emails should have been on any kind of unclassified system,’ Comey said.

‘Although there is evidence of potential violations of the statutes regarding the handling of classified information, our judgment is that no reasonable prosecutor would bring such a case.. Prosecutors necessarily weigh a number of factors before deciding whether to bring charges.’

If we left it there, the democrat defense is “Yes, she’s an idiot” and both incompetent and lacking in judgment. But we can’t do that. “Extremely careless” and “gross negligence” are interchangeable terms as far as the law is concerned.

Giuliani makes that case that when it comes to laws surrounding handling classified data, intent is irrelevant. “The definition of gross negligence under the law is extreme carelessness,” he said. The FBI “clearly found a direct violation of 18 United States code section 793 which does not require intent — it requires only gross negligence in the handling of anything relating to the national defense.”

Then there’s this little legal principle: Ignorantia juris non excusat. Ignorance is not a valid excuse for violation of the law. If it were:

Comey’s got some explaining to do.

Despite Comey absolutely torching Clinton’s statements and making clear that she is a liar, Comey saved  the worst part for last. It’s been said that the Clinton’s are above the law and Comey confirmed it.

To be clear, this is not to suggest that in similar circumstances, a person who engaged in this activity would face no consequences. To the contrary, those individuals are often subject to security or administrative sanctions. But that is not what we are deciding now.

The real question is how will Comey justify a two tiered system of law- one for the Clinton’s and one for everyone us? Yes, he’s got some ‘splainin’ to do.