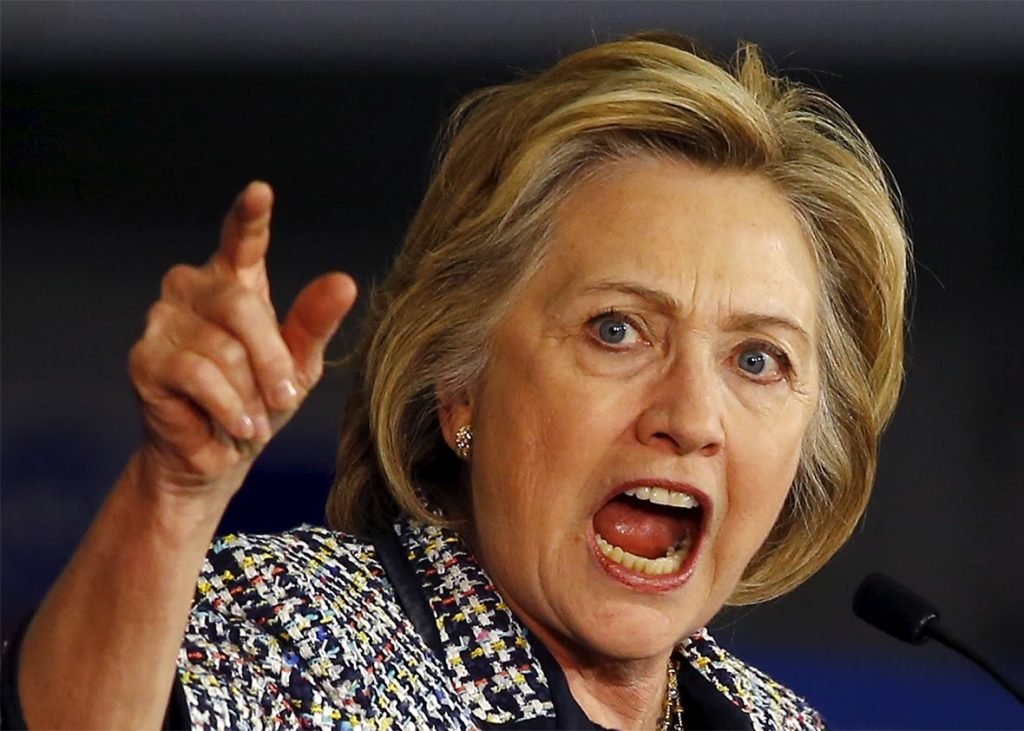 There have been a number of books written by former Secret Service agents and some written about Secret Service agents. Gary Aldrich wrote a book entitled “Unlimited Access”, Ronald Kessler wrote the book “The First Family Detail”  and Gary Byrne has written one titled “Crisis of Character.” They share much in common and that’s a problem for the Clinton campaign. So much so that it’s taken to taken to controlling the media outright.

“After taking the oath, Bill and Hillary Clinton were taken to a holding room in the Capitol building. Minutes passed while everyone waited for Bill and Hillary to emerge to commence the inaugural festivities. A Capitol Hill police officer was ordered to inform the Clintons that everyone was ready and waiting.

The policeman knocked and opened the door of the holding room. He immediately shut it, beating a hasty retreat. Hillary Clinton was screaming at her husband in what was described as ‘uncontrolled and unbridled fury.’ Apparently, the matter of office space was not settled.

The Capitol Hill police and the Secret Service quickly conferred about intervening if it appeared the president’s life might be threatened by the first lady! The question before them was, ‘How much physical abuse is too much physical abuse?’”

• Because Hillary Clinton is so nasty to agents, being assigned to her protective detail is considered a form of punishment and the worst assignment in the Secret Service.

Byrne said Clinton was feared by her staff and was notorious for her yelling. Byrne told Hannity that she has “blown up” at him and other Secret Service agents.

“She gets angry at things that are policy issues that, you know, take time to fix, and she’s got this attitude where she wants things fixed right now, immediately. She screams and yells at people,” Byrne said in an interview aired Monday night.

That’s not the worst of it:

SEAN: She does not have the temperament?

BYRNE: She’s dishonest, she habitually lies, anybody that can separate themselves from their politics and review her behavior over the past 15 years…

SEAN: You’re going to be accused of being political.

BYRNE: Absolutely I’m sure I will be, I have already and it’s not.

SEAN: And what’s your answer?

Byrne: It’s got nothing to do as politics.

Byrne is not easily dismissed:

GARY J. BYRNE served in federal law enforcement for nearly thirty years, in the U.S. Air Force Security Police, the Uniformed Division of the Secret Service, and most recently as a Federal Air Marshal. While serving as a Secret Service Officer, Gary protected President Bill Clinton and the First Family in the White House.

What Byrne is describes is consistent with what’s been written before:

Byrne alleges in his new book, “Crisis of Character: A White House Secret Service Officer Discloses his Firsthand Experience with Hillary, Bill, and How They Operate,” slated to come out at the end of the month, that Hillary Clinton is too “erratic, uncontrollable and occasionally violent” to be president of the United States and gives an example that ended with Bill apparently getting a black eye from Hillary.

The New York Post reported in October of 2015 that editor and author Emmet Tyrell says the verbal and physical abuse did not stop when the Clintons left the White House.

All of the above authors depict Hillary as a volcano that erupts from time to time, as a power hungry harridan. She’s not a nice person. So what does one do when the writer in question is really er, bulletproof? You control the message. You control the media.

The U.S. Secret Service officer whose tell-all about his years working in the Clinton White House is already a bestseller one week before its release is being blocked from appearing on television by members of Hillary’s campaign according to The Drudge Report.

Gary Byrne, whose book Crisis of Character will be released next week, will reportedly not be appearing on any of the broadcast networks despite a clear interest in his story.

The book is currently the number two seller for the month of June on Amazon.

One Clinton campaign official told a producer the book is ‘trash for cash,’ and they have now reportedly been assured that Byrne will not be able to ‘spread his lies’ on their news programs.

ABC, CBS, NBC and CNN did not respond to requests for comment from DailyMail.com.

Fox News meanwhile will have Byrne on as a guest, appearing on Hannity for his first interview.

Remember when the Bush or Reagan administrations had critics shut out of the major media? Remember Kitty Kelly being blacklisted?

So there it is. The media outlets in the tank for Hillary are the ones who won’t even entertain Gary Byrne.