“Against ALL enemies; foreign and domestic.” 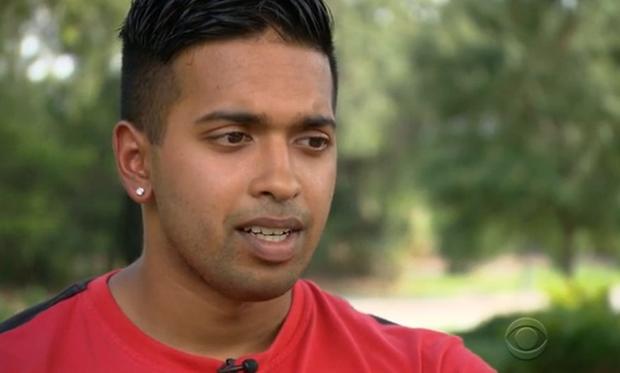 A Marine veteran who served in Afghanistan is being hailed as a hero for helping scores of people escape from an Orlando nightclub targeted by a terrorist.

When Imran Yousuf, a bouncer at the Pulse nightclub, heard the gunfire break out early Sunday morning, he told CBS News that recognized it immediately.

“You could just tell it was a high caliber,” said Yousuf, a former sergeant who just left the Marine Corps last month. That’s when his Marine Corps training kicked in, he said. He ran toward a locked door that people had huddled around, too terrified to move.

“I’m screaming ‘Open the door! Open the door!’” Yousuf told CBS. “And no one is moving because they are scared.

“There was only one choice — either we all stay there and we all die, or I could take the chance, and I jumped over to open that latch and we got everyone that we can out of there.”

By creating the exit, Yousuf estimated that about 70 people were able to get out of the nightclub safely. Forty-nine people were killed inside the nightclub and another 53 were injured. It was the worst mass shooting in U.S. history, and was carried out by a man who reportedly called 911 to pledge allegiance to the Islamic State group.

Yousuf served as an engineer equipment electrical systems technician in the Marine Corps from June 2010 to May 2016, according to service officials. He deployed to Afghanistan in 2011.

He’s the hero Orlando’s Pulse nightclub and America needed at the moment- not the one some wish him to be: That is, Muslim.

I’ve read comments from those eager to defend the “slander” against “the religion of peace” by calling him a Muslim who saved 60-70 to counteract the Muslim who took out 49+. Example: 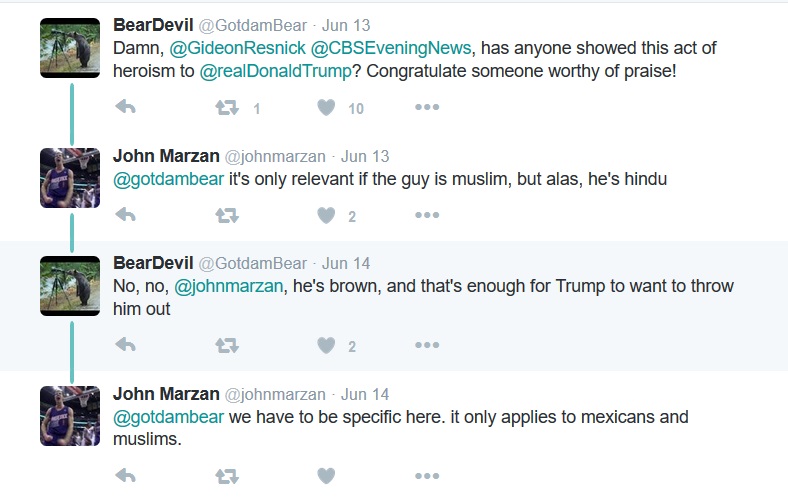 While there are true Muslim heroes and I do believe most Muslims are not Islamists and jihadis, despite his name, Imran Yousuf is not one of them. He is Hindu.

I think it’s why CBS News made it a point of mention. If he had been Muslim, you’d never hear the end of it from MSM to stress, underscore, highlight, bolden, CAPS LOCK ON, italicize, emphasize, and draw attention to it. I’m sure they’d love to know his sexual orientation as well and make it a point of pride if it serves an agenda, for propaganda.

While he appreciates the support he has received, Yousuf stressed that people should focus on the victims’ families, not him, he wrote.

Since deleted. Apparently he’s trying to ward off all the media attention on him and just wants to move forward.

Thank God for their training and character:

Yousuf is one of several Marines who have saved lives in crisis situations. Marine veteran Nick Koahou played a major role in taking down two terrorists responsible for the December massacre in San Bernardino, California. On June 8, retired Master Sgt. Rodney Buentello lost his life while saving two teenagers from drowning in San Antonio.