An Open Letter To Gays 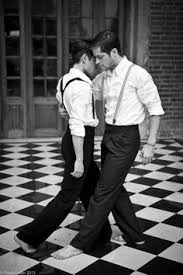 To my gay friends; I know, you think I don’t have gay friends, but I have many customers who are gay and I often spend hours talking to them, while I am working, like I do with my straight customers. However, this post is for all the gay people, not just those who own horses.

There was a terrible tragedy in Orlando, this past weekend. I can imagine the pain and feelings of remorse that are running through the gay community, but let me tell you, there are feelings of sadness and grief in the conservative community as well. The liberal media has painted us as homophobes and I am sure there are many homo haters among us; however, there are many more who felt personal injury from the loss of these young lives, in Orlando. To us, the victims were not just gays, they were our gays and they were Americans. My heart goes out to you.

In the political world, our leaders and potential leaders are doing phenomenal oral gymnastics to caste blame and to avoid blame, but you don’t need me to tell you, it’s obvious if you listen to the news. Listen carefully, and you will hear another message, a subliminal message. It is about gays and the ultimate sacrifice Obama expects you to make, while he brings in an unknown amount of radical jihadists to achieve his vision of a North American caliphate and Sharia. “OH Boy.”

We conservatives were sold down river by the GOP elites, after the last two midterm elections. We elected politicians who ran as conservatives and after being elected, served as stooges for the donor class and the elite ruling class of the Beltway. Donald Trump is no fool; he picked up on the anger and read the feelings of Americans who were betrayed. He may be the next president, simply because he was willing to listen to the frustration of everyday Americans.

The gay community had better hope Trump is elected, because the pant suit woman is dedicated to continuing the Islamization of America and you gays will regret your support of this insanity.

Gays are being betrayed by the progressives. They have sold you out to appease Muslim clerics and their message of death to Jews and Gays. The trick is to make the murder of your gay friends by Islamic maniacs, seem like the fault of contrary conservatives and that the loss of a few gays is a small price to pay to see Obama’s dreams come to fruition. When was the last time you heard one of your leaders condemn the lynching of gays or the tossing of gays off buildings in the Middle East. You just had 49 of your friends killed in a horrific terror attack and our president and your nominee are only worried about disarming law-abiding citizens.

As a friend, let me tell you: there are thousands of people who carry a weapon and are proficient in their use. Many of them would have risked their life to bring down the homicidal maniac before he racked up so many kills in the Pulse nightclub. Now, it might not be right away, but I will predict that many of us will be playing cowboys and Muslims in the near future. Your president is forcing the issue and he has made it clear that bringing in a few  jihadists with peaceful Muslims is a price we should be prepared to pay. Unfortunately, gays will be expected to pay a higher price, because of real homophobia among the radical, Sharia loving Muslims.

I recommend buying a weapon and becoming well versed in its use or avoid congregating with your friends in large groups, while waiting, like sacrificial lambs, to be shot to pieces by Obama’s gay hating jihadists. You have probably noticed, he is not going to great lengths to bring in Christians from the Middle East, he only wants the guys who hate homosexuals, but are willing to kill them with compassion.

Login
wpDiscuz
82
0
Would love your thoughts, please comment.x
()
x
| Reply
‹ Back to Categories