PolitiFact is PolitiWrong on Waterboarding 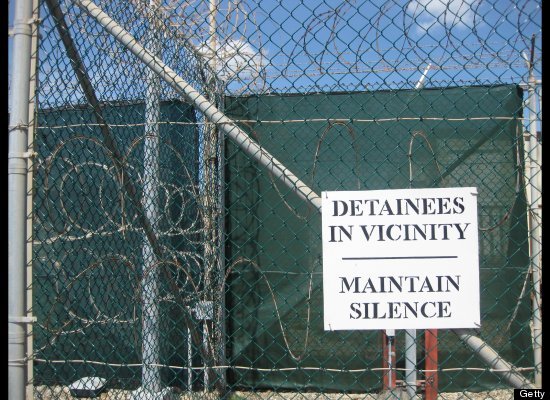 PolitiFact didn’t do its homework. The experts it consulted are just expert critics. They failed to dig deeper- kind of like the Feinstein Report failed to consult those directly involved in the program they were “investigating” with a predetermined outcome. (First came the conclusion; then a 5 year selective Easter egg hunt, shaping it to the narrative).

In an interview published in the Miami Herald on May 20, Wilcox blamed the White House for limiting the country’s ability to gain intelligence from alleged terrorists.

“I can tell you that the enhanced interrogation techniques that have since been banned by this administration — specifically waterboarding — work,” said Wilcox, who is vying for the Republican nomination to replace Sen. Marco Rubio. “They work on the terrorists, and there’s a proven history of that.”

Wilcox didn’t consider the practice to be torture, and also said while he didn’t advocate overusing waterboarding, it’s an option that should be available for interrogators.

We wanted to know if waterboarding — strapping a prisoner to a board or table and then pouring water over a cloth covering their mouth and nose to simulate drowning — was a proven method of questioning someone.

Epic fail and lazy research on the part of PolitiFact for not going beyond mainstream media’s superficial reporting which basically accepted and parroted the bullet points given out from the Feinstein Report.

They did consult Reed College political science professor Darius Rejali. But while an expert in what he knows, what he knows also reveals what he doesn’t know: Basically, that he’s ignorant of the arguments made from experts on the other side of the coin. He simply knocks down the strawman claims, hawked around ad nauseam by the critics for years now.

Rejali has valid points- but they reveal an ignorance of the role waterboarding played within the CIA program. Also his partisanship when he claims most officials defending waterboarding have “jobs at stake over the practice”. That is not the case with Morell and Hayden, who came on board the CIA after the practice was already done away with.

The CIA Rebuttal to the Feinstein Report was mentioned, but nothing cited. Please also reference Mark Theissen’s book, as well as that of Jose Rodriguez, Mike Morell, and more recently Michael Hayden.

Hayden, who came on board in 2006 at a time when the CIA interrogation program was suspended (in wake of the 2005 DTA, Hamdan v Rumsfeld, 2005 disclosure by WaPo on black sites and waterboarding, the 2006 MCA…), revived the program, but took a few of the 13-approved EITs off the menu. Among them was waterboarding (CIA hadn’t waterboarded anyone since KSM, in March of 2003. He was the last of 3 HVDs who received the CIA swimming lessons). Hayden, in his book, defends the harsh EIT and claims it was effective against Zubaydah and KSM (sleep deprivation also had a profound effect on KSM)- both of whom became cooperative and a great source of intell after EITs were applied. (Ali Soufan has a different narrative in regards to Zubaydah’s interrogation- but it’s disputed by the CIA).

Waterboarding is unlikely to be brought back. It was never in widespread use. SITs even within the CIA interrogation program were applied to 2/3rds of the HVDs in their custody. Only about 33 or 39 out of 119 HVD received any form of EIT whatsoever; and this was because these were ones who were 1) Believed to be hiding important information that could save lives. And 2) Were resistant to standard interrogation methods. Some of these guys had received interrogation resistance training and knew how to defeat commonly used techniques. Also, when you’re dealing with brainwashed, committed religious fanatics who are not afraid to martyr themselves, the kind of rapport-building techniques favored by the FBI just might not be as effective on some of them as guys like Soufan, Caramino, and Carle, and Eric Fair claim.

by 2006, over half of what we came to understand about al Qaeda arose out of the CIA interrogation program. Before that, we knew very little about al Qaeda’s inner workings. As the GWoT moved on, EITs were applied less and less. In the early days, we needed to know more and we needed it fast, as there were plenty of intell buzz about a second wave of attacks.

Since its legal approval in the aftermath of 9/11, things have changed. Besides the legislations and one of the court decisions I cited earlier that have complicated matters, there has also been the 2015-2016 NDAA with an amendment that restricts all government agencies to abide by the Army FM.

Yes, torture is unreliable (but it has worked). Yes, it is undesirable and repugnant to our sense of high morals. Those who say “They’ll tell you anything when tortured” misunderstand the role of EITs within the CIA program. The purpose of EITs wasn’t to extract confessions or information. It was to induce a sense of helplessness and bring the HVD into a state of cooperation. Information would then be gathered later, during debriefing.