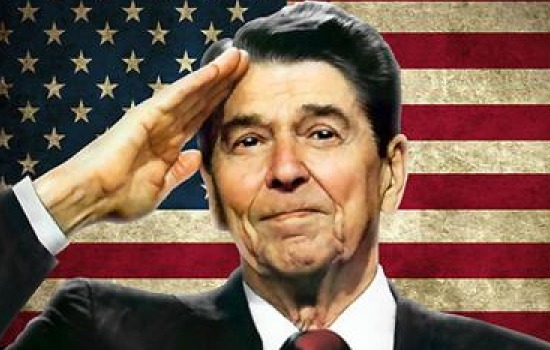 “Don’t be afraid to see what you see.”–Ronald Reagan

You hear the ludicrous claim; “Trump is just like Reagan!” Really?

Did Reagan also promise he would get a personality transplant any day now and start acting like a real leader for a change?

No; the one who is like Reagan is the man who stands up for the Constitution and the Entire Bill of Rights, limited government, a strong military, economic liberty and traditional values and against the cronyism of Big Government, and does so with dignity and class; that man is Ted Cruz.

1.) … Walter  Mondale asked “Where’s the Beef?, so Ronald Reagan started bragging about his penis size at a presidential debate–just like Donald Trump!

2.) …Ronald Reagan sold naked pictures of Nancy to a magazine to publicize his first presidential run and then accused President Ford of buying the rights to those pictures–just like Playboy Donald!

3.) …Ronald Reagan, just to win an immigration argument, said POWs were a disgrace…just like Demagogue Donald!

4.) …Ronald Reagan whined when he lost, threatened to send John Wayne over to the delegates’ hotel rooms with brass knuckles and promised riots if he didn’t automatically win without a majority…just like Mafia Donald!

6.) …even though Trump just invented it in 2015, in 1980 Ronald Reagan somehow managed to use the phrase “Make America Great Again” …just like Plagiarist Donald!

8.) …Ronald Reagan proved he was a loyal Republican with his 11th Commandment; “Thou shall not speak ill of a fellow Republican.” Democrat Donald proves his much-vaunted loyalty by telling Mitt to kneel and service him, by calling McCain a loser POW and calling W. a war criminal…just like Ronald Reagan!

9.)…Reagan had a clear strategy to defeat our enemies; “We win, they lose.” Napoleon Donald does too: ‘Stay the hell out of there because we don’t know which group to back, bomb the oil–take the oil, let Putin and Iran fight ISIS for us, and finally, send in 30,000 troops. Clear strategy…just like Ronald Reagan!

and, lastly, Number 10.) Ronald Reagan didn’t need a poll to tell him what he believed: For America, brand new days are always ahead and America’s greatness is her people, under God.

Egomaniac Donald needs a poll to get out of bed, doesn’t have any fixed beliefs, thinks America is just another Trump brand and thinks he by God is America’s Greatness.