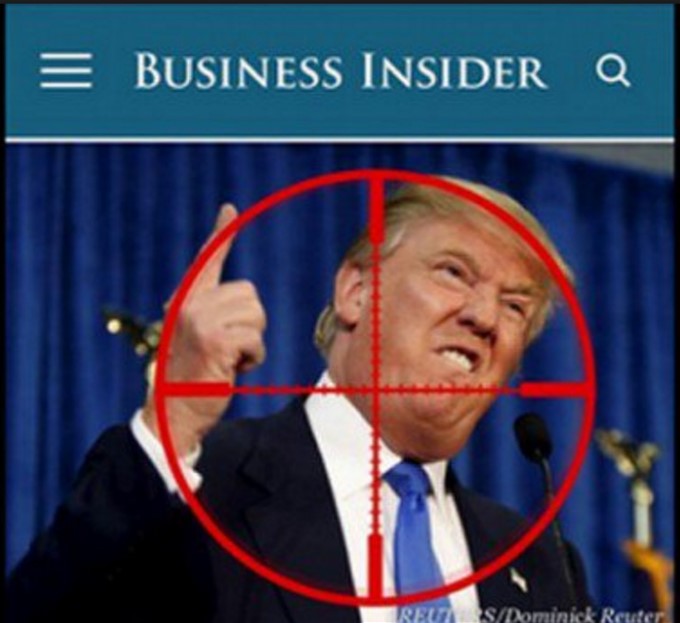 It’s fine that people don’t like Trump. It’s fine that they disagree with Trump. They’re not content with that, and I think things are going to get worse. Potentially, a lot worse.

There have been multiple Trump rallies which have had disruptions and Trump had to cancel a rally in Chicago for security concerns. Protesters have been targeting Trump rallies everywhere. Bernie Sanders took a bath in the irony pool when he asserted that Trump should take responsibility for the violence at Trump rallies which is instigated by Sanders’ supporters.

Watch as a “protester” provokes the audience and gets clocked:

Those behind the violence are usual suspects: ANSWER, ICIRR, La Raza of Chicago and Moveon.org.

Moveon.org, the George Soros funded organization, has indicated that it will continue to attempt to deprive Trump of his right to free speech and free assembly.

“Mr. Trump and the Republican leaders who support him and his hate-filled rhetoric should be on notice after tonight’s events,” the George Soros funded MoveOn web page states. “To all of those who took to the streets of Chicago, we say thank you for standing up and saying enough is enough. To Donald Trump, and the GOP, we say, welcome to the general election.”

Then things took a dark turn when an idiot rushed Trump while he was on stage.

The idiot, Thomas Dimassimo, claims he meant no harm. But then again, Dimassimo has other intriguing actions on his resume:

The incident at Trump’s rally on Saturday, was Dimassimo’s most recent protest. In April 2015, then a Wright State University junior, he helped lead an anti-racism protest that included students standing on American flags and holding signs saying, “Not my flag.” Bernie Sanders supporter. “Not my flag” (image via Daily Mail) That says something.

What’s really disturbing about all of this is the potential for escalation of real violence- not the stupid small stuff happening now. Who knows what the Soros-backed groups are likely to do should Trump take the GOP nomination? If Trump is the nominee I fully expect some left winger to take Trump out of the equation – permanently. These people are insane. They think nothing of depriving you of your Constitutional rights. So why not deprive you of more?