Have Americans Finally Come To Their Senses? (Guest Post) 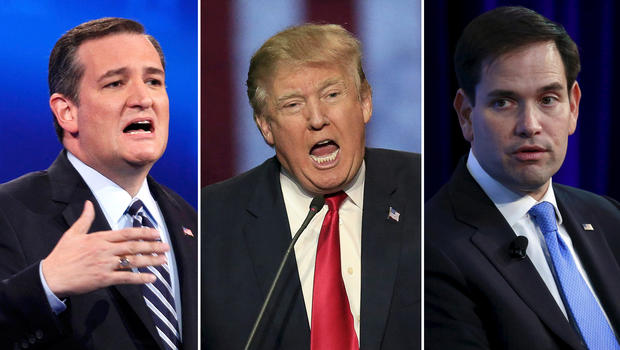 Americans are in an ugly mood. They are mad as hell and they won’t take it anymore. That is why a clown like Donald Trump won New Hampshire and have been leading in the polls among Republican candidates for months.

But in the latest poll, Trump has fallen behind Ted Cruz, who gets 28% support as compared to Trump’s 26%. How did Trump come so far in the first place?

Firstly, there is the economy. While the unemployment rate has gone down, the labor participation rate is the lowest in 38  years. Those who have given up looking for work are not counted as unemployed.

The past seven years of President Barack Obama have created national anxiety. About 64% of Americans say that the country is headed in the wrong direction as compared to 29% who say it is headed in the right direction.

This explains why there is a rage against illegal immigrants that Trump tapped on. Blue collar workers feel the threat to their jobs more than rich liberals who are happy to employ cheap Mexican labor as domestic helpers.

Trump’s signature issue is to send the illegal immigrants home. Besides this, his refreshing politically correct statements and insults differentiated him from conventional politicians. Americans have lost faith in their politicians and are looking for someone different. They voted Republicans in the Congressional elections and nothing seems to have changed.

The Republicans won in part by promising to rein in spending and cut taxes.  But in the end, they had to cut a deal with President Obama. Many Republican politicians promised to defund the unpopular ObamaCare, but nothing happened.

That was why they latched on to Trump, who is not a professional politician but a successful businessman. But Trump is not a Republican at heart, let alone a Conservative. At times, he sounds like a Democrat. Trump is for single-payer medical care. He had donated money to Hillary Clinton’s previous campaigns.

But what broke the Trumpian camel’s back was saying in an interview that President George Bush lied to get the US into a war in Iraq. Bush is still respected among Republicans. Trump’s views are more in keeping with far left groups like Code Pink or MoveOn.org.  I think his popularity is on the way down. People are beginning to see him for what he really is: A Democrat in Republican clothing.

I was being kind. What did he say Trumpeteer?

So you were lying about him and don’t even know what he said? That’s kinda standard practice for libs.

@Redteam: That’s how I interpreted what he said—He wasn’t sure if there were WMD’S—I’ve said I felt the same way.
As a trumpeter are you agreeing with your idol that Bush lied? No surprise there.
Btw You’ve really got no backbone RT

I just read your #49—You say You’re probably not voting for anyone—you don’t support Trump? Unbelievable–lol
I hope a lot of other Trumpeteers throw in the towel on this clown. That would be great news. If true I ‘ll suspend the backbone assertion.
Who is next?

As a trumpeter are you agreeing with your idol

first you need to clear up what a trumpeter is and then tell me who my ‘idol’ is. Or are you just kinda, making it up as you go along?

I’ve never been to a ‘back specialist’ for an exam, but don’t know of any problem with my spine. I walk ok without assistance.
Do you feel you are a judge of spine conditions?

I’ve been very consistent. I’ve never claimed to be a Trump fan. I do support his positions on the border and refugees.
If a Trump supporter is a ‘trumpeter’ what is a Hillary supporter?

@Redteam: A Hilary supporter is Lyre. An instrument with strings attached.

@Redteam and Randy For me it’s Rubio Kasich a unifying Fl/Ohio sure winner–Got a nickname for that?
Randy You got a first choice for Prez.

Clown? I guess it makes the author’s pathetic life seem better when he calls a man who has accomplished much more than this loser writer and his ilk ever will.
Donald J Trump…

One man, utterly destroying the comfortable complacency of the mainstream media that has been in place with a stranglehold for so many decades. Fearlessly standing his ground and not beholden to special interests or worried about being socially ostracized.

‘Howie’ Kurtz and his insider media chums can shake their heads and hold their breaths waiting for their world to return to normal, but the line in the sand has been crossed. Media are made up of individuals with their own agendas, careers, financial and status objectives. Journalism has become activism and driven by predetermined motives. Trump has exposed this so clearly and definitively. He didn’t have to write a fancy article, debate it with a panel of talking heads or convene a commission of useless idiots.

Unbelievable courage, with so much to lose in terms of his reputation and legacy as evidenced by the haters and unhinged crawling out of the woodwork to disparage him. Regardless he puts everything on the line to fight for his deep held values of Making America great again. After decades of trying to work through the system he became savvy enough to see the corruption and dedicate his best years to a transcendent cause. He could have just continued to live in luxury off of his earnings and success but has instead shown he can master a new challenge.

An ‘Atlas’ who changes the world when he shrugs!

@Kimosaabe: Good comments. Sums up Trump very well. He tells it like it is. unlike the lifelong ‘live off the system’ pols. I think there will be a lot of surprised people when Trump gets 20% of the Dims votes.

“Finally coming to it’s senses” is nothing new. There’s nothing new under the sun. This, from nearly 20 years ago. Be aware before you click that it’s a decidedly brutal bit of comedy that pulls no punches whatsoever.

Except that they are made in the USA:
http://www.latimes.com/politics/la-pol-ca-trump-hats-cali-fame-carson-20151124-story.html

The hats, known best in the signature red with white font, have inspired a short-lived rumor they actually were made in China.
(They weren’t, Brian Kennedy, president of Cali-Fame assures).

The “Make America Great Again” hats have been a boon to Kennedy’s business, which pulled in more than $270,000 from the Trump campaign last quarter, according to campaign finance records.

The merchandise was a portion of the more than $825,000 the Trump campaign dropped on bumper stickers, T-shirts, hats and other promotional gear, the largest category of Trump’s spending outside of travel.

But that’s not why I wanted to post on this older topic, again.

I have said there would be a bandwagon effect as more and more Republicans see Donald Trump as the nominee.
And it is starting to happen.

Several Capitol Hill staffers, including a congressional chief of staff, and a number of state GOP staffers, have begun peddling their resumes to Trump’s campaign.http://hotair.com/headlines/archives/2016/02/27/wall-of-gop-resistance-to-trump-begins-to-crack/

IT’S GONNA BE GREAT–HE’S A LIAR

yep, you should fit right in. I guess you’re still firmly a Hillaryateer….She’s the Liar Leader.

Who are republicans to be calling anybody liars? Their entire alternate reality is constructed of lies. They continue to shovel bullshit about Planned Parenthood long after the claims have been repeatedly investigated and totally discredited; they continue to repeat the same lies about Benghazi long after their own investigations have repeatedly come up with nothing; they’ve convinced themselves that Clinton’s entirely lawful decision to utilize a personal e-mail server was malfeasance on an epic scale, when they can’t cite anything specific to support that claim. They’ve publicly called the Clinton Foundation corrupt and are yapping hysterically about yet another FBI investigation. FOX News is ready to roll with that one, given the slightest indication that the story might get some traction. Never mind that nothing about the Clinton administration has ever failed to stand up to close inspection.

The fundamental problem for the GOP is that their only path to the presidency at this point is totally dependent scandal mongering. They’ve got no record to run on. The least said about their recent lack of accomplishments, the better. They’ve got no coherent solutions or detailed plans for anything. On top of that, they’ve also methodically narrowed down their own candidate selection pool to one of the Three Stooges. (And I mean the Stooges no disrespect by making such a comparison.)

@Greg: You think you’ll be returning to the “real world’ for a visit anytime soon?

I’m afraid that second link in post #67 is to an unedited and completely real video segment, recorded at a real presidential debate featuring real presidential hopefuls, one of whom will be the real republican candidate. That should be quite enough reality for anyone.

@Greg: You didn’t descend into the stratosphere with that reply. Anyone can pick any number of video clips to make people look however they choose. Can you imagine how much footage his handlers have to go through to hide the fact that obozo can’t read from a teleprompter? Look at all the footage they have to plow through to find something that Hillary is not lying about. Even when they are selective, they can’t find much footage where she’s not having a coughing spasm.
You do realize that the task you have chosen, to make Dimocrats look honest, is an impossible task.

0
Reply
This Confession will charge your emotion : I was emotionally abusing my wife! - Mighty Reporters

[…] Have Americans Finally Come To Their Senses? (Guest Post) […]