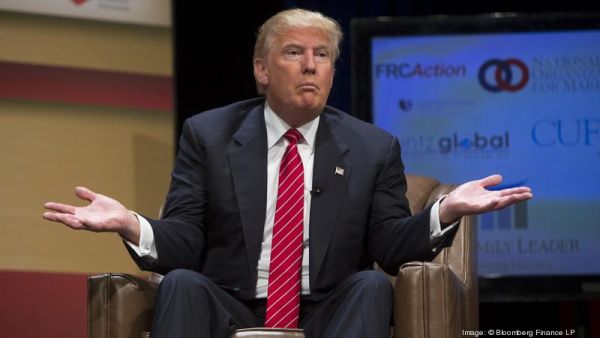 My Spidey sense is tingling.

As you well know, there is an ongoing feud between Donald Trump and Megyn Kelly. Kelly called out Trump about with comments he made in the past about women:

The feud between Trump and Kelly first started last August at the very first Republican presidential debate. The two had a contentious back-and-forth.

In a question directed at Trump, Kelly listed derogatory remarks she said the GOP hopeful has made about women, from “fat pigs” to “dogs, slobs and disgusting animals.”

Donald Trump is once again pushing the limit, bringing Megyn Kelly’s anatomy into a feud that had already opened him to charges of sexism — and the risk of losing support among the Fox News anchor’s rabid following.

After a day of escalating hostility, Trump took his attacks on Kelly to the next level on Friday night, apparently insinuating that the moderator had been menstruating when she questioned him during Thursday’s first Republican debate.

Since then the feud has waxed and waned, but the simmering has come to full boil once again. Trump is refusing to appear in the next GOP debate. Trump demanded that Megyn Kelly be removed as a moderator of the debate and Fox News refused:

Trump’s campaign followed up shortly after the press conference with a statement harshly criticizing the network.

“Unlike the very stupid, highly incompetent people running our country into the ground, Mr. Trump knows when to walk away,” the statement said. “Roger Ailes and FOX News think they can toy with him, but Mr. Trump doesn’t play games.”

Trump instead threatened to hold his own event during the debate to undercut Fox’s ratings.

“In a call on Saturday with a Fox News executive, Lewandowski stated that Megyn had a ‘rough couple of days after that last debate’ and he ‘would hate to have her go through that again,’ ”

Trump continued to browbeat Kelly as a “lightweight” and “not a reporter” and then he whined when he got a stick on the eye retort from a Fox spokesman:

“We learned from a secret back channel that the Ayatollah and Putin both intend to treat Donald Trump unfairly when they meet with him if he becomes president — a nefarious source tells us that Trump has his own secret plan to replace the Cabinet with his Twitter followers to see if he should even go to those meetings.”

Trump let them know that he’s special and need to be treated special:

“The point is with me, they’re dealing with somebody that’s a little bit different,” he said. “They can’t toy with me like they toy with everybody else so let them have their debate and let’s see how they do with their ratings.

Trump has a point there. The media eats out of his hand every single day. Everything on every network is “what did Trump say?” You have to hand it to him- he’s played the press brilliantly and they have been his useful idiots.

Thing is, Megyn Kelly has found Trump’s soft underbelly- his Achilles’ heel. He is intolerant of being reminded of how misogynist he is. He is intolerant of being tenaciously called on the carpet. The bully doesn’t like being bullied. He knows this and he’s afraid of her. His ego is driving the show and Kelly knows how to prick it, if you will. She will not be intimidated or bullied and he can’t stand it.

If Trump can’t handle Megyn Kelly how is he going to handle Putin?

I could imagine Putin sitting next to Trump and reminding Americans of how Trump calls women “fat pigs”, “dogs, slobs and disgusting animals.” Just to piss him off. what’s Trump going to do? Boycott the next START Treaty talks?

Does he think he can turn to Putin and say “Ya fyud”? And my Spidey senses started tingling when I heard Trump boast about how great he gets along with Reid and Pelosi and how he could make deals with them. He sure as hell isn’t going to get along with Ted Cruz and Marco Rubio should he become President, and they are ones he’ll need on his side.

Unless he needs Reid and Pelosi more. Unless he really is a Trojan Trump.

Don’t forget that it was Trump’s good friend Bill Clinton who urged Trump to run.

I’m not liking the way this is going.

FYI: Just for fun, listen to the way Trump keeps repeating things, as though repeating words increases their validity.

That’s one example. Listen to him. He does it all the time.

Donald Trump is out of Thursday night’s debate? Fine.

Back in 2011, Trump planned to moderate a GOP debate in Iowa; only Newt Gingrich and Rick Santorum agreed to participate. In an interview with Megyn Kelly at the time — pause for irony — Trump said, “We’re not seeing a lot of courage here, are we? Not lots of courage, these Republicans. They’re supposed to be brave.” He went on to add, “Say what you want about Newt, Newt heard about the debate, ‘I want to do it.’ So there’s a certain courage or confidence or something.”

A joking exchange with Kelly later:

KELLY: “Do you really think you’re a better moderator than I am?”

TRUMP: “No. I could never beat you. That wouldn’t even be close. That would be no contest. You’ve done a great job. I mean it.’