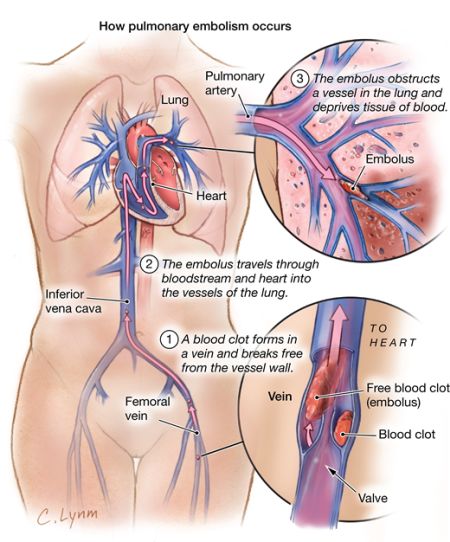 Hillary Clinton has suffered from two highly public fits of coughing.  One occurred  during her Benghazi testimony and the other occurred on Monday. This was Benghazi:

This one took place on Monday

This is significant now. First, let’s backtrack. In 2012 Clinton developed a cerebral blood clot (i.e. tranverse sinus thrombosis) which resulted most likely consequent to a fainting spell. In July Clinton’s doctor claimed that she was “fit to serve” but that she continued to take Coumadin ( a blood thinner to ward off strokes) and Armour Thyroid for hypothyroidism.

Democrats have been frantic to suppress any thought that there might be something more wrong with Clinton than what is being admitted right now, but there’s reason to think there is something not right with Hillary.

In the emails of Clinton’s aides Clinton was described as “often confused.”

In the Jan. 26, 2013, message, Abedin gave the note about Clinton while discussing the secretary’s schedule with another Clinton aide, Monica Hanley.

“Have you been going over calls with her for tomorrow?” Abedin asked Hanley. “So she knows [then-Indian Prime Minister Manmohan] singh is at 8?”

“She was in bed for a nap by the time I heard that she had an 8am call,” Hanley responded. “Will go over with her.”

“Very imp to do that,” Abedin said in response.

It was also revealed that Clinton sleeps through meetings.

From a former aide we learn that Clinton gets tired easily:

“You know, Bill Clinton, he gets so much energy from the people at his rallies. When he’s working a rope line, you can just see him light up. You know, she’s tired. She gets tired. She does it.

At Gateway Pundit they suggested that Trump was right about Hillary’s low energy:

“Hillary health was biggest revelation at hearing. Coughing fit. Slow-speaking, obviously induced by meds. Choose not to believe if you must.”

Her slow speaking might be a side effect of the thyroid medication, but it was also suggested that it might be a means of Clinton exhibiting gravitas and calmness.

But the coughing fits are something else. I kind of put the first one in mind storage but the second episode compelled me to pay closer attention. I’ve seen this before and I’ve seen it in a close friend of mine.

These coughing fits are a symptom of pulmonary emboli being released into the circulation and entering the lungs. It’s usually a dry cough, but it turns into hemoptysis (coughing up blood) it’s a real problem. Cerebral venous thromboses of size have the potential to cause strokes or infarcts of the brain. Venal circulation returns blood to the heart, which directs it to the lungs for re-oxygenation via the pulmonary artery. Arteries bring blood to organs, veins take it away from organs. If a clot of sufficient size blocks the pulmonary artery, it’s lights out, and quickly. Such clots usually result from deep vein thrombosis. It’s not common, but CVST’s (cerebral venous sinus thrombosis) can lead to pulmonary emboli. If small clots form or dislodge from the wall of a vein they travel to the heart and then to the lung where they can get lodged in the alveoli and causes irritation and subsequent coughing.For more see here, here, and here. In Clinton’s case it may be that she is still forming clots at the site of the injury or she may be having bits separate from a not fully resolved clot.

That’s what I believe we’re seeing.