Damn you, you lying media dogs 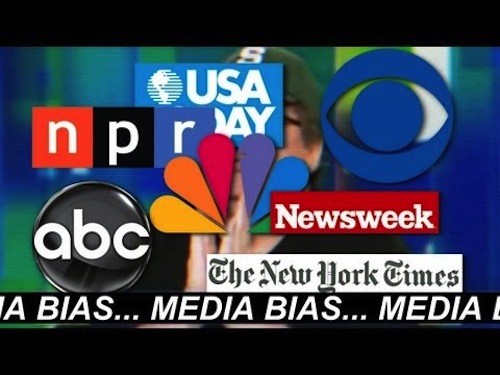 I did a search on Bing for “Trump ban on Muslims” and among the results are these:

Trump and the Ban on Muslims

Would Donald Trump’s ban on Muslims be legal? – CBS News

This is how the media has portrayed Trump’s words. Here’s the actual statement:

Donald J. Trump is calling for a total and complete shutdown of Muslims entering the United States until our country’s representatives can figure out what is going on.

In other words, a temporary ban. That word never appears in the media’s characterization of Trump’s quote.

Here is his rationale:

According to Pew Research, among others, there is great hatred towards Americans by large segments of the Muslim population. Most recently, a poll from the Center for Security Policy released data showing “25% of those polled agreed that violence against Americans here in the United States is justified as a part of the global jihad” and 51% of those polled, “agreed that Muslims in America should have the choice of being governed according to Shariah.” Shariah authorizes such atrocities as murder against non-believers who won’t convert, beheadings and more unthinkable acts that pose great harm to Americans, especially women.

Here’s something else the media never tells you- voters like this plan:

A new Rasmussen Reports national telephone survey finds that 66% of Likely Republican Voters favor a temporary ban on all Muslims entering the United States until the federal government improves its ability to screen out potential terrorists from coming here. Just 24% oppose the plan, with 10% undecided.

Among all voters, 46% favor a temporary ban on Muslims entering the United States, while 40% are opposed. Fourteen percent (14%) are undecided.

Fox News published a really interesting poll in which voters liked the idea of a temporary ban on Muslim immigration more if it wasn’t attached to Trump’s name:

Republican presidential candidate Donald Trump caused a stir last week when he called for a temporary ban on Muslims entering the United States until the government can “figure out what is going on.”

How do voters feel about Trump’s proposal? Well, that depends.

However, when Trump’s name is removed from the question, support for the plan goes up five points and opposition goes down six: 55 percent favor the unnamed proposal, while 40 percent oppose it.

So while voters favor the “Trump” ban by a 4-point margin — that increases to 15 points when the same ban is not associated with Trump.

There are stunning shifts in the responses among Democrats: 45 percent favor banning Muslims if Trump’s name is not mentioned, yet when the plan is identified as Trump’s, support drops to 25 percent.

For this Trump has been vilified repeatedly while being unendingly misquoted. A couple of days ago I watched, to my huge disappointment, Major Garrett refer to Trump calling for a “ban on Muslims.” They always omit the word “temporary.” Ironically, at The Hill, Former head of DHS Tom Ridge admits that Syrian refugees cannot be vetted.

“A pause for refugees from that part of the world is very appropriate at this time.”

This has nothing to do with how I feel about Trump (I don’t like him). It has everything to do with my contempt for the press in general. This is not just derelict. It is utterly dishonest. The same press that deceitfully trashes Trump is ever so careful with Hillary Clinton. Tell the truth, you lying dogs. It’s your responsibility. The line between Scott Pelley and Mario Lopez is getting dangerously thin. If bias is the order of the day, we can all just watch Inside Edition and Entertainment Tonight.