Why isn’t the left afraid of inciting more violence with their anti-gun owner hate speech? 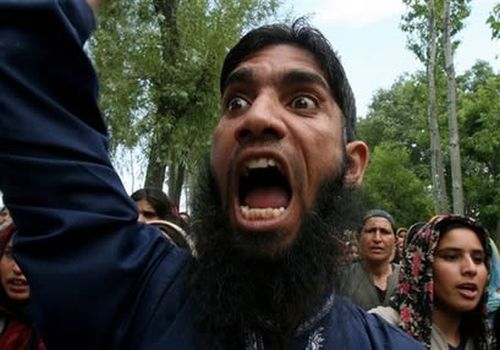 Gitmo is a recruiting tool for ISIS

GOP rhetoric is a potent recruiting tool for ISIS

Republican “Clash Of Civilizations” Rhetoric Is A Recruiting Tool For ISIS

Clinton goes so far as to blatantly lie:

Yet when it comes to those who own guns, these rules no longer apply. Oddly, neither Obama nor the left shows the same trepidation about insulting gun owners.

Wayne LaPierre is a terrorist, says the NY Daily News.

“The lobby he represents is a form of terrorism” says the NYDN Editor.

“Which enemy are you most proud of?”

O’Malley, who has taken a radical stance on gun rights, stated simply, “The National Rifle Association.”

Gun shops and gun owners are responsible for hundreds of shootings each year. @NRA is a terrorist group

Following any domestic shooting incident, the first thing Obama and the left want to do is take guns from everyone who didn’t commit a crime. They show no respect for those er,…”bitter clingers.” The question is why? Why aren’t they afraid of inciting more violence with this anti-gun owner rhetoric? Why aren’t they afraid of radicalizing gun owners? Say something derisive about Muslims and they’ll apparently all join ISIS or become radicalized in a heartbeat and wage jihad on America but the NRA and gun owners don’t seem to lock and load when left wing invective assaults the ears. They just roll with it and others buy more guns.

So which group is more reasonable?

And, of course, how dare you suggest Obama is a Muslim but Trump is Hitler.