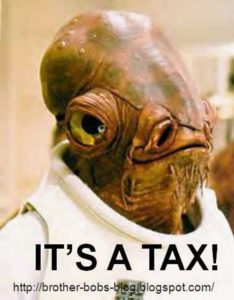 To answer my own question in the headline, indirectly and painfully, but I believe he just might have. Powerline’s John Hinderaker reports:

We conservatives think we are a hundred times smarter than liberals. So why does it seem that our representatives in Washington so often get the short end of the stick? That’s a long story, but at least part of the answer is that we need representatives of conservatism who are not only good on the stump and adept at firing up the base, but who understand the intricacies of legislation and are willing to do the hard and usually thankless work needed to beat our opponents in the trenches.

Today the New York Times headlined: “Marco Rubio Quietly Undermines Affordable Care Act.” Is that music to our ears, or what?

The Times expressed grudging admiration for Rubio’s shrewdness in derailing a key provision of Obamacare:

A little-noticed health care provision that Senator Marco Rubio of Florida slipped into a giant spending law last year has tangled up the Obama administration, sent tremors through health insurance markets and rattled confidence in the durability of President Obama’s signature health law.

So for all the Republican talk about dismantling the Affordable Care Act, one Republican presidential hopeful has actually done something toward achieving that goal.

Mr. Rubio’s efforts against the so-called risk corridor provision of the health law have hardly risen to the forefront of the race for the Republican presidential nomination, but his plan limiting how much the government can spend to protect insurance companies against financial losses has shown the effectiveness of quiet legislative sabotage.

“Quiet legislative sabotage.” I like that. You can read the article for the details, but note that Rubio’s legislative change is also popular politically:

Mr. Rubio’s talking point is bumper-sticker ready. The payments, he says, are “a taxpayer-funded bailout for insurance companies.”

Which, of course, is true.

The New York Times’ piece is also worth reading in its entirety. The Powerline story left out a few other choice excerpts from Robert Pear’s piece in the Times (emphasis mine):

“Risk corridors have become a political football,” said Dawn H. Bonder, the president and chief executive of Health Republic of Oregon, an insurance co-op that announced in October it would close its doors after learning that it would receive only $995,000 of the $7.9 million it had expected from the government. “We were stable, had a growing membership and could have been successful if we had received those payments. We relied on the payments in pricing our plans, but the government reneged on its promise. I am disgusted.”

Blue Cross and Blue Shield executives have warned the administration and Congress that eliminating the federal payments could have a devastating impact on insurance markets.

Twelve of the 23 nonprofit insurance cooperatives created under the law have failed, disrupting coverage for more than 700,000 people, and co-op executives like Ms. Bonder have angrily cited the sharp reduction in federal payments as a factor in their demise.

Congress established the program in 2010 to protect insurers against the uncertainties they faced in setting the level of insurance premiums when they did not know who would sign up for coverage under the Affordable Care Act. Under the law, the federal government shares risk with insurers, limiting their gains and losses on insurance sold in the public marketplaces from 2014 through 2016. If consumer payments to an insurer exceed the company’s medical expenses by a certain amount, the insurer pays some of that profit to the government. But if premium payments fall short of medical expenditures by a certain amount, the insurer is eligible for payments from the government.

The hope was that payments into the program would be in balance with payments out, shielding taxpayers from responsibility.

Then the numbers rolled in from the insurance exchanges’ first year of operation: Losses were so steep that insurance-company requests for risk corridor payments were $2.9 billion, compared with only $362 million paid into the program by profitable plans.

Note the point that I highlighted about how the Obamacare business model relies on the government propping up the insurers. Basically, their business model only works if the true cost is hidden from consumers via future tax increases, aka adding to our $18Trillion in debt. Even worse, this means that young people will eventually have to not only pay their inflated health care costs tomorrow, but also get the bill for a sizable chunk of our inflated health care costs today. That brings me to another point – they’re not signing up in the numbers that they were supposed to in order to keep the system afloat. Here is simple way to get more young people to sign up for Obamacare – raise the fine (not a tax!) for not signing up to be more expensive than the cheapest plans. Young people may not be too crazy about the government taking even more money out of their already bare pockets, but they voted for this. And Republicans should make every effort to point out exactly who inflicted this new law onto them. Now THAT would be an impressive trigger warning having them look for safe spaces!

I’ve been arguing that the best way to fight Obamacare is not to fight it, but to support it. The more this law rolls out, the more unpopular it becomes as those plans and doctors you were promised you would be allowed to keep haven’t happened, while the $2500 per year saving for a family of four never materialized. In a bit of poetic justice, aides working in congressional offices on Capitol Hill saw their premiums jump, we’ve seen the “unintended consequence” of the Affordable Care Act, where employers cite the law in shifting further costs to workers, and contrary to what Obama’s faithful will preach, the law is managing to bend the cost curve upward. I was among the few on the right who was truly disappointed that Vermont did not enact a single payer system as they had proposed (emphasis mine)

As Vermont Watchdog reported, an independent report by the Washington, D.C.-based consulting firm Avalere Health concluded that the costs of Green Mountain Care would require Vermont to raise tax revenue roughly equal to the state’s tax collections from all sources today.

One of my lefty pals on Facebook with whom I frequently spar contends that Americans want European levels of benefits with American levels of taxes. On that I completely agree, and I truly believe that if we raise taxes to the levels needed to pay for the level of government we have we will finally take a hard look at how our taxes are being spent. And balancing the budget via tax increases is not as difficult as one might think, as I showed in this analysis from a few years ago.

Painful? Yes. Extremely. But difficult to find a way to fairly divide up the bill? Not as much. When Americans see the real cost of the Radical Left’s policies I think that the enthusiasm for “free” goodies from the government will all but go away. Reality is hard, as explained by this business owner who had to break the bad news of what Obamacare means to his employees.

Maybe I’m wrong, but I also believe that showing the costs of what their policies truly are will destroy the Democratic party as we know it today. So Republicans, stop trying to “fix” this craptatsic legislation, stop allowing delays that will naturally be politically unpopular for Dems, and push to have every toxic piece of Obamacare in effect as soon as possible. Given how radicalized they’ve become that would be a good thing, but if we decide that we want this level of government in our lives and are willing to pay for them, then we will get exactly the country we deserve.

But somehow I think that following Marco Rubio’s way might be just what we need to wake up the country and save us from that fate.

* Update – Ah, the dangers of writing a piece when I’m too busy to finish proofing and publishing in a timely manner. The insurers found a way to stick us with the bill after all.

Anyone who says they think they a ‘100 times smarter than liberals,’ or anyone, else is pretty stupid.

Morons on the right just don’t get that the GOP trying to destroy affordable health care for all is not a good thing for them. They’d rather go back to just a few years ago when insurance composite deny coverage and let them die or have to sell their house to pay medical bills? Unbelievably stupid!

Marco rubio born In Miami to TWO ILLEGAL Cuban citizens is not eligible to run for the office of president or VP. rubio one of the gang of 8 worked hard the first ten months in office to get amnesty for illegals ( see above for the reason) and not the American citizens that voted him into office. Rubio on the campaign trail is evidently changing his position depending where he is and who he is speaking to. rubio has a sordid past and cannot be trusted. rubio is a wolf in sheep’s clothing. I am a conservative, registered republican and a native Miamian .

If being born in the USA regardless the parents citizenship was the only criteria then American born terrorist awlaki could run too. There is a reason provisions were made in the Constitution and it appears no one gives a damn about it any more.

@Reem: Yes, Reem, you are unbelievably stupid. Insurance coverage does not equal medical care. No more people have coverage than they did before the illegal, unConstitutional ACA was passed, and far fewer have medical care.