Inelegant, but not inaccurate 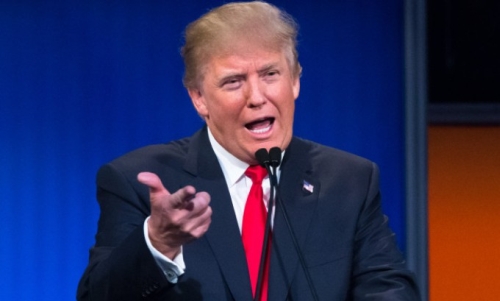 I dislike Donald Trump, but I am starting to really hate the media. This morning on the Today show NBC News reporter Kristen Welker spoke of Donald Trump and his plan:

“banning Muslims from entering the US”

Over at the New Republic Brian Beutler adds

Trump’s plan to prohibit Muslim immigration into the U.S. is indeed extreme,

There’s no legal or historical precedent for closing U.S. borders to the world’s 1.6 billion Muslims,

“total and complete shutdown of Muslims entering the United States.”

What did Trump say?

“total and complete shutdown of Muslims entering the United States until our country’s representatives can figure out what is going on.”

In other words, a temporary halt.

A poll was conducted by NBC News/ Wall St Journal. The findings?

But let’s look at the question from the poll:

Should Muslims Be Barred From Entering the U.S.?

Several people, however, were at the forum today that are fiercely against Trump. Several yelled out during the town hall and were escorted out of the building by police.

Jabril Hough, from the Islamic Center of Charlotte, said he was appalled to hear the remarks from Trump about Muslims. He was one of the protesters escorted out of the town hall.

“To say you’re going to ban Muslims and make a whole race, a whole religion of people pay for the crimes of two or three or four or five..It doesn’t make sense,” Hough said.

Jimmy Carter barred Iranians from entering the US. Politifact parses the difference between nationality and religion, as though any meaningful percentage entering the country from Iran would be something other than Muslim.

Trump spoke inelegantly. The threat to the US comes from ISIS or potential ISIS inspired individuals and none of them are going to be anything other than Muslim. To assuage the politically correct Trump should have spoken of a halt either to all immigration or halting immigration from all Middle Eastern countries as Rand Paul has suggested. This would fall in line with Jimmy Carter’s actions but given that it came from Trump there is little doubt the left would have objected to something about it.

Putting the brakes on immigration from the Middle East is wise. Tashfeen Malik proved that system is faulty- fatally faulty. Malik passed three– count ’em, three – background checks. How many more Americans have to die for Barack Obama’s sanctimonious self-righteousness? It’s very odd that an administration which has made extensive use of social media would fail to consider social media in background checks.

One after another liberal has assured us that we can properly vet these refugees.

We can’t. There are fourteen dead who can testify to it. Until we do it is a good idea to slow things down. I would wager big that if the question in the poll was

“In light of the 14 dead in San Bernardino at the hands of a Muslim woman who passed a DHS screening procedure would you consider it wise to halt immigration from the Middle East until we can assure the American people those who are admitted are not a threat?”

that the results would be significantly different from what we’ve been told so far.