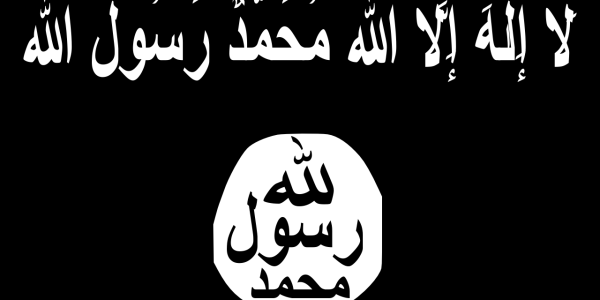 Against a background of terror attacks committed by Muslims on every continent, Western governments and their propaganda merchants in the mainstream media continue to repeat the mantra that Islam is actually a religion of peace. They insist that jihadists who commit violence in the name of Islam are distorting the faith and are not true Muslims.

It’s a narrative most people in the West are desperate to believe mainly because they’re terminally welded to the ideology of Multiculturalism and its doctrine of equality. They also know that if they ever dare to question the narrative, they will be smeared as hate-filled, Islamophobic racists.

I strongly oppose the Multicultural ideology – more accurately described as cultural Marxism – and I refuse to surrender my powers of critical thinking to gullible, intolerant rainbow disciples wielding their pernicious Orwellian thought-control weapon. I also refuse to abandon rational thinking out of irrational obedience to the multicult ideology. Such a surrender would render myself psychologically ill because it involves ignoring the warning signs reality keeps on flashing, inconveniently at odds with the childish multicultural “we’re all equal” fantasy. Something is clearly wrong, as anyone with a degree of intellect can observe. Comfortable silence is an option for brainwashed zombies who meekly embrace their own demise, something I am simply not prepared to do.

There are a number of awkward questions about Islam that desperately need to be asked and more importantly answered and here I’m going to ask just five of them.

1. Many Muslims claim to be opposed to the barbaric acts of terror committed by jihadists in the name of Islam. Additionally, liberals and leftists will assert that most Muslims are opposed to Islamic State. However, there’s a glaring contradiction, an elephant in the room these apologists are desperate to avoid.

“I have been sent with a sword to fight people until they say there is no God but Allah.” Sahih Bukhari Volume 1, Book 8, Number 387.

In Islam Muhammad is regarded as “the ideal man, the perfect model of conduct.” This prophet and his army of devout Muslims waged jihad against infidels and he PERSONALLY spread Islam by the sword. He and his band of brigands did not distort, twist or misunderstand Islam as they waged war against Jewish tribes in the Middle East, beheading their enemies and raping their women. So let’s ask our first uncomfortable question:

To those Muslims who say violence is against Islam: If ISIS truly is “nothing to do with Islam” then is Muhammad also unIslamic and do you condemn and reject his violent “perfect example”?

Liberals and leftists can make as many excuses for jihad as they like but the fact will remain: The mujahideen of ISIS are emulating the “perfect example” set by Muhammad described in the holy texts of Islam, the Sunnah and hadith, and are also obeying the numerous commands in the Quran to wage war on infidels until the world belongs solely to Allah.

How can Muslims who revere the “perfect example” of Muhammad, a warlord who beheaded people, who raped infidel women, who tortured people, who had an old woman torn apart and who claimed: “I have been made victorious by terror” possibly oppose violence in the name of Islam?

History shows Islam has a 1400 year history of non-stop violent jihad against unbelievers. Are we really to believe all of those Muslims who waged jihad over the centuries misunderstood and distorted peaceful Islam INCLUDING the prophet of Islam, Muhammad, and his army of mujahideen?

2. The claim that Islamic State is unIslamic doesn’t stand up to further scrutiny at all.

Duplicitous self-serving Western politicians who imported Islam into their nations and their lickspittle lackeys in the mainstream media go to great lengths to focus on ISIS as if they are the only Muslims committing violence in the name of Islam. Not so. In Saudi Arabia, beheadings are a legal punishment and bloggers who are critical of Islam are flogged. Rape victims are criminalized and also flogged. Poets are sentenced to death for blasphemy and apostasy. Unbelievers – the lowest of the low – literally filth in Islam – are forbidden to enter the holiest places in Islam, Mecca and Medina.

All of these harsh punishments are enshrined in the Islamic legal system the Sharia. ISIS implement Sharia in the same way as the Saudis.

This begs a second uncomfortable question:

Do the Saudis twist, distort and misunderstand Islam as Islamic State is accused of doing?

They’re committing the same barbaric horrors as ISIS yet somehow, Saudi Arabia is regarded by the West as an ally and even has a seat on the United Nations Human Rights Council. But nobody is accusing Saudi Arabia of distorting and perverting Islam. Probably because if they did they’d be regarded as unhinged.

3. Another narrative deployed to excuse terrorism committed by Muslims in the name of Islam is that violent jihad is a response to acts committed by the West. Acts such as the wars in Afghanistan and Iraq and now, bombing ISIS in Syria.

In fact, violent jihad against infidels began in 622 when Muhammad the prophet of Islam started it. Since then, Muslims have continued to spread Islam by the sword. India has faced jihad since 638 and over 80 million Hindus have been killed. Muslims invaded Africa in the seventh century and began raping, killing and enslaving infidel Africans. These savage atrocities are still continuing today, committed by devout jihadists of Boko Haram, Al Shabaab, Al Qaeda and ISIS.

Jihad came to Europe in 710 and Muslim armies conquered Andalucía in 711. It took 800 years of fighting to free Spain from Islamic hegemony. Muslims brought violent jihad to Christian Anatolia in 650 and conquered it into Dar al Islam with the sack of Constantinople in 1453 being particularly brutal. Eastern European countries were also hit by Islamic jihad with Serbia still facing it today having been forced by NATO to surrender its sacred ground of Kosovo to Muslims. The Islamic terror group the Kosovo Liberation Army (KLA) committed the same barbaric acts as ISIS yet Britain, The United States and The European Union all backed the jihadists with catastrophic consequences. Buddhists have been ethnically cleansed from Afghanistan and are fighting against the jihad in Myanmar. Thailand is blighted by jihad as is Israel. Jews have been hit by jihad from 622 to today. The Zoroastrians have almost been wiped out in Iran and Christians are relentlessly persecuted in the Middle East. Thanks to mass immigration from Islamic states, devout Muslim mujahideen are raping and slaughtering infidels in European and North American cities.

It’s odd that a “religion of peace” has such a long, bloody history of warfare against unbelievers from so many faiths. And just why, exactly, are Muslims still slaughtering infidels today as Muhammad and his men did in 622, brutal acts emulated by devout Muslims throughout Islam’s history?

Let’s have our third uncomfortable question:

If the attacks on USA, France, Britain, Spain, Mali are in return for actions in Iraq, Afghanistan and Syria what are the excuses for the jihad that began in the Middle East in 622, jihad against India started in 638, the conquest of Spain, the jihad that transformed Christian Anatolia into Islamic Turkey, the jihad against Serbia started in 1389 and the genocide of an estimated 2 million Armenians committed by the Turks between 1915 and 1923?

4. After devout Muslims had slaughtered Charlie Hebdo cartoonists and Jewish shoppers in the Paris attacks of January 2015, millions of Muslims around the world took to the streets in protest. Not against the murders of innocent people but against the West’s response to it, in particular, the “Je Suis Charlie” defence of free speech and particularly the right to criticize and mock all ideologies including Islam.

This outraged millions of Muslims around the Islamic world just as the infamous cartoons mocking Muhammad published in the Danish newspaper Jyllands Posten in October 2005 did. Indeed, this video of the London protest was the “road to Damascus” moment for your humble author who was once a liberal to his core. Back then I strongly believed all religions were the same but watching that disturbing video shook me out of my slumber.

This leads to our fourth uncomfortable question:

Why don’t millions of outraged Muslims ever take to the streets to protest against acts of violent jihad and the slaughter of “innocent” infidels?

I mean, if the vast majority of Muslims are opposed to violence committed by mujahideen in the name of Islam where the heck are the millions of outraged Muslims protesting against ISIS as they did against cartoons of the murdering, raping, terrorist Muhammad and the Charlie Hebdo defence of the right to free speech?

5. Finally, let me ask: Why is it only Muslims commit terror attacks on civilians in reprisals for offending Islam or for attacks on Islamic states?

Are they the only people who have grievances? Where are terrorist attacks committed by Christians in response to persecution across Africa and the Middle East? Where are the revenge attacks from British, Swedish, Germans and Norwegians for the gang rapes of their women and girls by Muslim males? Where are the Buddhists blowing up Muslim civilians in response to the jihad waged against them? Same applies to Hindus and Sikhs. And what about angry Serbs shooting up restaurants in London or Berlin in response to the criminal bombing of their country by NATO? Where are Greek-Cypriot terrorists slaughtering Turkish citizens because of Turkey’s illegal occupation of Cyprus? They never happen. So why is it only Muslims committing these atrocities year in, year out, month in, month out on every continent?

That’s five awkward questions about the religion of peace. I challenge anyone on the left, any Muslim, any liberal defender of Multiculturalism to answer them. Without resorting to abuse, name calling, insults or violence.