The Black Lives Matter Movement: The Preening of Petulant Millennials vs. Actually Accomplishing Anything

I remember once hearing a question posed by some would be philosopher: “If you could do something that cured all of the ills of the world, but only if someone you despised would get the credit, would you do it?” It’s an interesting question with a number of elements to it. Are you really a humanitarian or do you just want to be seen as such? What’s more important, your legacy or the lives of others? Are you able to overcome petty jealousy for the “greater good”? Of course as it’s a hypothetical question you can answer and gain all of the approval without actually having to do anything. 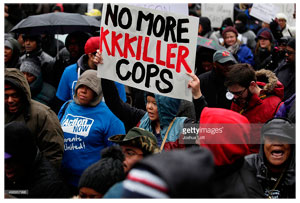 I couldn’t help but think about that question when I read about a group of Black Lives Matter protesters shutting down Chicago’s Magnificent Mile shopping district on Black Friday. The protests were in response to the killing of Laquan McDonald by Chicago police officer Jason Van Dyke. Shouting “No Justice, No Shopping” the protesters were demanding the resignation of the mayor, the police commissioner and the prosecutor. Their crimes? Not releasing the dashcam video earlier and taking too long to charge Van Dyke. He had been charged earlier in the week. Whether there was obstruction somewhere, we will see. Justice may be moving slowly, but the system is working. 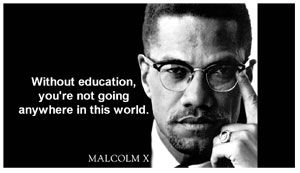 Why? Because focusing on those kinds of things would take courage, would require more than facile sloganeering. The thing that distinguishes the BLM movement from real civil rights heroes of the last century is that men and women like Martin Luther King, Rosa Parks, Malcolm X, John Lewis and thousands of others did what they did in the face of real racism and threats of real violence… when police were spraying them with fire hoses, siccing 100 lb dogs on them and beating them with clubs. And those were just the government officials in front of the cameras. With the killings of Medgar Evans, Wharlest Jackson, four little girls in a Birmingham Baptist church and many others it became clear that it wasn’t only racist police that had to be feared but Klansmen and others seeking to stop the march of civil rights at any cost. Despite all of that, there were tens of thousands of people across the country who marched and sat in and sued for equal rights. That was courage. And it made a difference.

What we see today from the BLM movement and much of the left is not only not courageous, it’s nonsensical… in addition to being a disgrace to the memory and history of real civil rights heroes. It’s easy to picket a store where people are just trying to do their Christmas shopping and few are going to bother trying to cross your lines when they can simply choose Amazon. It’s easy to sit down in a bucolic Ivy League library and spew epithets until the targets simply go away. It’s easy to go on strike if your football team is so bad it doesn’t have anything to play for in the first place. While these are all courageous “civil rights” actions in the eyes of the lefties, most importantly, they can get activists seen on TV, pretending to make a difference. But make no mistake… They’re not making a difference. They’re not fighting for the right to vote. They’re not fighting for equal access to schools and universities. They’re not fighting to remove Jim Crow laws. No, these “civil rights” activists are fighting for “safe spaces” where they won’t get their feelings hurt. They’re fighting for “justice” for Michael Brown, an 19 year old black man who was killed while attacking a police officer after he had committed a robbery. They’re fighting to take names off buildings of men whose lives did not comport to modern values.  They’re fighting to remove flags they find offensive.

Which brings us back to the initial question… Do BLM protesters truly want to do things of consequence that might actually help improve the lives of black Americans or do they simply seek glory? Count one for vanity. Picket gangs who are killing hundreds of young black men and women and children each year? Nope. Organize voters to dump leftist Democrats whose progressive policies have victimized urban communities across the country and saddled them with failing schools, high taxes, staggering crime and stultifying unemployment? Nope. Fight to repair black families where 72% of all children are born to single mothers? Of course not.

We don’t hear much of that, if any, because the BLM movement isn’t about finding solutions to the challenges that many blacks face in America. No, the BLM movement is an attempt by petulant millennials and other SJWs to find their inner Kim Kardasian so that people will pay attention to them and they can pretend that they are making a difference. They are making a difference, but it’s not the one they think it is. Take a look at Baltimore, Ferguson, Chicago and New York and see what’s happening with crime in general and murder in particular after the movement demonized police. The majority of the victims of those crimes are black men and women and children, many of whom are just trying to make their way through their daily lives of work or school or raising a family. They are doing so do so in crime riddled Democrat communities enabled by “activists” like those from BLM who focus attention on easy targets where they know they will encounter little resistance, but in the end accomplish less than nothing.

They do have one thing right however. There are problems in black communities across the country. The problem is not police however. The problem is not white racism or institutional racism. While those problems will crop up now and again, the real problems of black communities have much more to do with family breakdown, failing schools, black on black crime and individual responsibility – problems shared by the larger population but which seem to disproportionately cripple black communities. And of course government strangulation of freedom and opportunity.  But those are tough issues which don’t lend themselves to empty headed sloganeering like “Hands Up!  Don’t Shoot!”.

Fittingly, the patron saint of the BLM movement is Barack Obama, the king of obfuscation, misdirection and failure. Perhaps when he is a “retired statesman” the country will finally have had enough of the tyranny of “community organizers” and “activists” who seek not to make real change, but rather to wrap themselves in the cloak and glory of “civil rights” as they seek to loot the public treasury and silence opposition. Something good from Barack Obama… finally!

Login
wpDiscuz
41
0
Would love your thoughts, please comment.x
()
x
| Reply
‹ Back to Categories