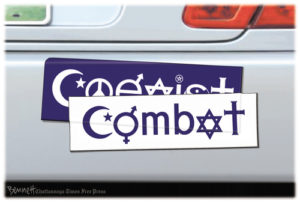 I’ll bet that’s a headline that you never expected to see on this site! But credit must be given where it’s due. Kaitlyn Schallhorn over at The Blaze reports (h/t) Truth Revolt:

“Let me finish tonight with two numbers that don’t make sense, certainly not when you put them together,” Matthews began before noting that there are 4 million Syrian refugees, but only four Syrians have been recruited by the U.S. to fight ISIS.

Matthews brought up another excellent point, implying that the Islamic State could be taking Syria “from people who would rather leave for the West”:

“Some said here last night that we can’t ask Syrians to fight for their country because they have families. Well, tell that to the American families, those we care most about, who have a member of their family on their fourth-deployment right now.”

The host went on, sounding suspiciously like he was becoming conservative right before our eyes, to the discomfort of his bosses at MSNBC, no doubt:

“Is it too much to ask that the Syrians lead the fight to retake Syria? It is their country. Unless they’re willing to abandon it. And what do we think of people who do that? And besides, even if we, the United States and other European countries overthrew ISIS, we’d still have to turn Syria over to somebody. If we had Syrians playing the rightful part in the liberation of their country, they would be the ones taking it over.” 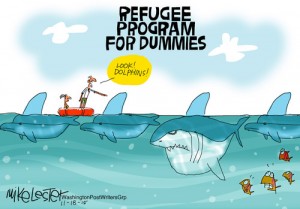 Now that question about Syrians not fighting because they have families sounds like the disconnect of an urban elitist – ever since the earliest days when Grog and Thagg used their newly evolved opposable thumbs to pick up clubs and defend themselves along with their mates and offspring, men and women have joined the military in defense of their homes throughout history.

So why are so many military aged men abandoning their families, their homes, and any roots to their past to avoid fighting? I can’t go inside their heads of each of them, but to give a short answer – they’re not fleeing from fighting at all. In fact, they’ve gone to fight and conquer. If you had your choice between fighting for a town against the kinds of well armed psychos who crucify a town’s citizens, rape the women and children and burn their enemies alive or invading pacifistic Westerners who will welcome you to your town to take over without a shot fired, let you destroy property as you wish, rape their women, and hand you a check for your troubles – which would you choose?

I’m even more amazed at all of the Westerners who insist that failure to open the gates to the invading barbarians is somehow evil. Maybe for fun when the next terrorist attack comes or refugees start a riot someone with better artistic skills than me can Photoshop them holding Gadsen flags and wearing NRA buttons so that American leftists can instantly hate them. 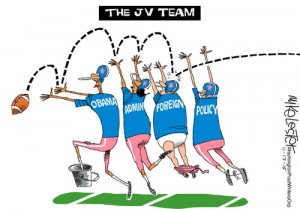 There is one more question that never seems to come up for all of the praise and love that the Radical Left heaps onto the greatness of Islam. Back in the early days of the Iraq War one of the crazier leftists, Ted Rall (If you’re not familiar think of a Michael Moore whose medium is badly drawn political cartoons that appear in alternative newspapers) gave a thought provoking suggestion. He said that we should not have invaded Iraq until we had built a coalition of Arabic-speaking countries. Granted, given who these countries are building a coalition of nations with a vested interest in seeing the war effort fail this wasn’t a good idea. But that’s the benefit of reading the crazies – sometimes their bizarre ideas take your thought path down a road it might not have gone down if you’re only interacting with sane people. Which brings me to my question:

If these extremist terrorist groups are not true Islamists and are hijacking the religion of Islam, where is the outrage among the true Muslims? Shouldn’t Muslims from around the world be outraged and sending in their armies to crush these infidels? Shouldn’t the Saudis, the Malaysians, Pakistanis, Iranians, and even the Palestinians be forming a coalition to destroy these blasphemers? Given the many mass protests and riots we’ve seen over the years I would personally take more offense over someone committing genocide and raping children in the name of my religion than a rumor of a Koran being flushed down the toilet.

And on the subject of unasked questions, don’t get me started on what these incoming refugees’ opinions probably are on abortion, gay marriage, and other subjects that compose leftist dogma. Perhaps someday when the racists from the Radical Left start holding those nonwhite savages to the same standards of behavior as white Americans we can start looking for answers.