How Soon Until Alice’s Restaurant is Deemed Hate Speech? 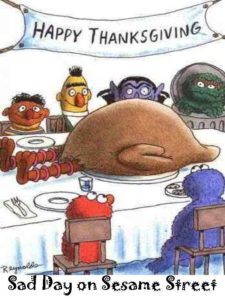 From this post’s title you’re probably guessing that I’m about to write about the latest tirade from leftist crybullies. While thankfully this has not happened yet, it almost feels inevitable. Ace gives a roundup of the latest round of outrages from just yesterday:

And even Math itself is under attack by by feminists.

The point is that nothing is too crazy to cause offense to the Radical Left. So how does this relate to the song Alice’s Restaurant? For those of you unfamiliar, this year marks the 50th anniversary of Arlo Guthrie’s legendary counterculture song that takes a jab at the Vietnam war toward the end of its 19 minutes. The song itself is just some acoustic guitar playing while Guthrie relates a tale based on a true story that took place in his life – in a nutshell, he is arrested for dumping garbage and this conviction ultimately disqualifies him from joining the army. The story itself takes place on Thanksgiving, and over the years has become a Thanksgiving tradition itself. Growing up in New Jersey, my older brothers and I would look forward to the annual Noon broadcast of this song on the former rock station WNEW-FM.

Despite the point of the song being a leftist message it doesn’t beat you over the head with it, such as with all of the ridiculous anti-American Iraq War movies from the Bush years or your average Colbert skit. It’s genuinely funny, and Guthrie is a master story teller. At this point you’re probably wondering why on Earth this song could be seen as problematic. Well, toward the end Guthrie offers this suggestion (lyrics via Metrolyrics, emphasis mine):

And friends, somewhere in Washington enshrined in some little folder, is a
Study in black and white of my fingerprints. And the only reason I’m
Singing you this song now is cause you may know somebody in a similar
Situation, or you may be in a similar situation, and if your in a
Situation like that there’s only one thing you can do and that’s walk into
The shrink wherever you are ,just walk in say “Shrink, You can get
Anything you want, at Alice’s restaurant.”. And walk out. You know, if
One person, just one person does it they may think he’s really sick and
They won’t take him. And if two people, two people do it, in harmony,
They may think they’re both faggots and they won’t take either of them.

Such slurs are very problematic. If banning this song sounds insane keep in mind that back in 2011 Dire Straits’ “Money for Nothing” was memory-holed from radio airplay north of the border by Canada’s “Human Rights” Commissars. Thankfully sanity prevailed and the ban was lifted after a few months. But given how our outrage culture has metastasized would anyone be shocked  if even a darling among the left like Arlo Guthrie came under fire?

This is one of those predictions that I don’t believe will ever come true, but if it did I wouldn’t be shocked.

And on this Thanksgiving as you enjoy time with your family, take a moment to remember the victims of the Pinedale Shopping Center Massacre.

And in the words of the late, great Rick Danko. “Happy Thanksgiving!”

1 I might be in the minority on this, but while the idea of having a man cave in Chateau d’ Bob sounds fun, my general thought on the subject is, “If you need a room to get away from your family you’re doing it wrong.”

Salt Lake City had a visit from Arlo Guthrie just recently and hubby and I both were amazed that just the littering aspect of the song hadn’t made it verboten.
People loved him here!
All that un-PC in the most liberal city in Utah and they LOVED him!
Arlo remade that song to be a bit more liberal than liberal was by the song’s 40th anniversary.*
I wonder if he had to rewrite it even more by this year?
He is willing to.

Happy Thanksgiving—A little different now I’m a vegan but the wish remains the same-of course I’m Irish so the Party goes on.

@Nanny: I hope he didn’t change it too much – the original is such a great song!

@Rich: Even though The Band has nothing to do with this post I used the Thanksgiving theme as an excuse to slip it in. Sister Babe is very patient with how we overdose on The Last Waltz around this time of year! As much of a metal head as I am TLW is by far the greatest concert album ever made.

And Happy Thanksgiving to you both!

@Brother Bob: Actually, I heard from one concert-goer that he only sang the 1st 3 minutes or so then stopped.
He told the audience, ”you know how it goes….on and on and on for 17 minutes.”
So, he avoided many potential issues.

What a life it must be looking at everything so you can pick out something to be offended, no sense of humor. You dont even have to think its funny just roll your eyes and live and let live. They cant do that organize tell others to be offended burn something down. Demand that history be wiped out. Conservatives have finally had enough, not another inch, restore what was lost, peacefully, within the confines of the law. We can be as relentless as them. We need to laugh point and laugh at their ridiculous arguments, make fun of them, hurt their feelings.

@Brother Bob:All should Turn up “The Night They Drove Ol Dixie Down” with the late great Levon* Helm on vocal and drums.

* Did you know that’s who Elton John was singing about?

Dr. J. Young Frankenstein Had me at “walk this way.” Happy Thanksgiving

It is truly amazing that the only two works in the vocabulary of the liberals, tree huggers, congress, the fool and the idiot’s toilet cabinet and demonstrators are sexist and racists? few went to college now went to high school and most do not even know their daddies.
Time to end this crap of poor me…
Stupidity is not curable.

I’ve been seeing lot’s of local tv ads for “the Wiz”. Maybe we should target them for “cultural appropriation”. ;-D

@Jim S: No such thing anymore they changed the name its now “self identify”

@kitt
“Levon” Song by E.J.. about his friend Levon Helm.:

I saw the headline, thought it might refer to hate speech towards cops:
“I fell off a cliff, but I didn’t die. I fell on a cop. And he died.”

Brother Bob,
Here’s today’s bit of insanity from socialist Canada, America’s Canary in the coal mine:

When news started spreading about soldiers receiving letters notifying them that they would be asked to vacate their residences to make room for refugees, the Liberals denied it. They’ve now confirmed that single unmarried soldiers awaiting deployment, will indeed need to move.
Soldiers are used to being asked to make sacrifices and we’ll have to wait and see how long they can expect this dislocation to last.

@Rich Wheeler: Levon. Of course. Right now I’m kicking myself over how many times I’ve heard that song and the connection never even dawned on me!

@James raider: Even more disturbing in that story was that soldiers were being asked to not wear their uniforms. I’m really starting to wonder not only if Western Civilization will survive, but if it deserves to.

[…] a double shot with Flopping Aces, with a post wondering when Alice’s Restaurant will be deemed hate speech. And the WRKP turkeys can fly […]

I caught Arlo at the Garden State Arts Center back in the 80’s, and he substituted the post office for the shrink’s office, because that’s where we had to go to register for the draft.

It was definitely a different type of leftism back when he wrote that song, as opposed to today’s bat guano insane people.

@William Teach: Wow – “Garden State Arts Center”. I keep forgetting you’re a Jersey boy too, and I remember when it was called that back in the day. My last show there was seeing David Lee Roth back in ’91, who put on a most impressive show despite being apparently stoned to the gills. That show was also notable for its “best performance by a band you don’t like” that goes to that night’s opening act… Cinderella! I’m not the only one who’s said this, either – who knew?

Thanks for the props over at Pirate’s Cove, and Happy Thanksgiving!

I strongly doubt these lyrics could be sung by an all-black group, but they were part of a BIG HIT in the day for En Vogue:

@Nanny G: Funny how back then it was the left repeating those words…