Obamacare is dying. Let it die. 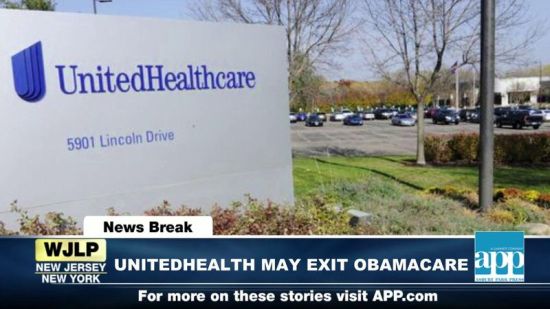 It’s no secret that Obamacare is in trouble.

Nearly half a billion dollars in federal money has been spent developing four state Obamacare exchanges that are now in shambles — and the final price tag for salvaging them may go sharply higher.

Each of the states — Massachusetts, Oregon, Nevada and Maryland — embraced Obamacare, and each underperformed. All have come under scathing criticism and now face months of uncertainty as they rush to rebuild their systems or transition to the federal exchange.

The federal government is caught between writing still more exorbitant checks to give them a second chance at creating viable exchanges of their own or, for a lesser although not inexpensive sum, adding still more states to HealthCare.gov. The federal system is already serving 36 states, far more than originally anticipated.

Enrollment is falling short. The Obama administration projects that it will have roughly 10 million people on the state and federal exchanges by the end of next year, a staggering climbdown from prior expectations. The Congressional Budget Office had predicted that there would be roughly 20 million enrollees. If the administration is to be believed, enrollment will only increase about another million next year from its current 9 million and only sign up about a quarter of the eligible uninsured.

Premiums are rising. Not everywhere, but steeply in some states. Indiana is down 12 percent, but Minnesota is up 50 percent. Health-care expert Robert Laszewski points out that it is the insurers with the most enrollment and therefore the best information about actual enrollees who have tended to request the biggest increases — a sign that they don’t like what they’re seeing in their data.

Relatedly, the economics are shaky. According to a McKinsey & Co. analysis, last year health insurers lost $2.5 billion in the individual market that Obamacare remade. Obamacare co-ops that were supposed to enhance choice and lower costs have been failing, and almost all of them are losing money, a victim of the absurd rules (no industry executives on their boards, no raising capital in public markets, etc.) imposed on them by the law.

High risk pools were already running out of money.
Contrary to Obama’s promises (shocked face), rates are going up:

Many people signing up for 2016 health policies under the Affordable Care Act face higher premiums, fewer doctors and skimpier coverage, which threatens the appeal of the program for the healthy customers it needs.

Insurers have raised premiums steeply for the most popular plans at the same time they have boosted out-of-pocket costs such as deductibles, copays and coinsurance in many of their offerings. The companies attribute the moves in part to the high cost of some customers they are gaining under the law, which doesn’t allow them to bar clients with existing health conditions.

These dual realities threaten to undercut the law’s popularity with the customers it relies on the most: relatively healthy people. Their participation is vital to offset the costs of sicker people who can buy coverage at equal prices for the first time under the law; if the healthier ones pull out, that would put additional upward pressure on premium prices.

Premiums for individual plans offered by the dominant local insurers are rising almost everywhere for 2016, typically by double-digit percentage increases, according to a Wall Street Journal analysis of plan data in 34 states where the HealthCare.gov site sells insurance.

Insurers are threatening to leave:

UnitedHealth Group UNH +1.79%, in a surprising announcement, said this morning it has revised its profit expectations for the rest of the year due to what it called a “deterioration” of its individual commercial insurance offerings on government-run exchanges under the Affordable Care Act and offered no commitment it would stay in the business beyond next year.

The nation’s largest health insurer said it was “evaluating the viability of the insurance exchange product segment,” pulling back on its marketing efforts for individual exchange products for next year and “will determine during the first half of 2016 to what extent it can continue to serve the public exchange markets in 2017.” The insurer sells individual plans on public exchanges in 24 states and covers more than a half million Americans in these plans.

We here have predicted that rates would jump big time once the risk corridors expire in 2017. Risk corridors are subsidies to cover losses to insurance companies participating in Obamacare and keep rates artificially low. When they’re done, boom:

The ACAt’s authors created these two programs for a specific reason: They would ease the transition from the pre- to the post-ACA health care system. In the post-ACA world, health care is more expensive — a fact borne out by 2014’s average 41% spike in base premiums. Re-insurance and risk corridors have largely hidden these price increases from consumers for the past year; they will continue to do so until Jan. 1, 2017.

Premiums likely will skyrocket come that date. The Medical Industry Leadership Institute’s study estimates that once the two subsidies expire, premiums for a cheap bronze plan in Wisconsin could increase by a staggering 96% for individuals and by 46% for families.

The regime knows this is coming and they’re setting the stage for unending subsidization of Obamacare:

The Department of Health and Human Services attempted to reassure private insurers on Thursday that they’ll be able to recover losses from participating in Obamacare by claiming it was an “obligation” of the U.S. government to bail them out.

At issue is a provision within the law known as the risk corridors program. Under the program, which runs from 2014 through 2016, the federal government is to collect money from health insurers doing better than expected and use those funds to provide a federal backstop to other insurers who incur larger than expected losses from rising medical claims. The idea was to provide training wheels to insurers in the first years of Obamacare’s implementation, and to take away any incentive for insurers to cherry pick only the healthiest customers.

Obamacare is “unexpectedly” failing to live up to its promises:

Now that insurers have been able to look at medical claims, what they’ve found is that enrollees in Obamacare are disproportionately sicker, and losses are piling up. For the 2014 benefit year, insurers losing more than expected asked for $2.87 billion in government payments through the risk corridors program, but HHS only collected $362 million from insurers performing better than expected. Thus, the funds available to the federal government only amounts to 12.6 percent of what insurers argue that they’re owed.

Insurers are bleeding and they see no end to the hemorrhaging:

The insurer announced losses of $425 million on ObamaCare plans, and CEO Stephen Hemsley said, “We cannot sustain these losses,” and “we saw no indication of anything actually improving.”

Hemsley pointed to enrollees who were older and sicker than expected and in many cases gamed the system by waiting until they were ill to sign up. “We can’t subsidize a market that doesn’t at this point appear to be sustaining itself.”

As I said earlier this year:

We here predicted this a long time ago. There is simply no way you’re going to eliminate pre-existing conditions, add illegals to the rolls of free health care, add millions of new Medicare patients and lower health care costs.

Obamacare is going die slowly. It has become a giant gas bag and as the little enthusiasm that exists for it now wanes it will cool into something no longer recognizable after all the “fixes.”

Now we’re “obligated” to bail it out? I don’t think so.

In 2009, Obama said “If you misrepresent what’s in this plan, we will call you out.”

He did repeatedly, and now we will.

Obamacare is dying. Republicans really don’t need to waste any more time on repeal. It’s going to die on its own. All the GOP needs to do is to not once again snatch defeat from the jaws of victory. Obama and the democrats got exactly what they wanted. They shoved Obamacare down our throats. They wrote the law unilaterally. They were inflexible, unrelenting, uncompromising. That is what the GOP should offer in return now.

Pass the popcorn and let it die. It’ll be great fun watching the Obama legacy go down in flames.