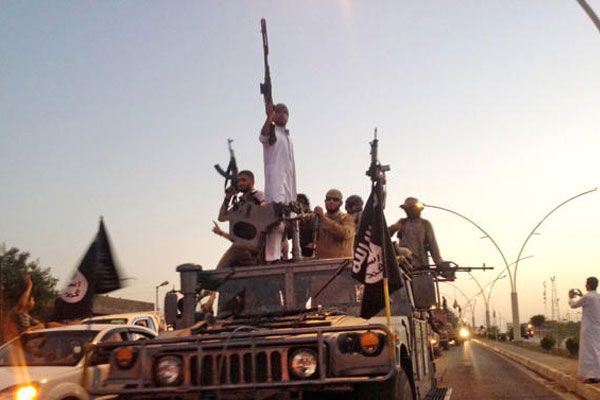 The President of the United States is impotent. Useless and impotent. Maybe worse than that. Obama just held a press conference in Antalya Turkey, and it was shameful.

When a person suffers a laceration there are a couple of options available. One, gauze packs can be applied to soak up the blood as it pours out, or two, the cause of the bleeding can be ligated. In the first example, the patient dies. In the second, the patient lives.

Obama does NOT want to stop the bleeding.

“Why can’t we take out these bastards?”

He had no answer other than to babble. Obama was never more emotional than when he spoke of Muslim refugees. He asserted that the refugees are parents and children. These “refugees” are mostly young men. In his presser Obama entirely glossed over the atrocities committed by these “refugees.” Rapes are epidemic in refugee camps.

Rome (CNN)Muslims who were among migrants trying to get from Libya to Italy in a boat this week threw 12 fellow passengers overboard — killing them — because the 12 were Christians, Italian police said Thursday.

Nothing captures Syrian “refugees” more than this image:

Obama gave ISIS weapons and territory in which to play. In May ISIS paraded US military hardware left behind when Obama abandoned Iraq.

In addition, “there were some artillery pieces left behind,” said Army Col. Steve Warren, a Pentagon spokesman, but he could not say how many.

About 100 wheeled vehicles and “in the neighborhood of dozens of tracked vehicles” were lost to ISIS when the last remaining Iraqi defenders abandoned the city of about 500,000, Warren said.

The tracked vehicles were mostly armored personnel carriers but “maybe half a dozen tanks” were in the mix, Warren said. He did not say what type of tanks they were. Photos posted by ISIS on social media purported to show about 10 M1A1 Abrams tanks in their possession and large amounts of captured ammunition.

What did Obama do about that? Nothing.

What should Obama do? I’ve said it before. Assemble a coalition- Turkey, Jordan, England, Russia, France, Saudi, Egypt, Israel- put forces on the ground and in the air. Take on ISIS and utterly destroy them. This is not just France’s problem. It’s everyone’s problem. ISIS has taken down an airliner and now has murdered 129 French. It’s what a real leader would do.

Talk to the hand, says Obama.

Obama does NOT want ISIS to be wiped out. He does want to import millions of Muslims into this country. We can’t vet them properly. We can’t know if they’re threats but Obama is insistent on taking them in despite that. Until ISIS is terminated, the “refugee” flow will not stop. One has to ask- is this the strategy? Obama may not officially be a Muslim, but there is not a greater Islamic sympathizer on the face of the Earth.

And yes, Obama, they ARE Islamic terrorists. Until he come to grips with that, we’re not safe. And he can stop acting as Islam’s chief expert spokesman.

Obama won’t take the steps needed to wipe out ISIS for good. Obama will continue a reckless campaign to import hundreds of thousands of Muslims without knowing if they’re a threat to the US. What we’re doing against ISIS isn’t working but obama says we’re staying the course. He won’t solve the problem. There’s something very wrong with Obama.