What happened in France is likely to happen in the US, thanks to Obama and Kerry- UPDATED 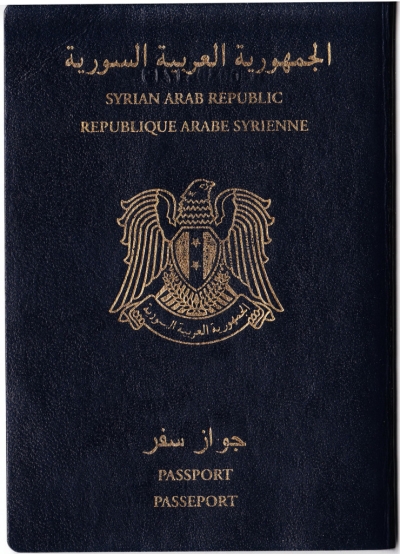 A Syrian passport has been recovered near the body of one of the Paris attackers.

You know what we need? More of this in the US:

BERLIN — The Obama administration will increase the number of worldwide refugees the United States accepts each year to 100,000 by 2017, a significant increase over the current annual cap of 70,000, Secretary of State John Kerry said.

“This step that I am announcing today, I believe, is in keeping with the best tradition of America as a land of second chances and a beacon of hope,” Mr. Kerry said, adding that it “will be accompanied by additional financial contributions” for the relief effort.

We can’t properly vet those kind of numbers. Mike McCaul, Chairman of House Homeland Security committee, said back in April:

“When I had a hearing on this, the assistant director of the FBI testified that it’s a major problem, and frankly, I don’t think Homeland Security supports this either. And the FBI, I know they do not — strongly, because you can’t properly vet these individuals, because they don’t have the proper database,” he said Tuesday.

He added, “So they don’t have the proper vetting on who these people are, and if you don’t know who they are and you bring them into the country, that poses a threat.”

Well before the announced increase in refugee admittance, the FBI admitted:

Obama plans to bring 10,000 additional Syrian Refugees to the U.S. this year, yet the FBI has already said they do not have a way to properly vet the refugees, which could cause a threat to national security.

The chairman of the Homeland Security committee, Rep. Michael McCaul (R-TX), asked officials from DHS, FBI and the National Counterterrorism Center (NCTC), “if bringing in Syrian refugees pose a greater risk to Americans?” Steinback responded, “Yes, I’m concerned. We’ll have to go take a look at those lists and go through all of those intelligence holdings and be very careful to try and identify connections to foreign terrorist groups.”

Last week Rep. McCaul renewed the concern that ISIS wants to use the refugee crisis to sneak into western countries. “The President wants to surge thousands of Syrian refugees into the United States, in spite of consistent intelligence community and federal law enforcement warnings that we do not have the intelligence needed to vet individuals from the conflict zone. We also know that ISIS wants to use refugee routes as cover to sneak operatives into the West,” he said in a statement.

“When ISIS say they will use the migrant tide to flood Europe with 500,000 of their own jihadists, I think we better listen.”

ISIS claims to already have inserted 4000 terrorists posing as refugees into Europe.

The FBI cannot properly vet the numbers of “refugees” being brought into this country now. Obama and Kerry plan on significant increases in those numbers. This is unacceptable and it all but guarantees what is happening in France will happen in the US. Obama is speeding up the process of making sure those Syrians get into the US.

Hillary Clinton already told ISIS that she would not declare war on them.

ISIS is seeking to establish a caliphate in the Middle East and likely harbors the dream of going on to conquering the world. They are the cause of the refugee crisis in Syria. There are two choices to deal with the refugee crisis. Either treat the symptoms or treat the disease. If a patient contracts cancer, it can be treated with pain medication until the patient dies or the cancer can be excised. The choices in Syria are two: import the entire population of the Syria into the Europe and the US or destroy ISIS. Now.

If he wasn’t such an idiot, Obama would forge a coalition with Turkey, Russia, Syria, Egypt, Iraq and even his pals in Iran and create a force to ferret out and terminate ISIS as ruthlessly as ISIS has treated its captives. The problem is, Obama has been too busy knocking over secular dictators, who while not ideal, stuffed ISIS and Al Qaeda.

Americans who leave this nation to fight for ISIS (and are perhaps trained by ISIS) are allowed simply to return when they’re of a mind to do so. Now we’re going to import a quarter of a million Syrians without proper vetting into the US.

There’s nothing to worry about, says Obama, since ISIS is contained. They’re the JV, right? The war on terror is over, right?

It’s hard to imagine a more arrogant and stupid President. Or perhaps he really doesn’t want to defeat ISIS. Obama has two kids. You’d think he’d worry about the kind of world he’s molding for them. Or maybe things are going just as he wants them.

This war is upon us. It is in the country now. It has the form of refugees for the moment, but if our current policy continues it will be much more than that.

At least two of the Paris attackers are “migrants”

It’s not a question of Americans dying any longer. The only question is how many will have to die before Obama and his band of goddam idiots get a clue.