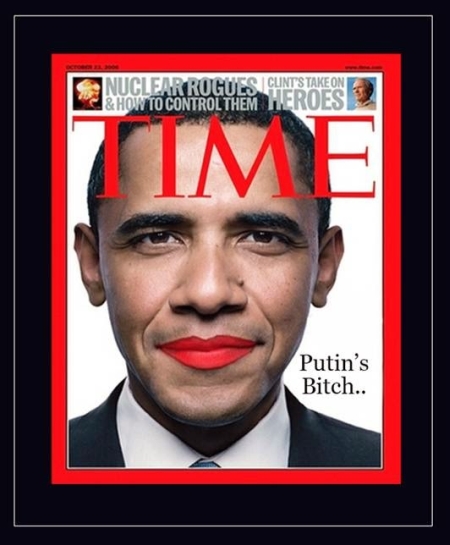 The weakest President since Jimmy Carter, the “man” who won the Olympic gold medal for Flexibility to Foreign Leaders, mocked the GOP candidates for their response to what is widely accepted as an astonishingly inept and biased set of debate moderators. Obama sneered:

“Let me tell you, if you can’t handle those guys then I don’t think the Chinese and the Russians are going to be too worried about it.”

Ha ha ha, cooed the idiots in the audience. A couple of things about that. Firstly, the GOP candidates handled the left wing CBNC stooges beautifully. The candidates successfully put the spotlight on the obvious bias as well as on the pathetic set of questions offered by the moderators. They accomplished what up to now no one has been able to do- solidify the party and even get support from the left.

Obviously, the intent of the left was another food fight meant to cause personal attacks among the candidates and prevent them from voicing their stances on the issues. It could not have gone more wrong for the CNBC flacks. Having watched John Harwood’s moderate mask slowly decay off over the last several years to reveal the hard left winger he really is, I especially enjoyed seeing him hammered.

But that’s one thing. Let’s crank up the Wayback Machine and have a look at Barack Obama’s history of facing the enemy. Back in 2007, the President who has become Putin’s b*tch refused to appear on a Fox News Presidential debate:

“Any candidate for high office from either party who believes he can blacklist any news organization is making a terrible mistake about journalist.”

“Pressure groups are forcing candidates to conclude that the best strategy for journalists is divide and conquer, to only appear on those networks and venues that give them favorable coverage,” Ailes said, adding that any candidate “who cannot answer direct, simple, even tough questions from any journalist runs a real risk of losing the voters.”

Obama wasn’t alone in his fear:

Yesterday, Chris Dodd and Bill Richardson became the latest Democratic presidential candidates to decide that they will not participate in this fall’s Fox News Channel debate, which is co-sponsored by the Congressional Black Caucus.

Someone named Hillary Clinton was also afraid to appear on Fox.

It is not surprising that Putin’s b*tch would one again validate accusations that he is a hypocrite. It’s also not surprising any more that the hopelessly biased left wing media would have no memory of Obama’s fear of Fox News.

Obama couldn’t handle Fox News, and went on to prove he couldn’t handle the Russians or the Chinese. Or even ISIS. America should have gotten a clue from that back then and Obama should take a lesson from the GOP candidates now.