Will Hillary’s Tea Party Connection Come back to Haunt Her? 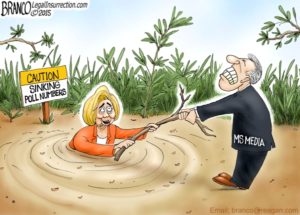 The frontrunner for the Democratic party’s presidential nomination has a serious problem. And no, I’m not talking about the myriad of scandals, or some of her shadier associates whose names might not be that familiar to the average voter, like Huma Abedin or Sidney Blumenthal. Nope, Secretary Clinton has an advisor in a position not only of great influence, but one that is very well known in the American public. And he has a history of holding views that by today’s standards have him labeled as nothing less than a Tea Party extremist. Here is a list of his offenses:

He has supported religious liberty

He has had a working relationship with a noted GOP radical, as opposed to the current model of accusing anyone who doesn’t support a radical left-wing agenda of being an extremist

He has been known to oppose big government

He supported reduction of  the Capitol Gains Tax

He was a champion of free trade with foreign nations

And in one of his lesser known bouts of extremism, he was prepared to follow through on the radical notion that individual citizens could make better decisions over their retirement savings than their betters in the government!

But possibly worst of all, he had the audacity to criticize the country’s first black president

Unless you slept through the 90s you’ve probably figured out that I am referring to none other than our 42nd president, William Jefferson Clinton. And before any lefties decide to respond with how Reagan is just like Obama, don’t bother – here is one of the many sources that have debunked that horse hockey. And I’m not trying to call Clinton a conservative at heart – he was a solidly left of center president. My point is that the Democratic has shifted radically to the left and the elites in the Democratic party and the media would have us believe that the far left is the new center. Don’t just take my word for it, studies show that this has been the case, and even polling self-identified Democrats has shown the same. It just says a lot about how times have changed when a man who many Democrats see as one of the greatest modern presidents would probably be branded as a tea party extremist if he governed in the same manner today.