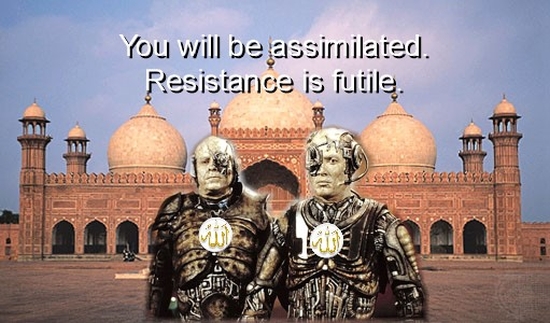 In 2011 a gang of Afghan Muslim “refugees” attacked and raped a mother of two in Sweden.
[youtube]https://youtu.be/rSOOsmv7A_I[/youtube]

It’s the tip of the iceberg. Liberals here and abroad are in utter and complete denial about the filthy culture with which they are so bent on infecting the US. 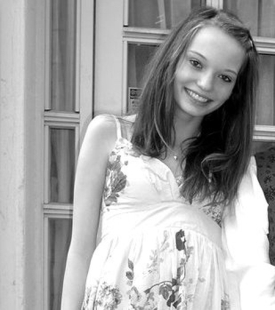 In January 2013 the Local reported a 22-year-old woman was gang-raped by five men in Stockholm, the first of three reported gang-rapes in the city this year. Eight Muslim male teenagers have been arrested on suspicion of aggravated rape in connection with the three incidents.

In March 2013 a British tourist was gang-raped by three Arab men in a Spanish resort.

The Archbishop of Cranmer’s blog spot details a high-profile disturbing case in France where two teenage girls were the prolonged victims of constant gang-rapes by dozens of Muslim teenagers.

And we’re only getting started. Muslim males are being lured to Sweden with the promise of “free and willing” Swedish blondes ready to service them.

On the sites, the migrants are also promised a tax-funded life of luxury. They are told that they must stay in luxury hotels until the government has found a free accommodation to them. Then they can sit back and let the Swedish taxpayers bear all their costs of living.

There is also sexual content in the advertisements, according to Dala-Demokraten. Among other things, the Arabs are promised their own free young willing blond Swedish girlfriend if they manage to illegally get all the way to the promised land in northern Europe (article picture).

“In reality one can say that the young Syrian men are lured to Sweden by the oldest trick in the book – money and girls. Pictures of blonde beauties are published, and that Swedish women require real men,” writes Dala-Demokraten.

◾Although the rape took place in June, police kept silent about it for nearly three months, until local media published a story about the crime. According to an editorial comment in the newspaper Westfalen-Blatt, police are refusing to go public about crimes involving refugees and migrants because they do not want to give legitimacy to critics of mass migration.

◾A 13-year-old Muslim girl was raped by another asylum seeker at a refugee facility in Detmold, a city in west-central Germany. The girl and her mother reportedly fled their homeland to escape a culture of sexual violence.

◾Approximately 80% of the refugees/migrants at the shelter in Munich are male… the price for sex with female asylum seekers is ten euros. — Bavarian Broadcasting (Bayerischer Rundfunk).

◾Police in the Bavarian town of Mering, where a 16-year-old-girl was raped on September 11, have issued a warning to parents not to allow their children to go outside unaccompanied. In the Bavarian town of Pocking, administrators of the Wilhelm-Diess-Gymnasium have warned parents not to let their daughter’s wear revealing clothing in order to avoid “misunderstandings.”

◾”When Muslim teenage boys go to open air swimming pools, they are overwhelmed when they see girls in bikinis. These boys, who come from a culture where for women it is frowned upon to show naked skin, will follow girls and bother them without their realizing it. Naturally, this generates fear.” — Bavarian politician, quoted in Die Welt.

◾A police raid on the Munich refugee facility found that guards hired to provide security at the site were trafficking drugs and weapons and were turning a blind eye to the prostitution.

◾Meanwhile, the raping of German women by asylum seekers is becoming commonplace.

The rape crisis is even worse in the refugee camps:

“The consequences are numerous rapes and sexual assaults. We are also receiving an increasing number of reports of forced prostitution. It must be stressed: these are not isolated cases.

“Women report that they, as well as children, have been raped or subjected to sexual assault. As a result, many women sleep in their street clothes. Women regularly report that they do not use the toilet at night because of the danger of rape and robbery on the way to the sanitary facilities. Even during daylight, passing through the camp is a frightful situation for many women.

“Many women — in addition to fleeing wars or civil wars — are also on the run for gender-related reasons, including the threat of forced marriage or genital mutilation. These women who face special risks, especially when they are on the run alone or with their children. Even if they are accompanied by male relatives or acquaintances, this does not always ensure protection against violence because it can also lead to specific dependencies and sexual exploitation.

Even more can be seen here.

Fifteen years ago rape was unknown in Norway. Oslo is now in rape crisis with nearly 100% committed by Muslim males.

Muslim women in Muslim countries must be delighted that these raping barbarians, so common in their “culture,” have moved to the West where they can no longer rape their daughters, their son and themselves, that is until they make a visit back home. In Oslo, Norway there is a Muslim-rape epidemic with 100 percent of the rapists being “non-western males,” with 9 out of 10 attacks against Norwegian women. These statistics are said to be documented by Norwegian police. Note in the transcript below that an Iraqi Muslim man, who is living in Norway and is “respected,” says there is a “clash of cultures.” Well, yes, but it’s more than that. It’s the inherent hate of infidels that Muslims are spreading across the globe. The “respected” Mr. Kubaisi, says the rapes are a “big problem,” and calls it a “clash of cultures,” which translated means: ‘my culture believes rape is justice but yours does not.” He may not realize that’s what he is saying, but there is no other interpretation that makes sense. According to the video below, the many leftist Norwegians are trying to silence the stories of epidemic “Take Your Turn” Muslim rape gangs.

Between 1997 and 2013 1400 children were “exploited” by “Asian gangs” in Rotherham England as police and officials, so paralyzed by the fear of being labeled “racist” that they looked the other way as more than a thousand young children were raped and abused. Asian gangs? The Telegraph couldn’t even bring itself to post the truth- these crimes were committed by Pakistani Muslims.

Here is a perfect example of what makes this culture so vile and loathsome and it is why you should be very afraid: At Pocking, another well-kept Bavarian town, the headmaster of the grammar school wrote to parents telling them not to let their daughters wear skimpy clothing. This was to avoid ‘misunderstandings’ with 200 migrants who were put up in the school’s gymnasium over the summer, before being moved on this month.

The letter to parents said the migrants were ‘mainly Muslim, and speak Arabic. They have their own culture. Because our school is directly next to where they are staying, modest clothing should be warn… revealing tops or blouses, short skirts or miniskirts could lead to misunderstandings.’

A 19-year-old waitress at a coffee bar in the town tells me: ‘We saw them [the migrants] walking around and they saw us. Of course, we were worried. We were told to be extra careful when they were here.’

Muslim immigrants are ingrates. They are no longer heading to Denmark because the benefit package is not up to their demands. When they don’t get what they want, they riot.

Seen on an overpass in Sindelfingen, Germany: It translates as “Your Children Will Pray to Allah or Die.”

Muslims have zero interest in assimilation. They do not respect local laws or mores. They act as miserably in their new venues as they did in their native countries. Here is a little insight.

Muslims demand that YOU change to accommodate them. THAT is what makes this so dangerously stupid. Look around your family and friends. Decide which of the children and women you are willing to sacrifice at this altar of political correctness.
Moammar Gaddafi’s prediction is coming true-

“Islam Will Conquer Europe Without Firing a Shot”

The Accelerating Purge...Buckle up, America. This only gets worse from here.

Flopping Aces has the Sunday Funnies. And the week in radic...