“You have to be really, really stupid” to believe Hillary 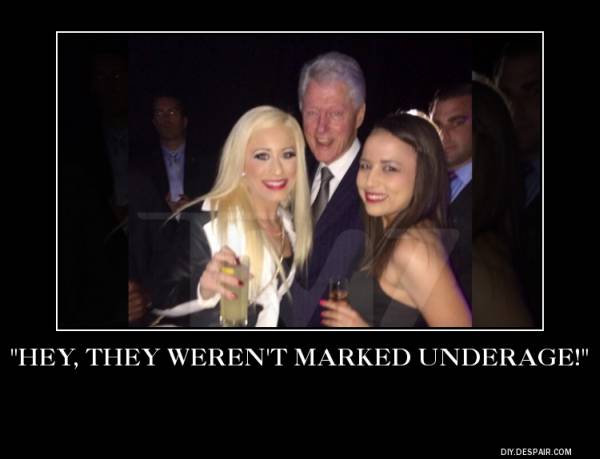 Alan Dershowitz was on Fox and Friends yesterday morning pushing his new book. When asked about Hillary’s situation, he suggested that she was in no legal jeopardy because she “didn’t know at the time” that the highly information she received, stored and sent was highly classified.

I don’t believe that for one second. She should have known. It was her job to know.

We are left with two choices- either Hillary is bumbling incompetent moron or she is a galactic scale liar.

“I did not email any classified material to anyone on my email.”

Oh yes she did. Who says? WaPo

While she was secretary of state, Hillary Rodham Clinton wrote and sent at least six e-mails using her private server that contained what government officials now say is classified information, according to thousands of e-mails released by the State Department.

Remember when Hillary sent a cable to State employees warning them not to use private emails for official business?

Remember how Hillary fired an Ambassador for doing just that?

Today Joe Scarborough said you have to be “really, really stupid” to believe Hillary.

She can’t drive a car

She can’t operate a fax

She needs to be served skim milk

She can’t use an i-pad

And she wants your support.

Now we learn that at least four documents have been re-marked to a B5 classification in order to shield its contents from public and even from Congress.

The changes, which came to light after the first tranche of 296 Benghazi emails was released in May, was confirmed by two sources — one congressional, the other intelligence. The four emails originally were marked classified after a review by career officials at the State Department. But after a second review by the department’s legal office, the designation was switched to “B5” — also known as “deliberative process,” which refers to internal deliberations by the Executive Branch. Such discussions are exempt from public release.

The B5 coding has the effect, according to a congressional source, of dropping the email content “down a deep black hole.”

The four mails are separate and distinct from another group of emails identified by the Intelligence Community Inspector General as containing two messages with “Top Secret” information.

There really is no longer any doubt that Clinton was using State to raise money for the Clinton Foundation and for the Clintons enriching themselves via speaking fees and that is what’s being hidden.

It will be fun to watch the debate in which O’Malley asks “Do you think the Secretary of State should be able to recognize classified information?” She will get destroyed in debates. It’s no wonder Debbie Downer is shielding her from them.

Liberals believe Hillary when she says it’s more “convenient” to set up an elaborate system of dodging the rules established by Obama in setting up her own private unsecure server in her home and in a toilet closet to conduct official business instead of just letting the IT people at State do it for her. That’s how stupid they are.

Why would anyone want to elect a President who cannot comprehend or protect America’s secrets? Assuring whether information is classified or not is her responsibility. She failed. According to Monica Crowley, ALL information Clinton came into contact with is to be automatically considered classified:

A critical point: the federal government classifies by information, not by marking; that is, if a document contains obvious classified material, ie. information provided by a foreign government, it is automatically considered classified, even if it isn’t marked as such. Mrs. Clinton knew this — or should have. Further, the federal government could not classify material that originated with her since they had no access — or knowledge — of her private server.

In the latest group of emails at least 57 threads have been identified as containing foreign government information, making them “born classified.”

See? I told you the brain damage is worse than admitted.

Yes, you have to be really, really stupid to believe Hillary. Fortunately for her, democrats are pretty impaired intellectually.