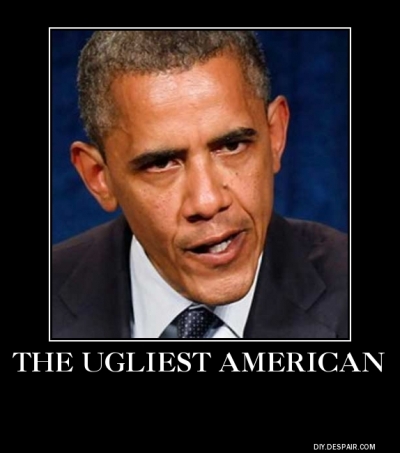 “I will vote to disapprove the agreement, not because I believe war is a viable or desirable option, nor to challenge the path of diplomacy. It is because I believe Iran will not change, and under this agreement it will be able to achieve its dual goals of eliminating sanctions while ultimately retaining its nuclear and non-nuclear power,” Schumer wrote in a lengthy statement issued Thursday night detailing his decision.

“Better to keep U.S. sanctions in place, strengthen them, enforce secondary sanctions on other nations, and pursue the hard-trodden path of diplomacy once more, difficult as it may be,” he said.

The Obama hate machine immediately sprang into action. This time anti-Semitism was on the menu.

The lefty site Daily Kos posted a cartoon showing Schumer with an Israeli flag and calling him a “traitor.”

MoveOn argues that “our country doesn’t need another Joe Lieberman in the Senate,” a reference to Connecticut’s ex-senator — who, like Schumer, is Jewish.

White House buddy Fareed Zakaria waved at anti-Semitic stereotypes, saying Schumer’s motive is just “money” — “If he were to support President Obama on this, if he were to support this deal, he knows it would create a firestorm of opposition, particularly among, perhaps, you know, wealthy supporters.”

Of course, Obama himself griped about pressure from “lobbyists” — i.e., Jewish and pro-Israel activists — spending “tens of million of dollars” to stop the deal. He reportedly blamed “the pro-Israel community” for stirring up a fight.

Other Obama stooges joined the pogrom:

Plouffe’s comments came in response to Schumer’s assertion Monday that Obama should go back to the negotiating table with Iran and get a “better” deal.

What we increasingly can’t stomach—and feel obliged to speak out about right now—is the use of Jew-baiting and other blatant and retrograde forms of racial and ethnic prejudice as tools to sell a political deal, or to smear those who oppose it. Accusing Senator Schumer of loyalty to a foreign government is bigotry, pure and simple. Accusing Senators and Congressmen whose misgivings about the Iran deal are shared by a majority of the U.S. electorate of being agents of a foreign power, or of selling their votes to shadowy lobbyists, or of acting contrary to the best interests of the United States, is the kind of naked appeal to bigotry and prejudice that would be familiar in the politics of the pre-Civil Rights Era South.

This use of anti-Jewish incitement as a political tool is a sickening new development in American political discourse, and we have heard too much of it lately—some coming, ominously, from our own White House and its representatives. Let’s not mince words: Murmuring about “money” and “lobbying” and “foreign interests” who seek to drag America into war is a direct attempt to play the dual-loyalty card. It’s the kind of dark, nasty stuff we might expect to hear at a white power rally, not from the President of the United States—and it’s gotten so blatant that even many of us who are generally sympathetic to the administration, and even this deal, have been shaken by it.

Welcome to the real world, people. Your ox has finally been gored. Many other oxen have already been gored by Obama.

There is no disagreeing with Obama. It carries a heavy price. He painted Republicans as traitors for disagreeing with his kissing Iranian ass. As we noted long ago, he calls those who would dare disagree with him “enemies.”

He accused the Chamber of Commerce of being a threat to democracy, for chrissake. Everyone who dares have a different viewpoint is a traitor.

The GOP is made of right wing terrorists! It’s gotten so bad that we’re seeing Jew on Jew. David Axelrod impugned Schumer’s integrity.

“Facts are facts, and politics is politics. Schumer made a decision based on politics, not fact,”

The constant attack on personal integrity for having a different opinion from Obama is disgraceful. Barack Obama has reduced politics to a sewer level. He is the ugliest American.

First obama came for the tea party, and I did not speak out-
Because I was not a member of the Tea Party

Then obama came for GOP, and I did not speak out-
Because I was not a member of the GOP.

Then obama came for the Jews, and I did not speak out—
Because I was not a Jew.

Then obama came for me—and there was no one left to speak for me.