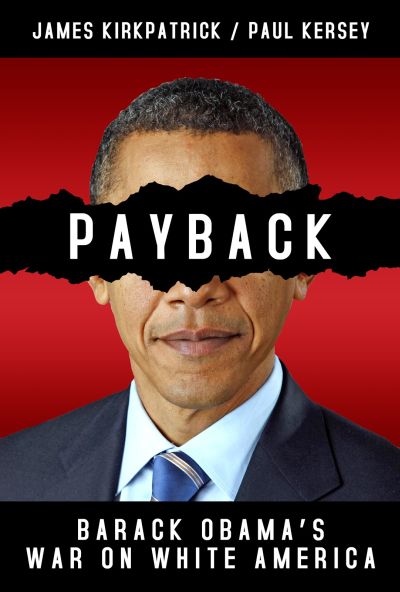 I told you so.

Part of Obama’s “fundamental transformation” of America is to not only marginalize the white race, but now it’s clear that he means to make whitey pay.

I wrote about it here

The Tea Party is a threat to national security, the GOP is a threat, the NRA is a threat, returning vets are a threat. And every one of them is racist. Just ask Eric Holder and Barack Obama. Thus it is critical to be sure they lose their voices in the electoral process in this country. Barack Obama will have then made good on his promise to fundamentally change the US.

Tom Perez is a liar. His view is that whites are not entitled to the same Constitutional protections as other races. His goals are to import millions of latinos, share your prosperity with them and marginalize the white race in this country. This is all part of the Obama Fundamental Transformation of the United States of America.

Obama is flooding the country with illegal aliens and blocking their deportation. Since 9-11, Muslim immigration has exploded. The FBI can’t keep up. Illegals are killing Americans routinely and we can’t get rid of them.

Now Obama plots to make the lives of Caucasians in America miserable.

Unbeknown to most Americans, Obama’s racial bean counters are furiously mining data on their health, home loans, credit cards, places of work, neighborhoods, even how their kids are disciplined in school — all to document “inequalities” between minorities and whites.

This Orwellian-style stockpile of statistics includes a vast and permanent network of discrimination databases, which Obama already is using to make “disparate impact” cases against: banks that don’t make enough prime loans to minorities; schools that suspend too many blacks; cities that don’t offer enough Section 8 and other low-income housing for minorities; and employers who turn down African-Americans for jobs due to criminal backgrounds.

Big Brother Barack wants the databases operational before he leaves office, and much of the data in them will be posted online.

This information will serve as the fuel for endless litigation against white people in the US:

Count on a flood of private lawsuits to piggyback federal discrimination claims, as civil-rights lawyers use the new federal discipline data in their legal strategies against the supposedly racist US school system.

Even if no one has complained about discrimination, even if there is no other evidence of racism, the numbers themselves will “prove” that things are unfair.

Such databases have never before existed. Obama is presiding over the largest consolidation of personal data in US history. He is creating a diversity police state where government race cops and civil-rights lawyers will micromanage demographic outcomes in virtually every aspect of society.

The first black president, quite brilliantly, has built a quasi-reparations infrastructure perpetually fed by racial data that will outlast his administration.

Obama plainly said that he intended to “fundamentally transform” the United States. Without question it his goal to reduce Caucasians to a minority and sharply diminish their influence while wringing from them every bit of cash possible and elevating the presence of Islam in America. Allen West:

“This is my clear and succinct message to white Americans. How long will it be before ‘you people’ realize you have elevated someone to the office of president who abjectly despises you – not to mention his henchman Holder. Combined they are the most vile and disgusting racists – not you.”

Tom Sowell sees a possible race war coming. That’s not hard to imagine. It is what Obama seeks.