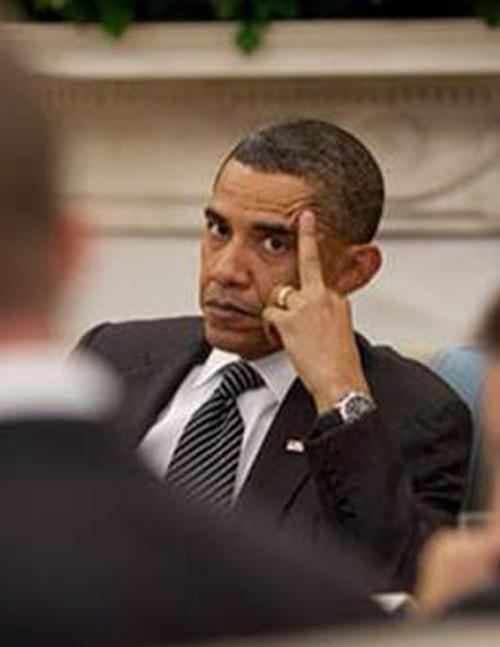 [Josh Earnest] predicted the international economic sanctions would collapse and Iran would get the economic benefits it has sought anyway — and noted that even if American sanctions stay in place Iran has far more at stake economically with sanctions from other countries around the world.

“The problem is Iran is going to get all that money and the United States doesn’t get anything for it,” he said, predicting Iran would get sanctions relief from the international community even if they don’t reduce their stockpile, centrifuges or all-but-dismantle their plutonium-producing reactor.

A vote to kill the deal is a “vote to allow Iran to get off scot-free and to get all the sanctions relief.”

So basically Obama won’t object if the supposed coalition just says eff it and lifts the sanctions…especially if Congress doesn’t do what he says.

If Earnest believes the rest of the coalition is so hellbent on lifting sanctions that Congress’s recalcitrance will tank everything, why would he trust the coalition to reimpose “snapback sanctions” if/when Iran is caught cheating on the deal later? What he’s saying here, essentially, is that the economic pressure on Europe and Russia to start trading with Iran again is so intense that Congress can either get with this program or get out of the way. If that’s true then it’s ludicrous to think the Russians or Europeans will ever agree to reimpose sanctions in the future. Iran would have to cheat in an unrealistically flagrant way to force their hands. Whether he realizes it or not, Earnest is telling you here that the punitive parts of the deal are a farce.

This is, in other words, Obama’s latest attempt to tell Congress that his agenda will move whether they like it or not, except this time he’s willing to make sure an enemy power benefits lavishly if Congress tries to defy him.

Not to mention the endaround he is doing by submitting the deal to the UN prior to the Senate voting on it.

This embarrassment should of been impeached long ago.