How long before the American flag has to come down? 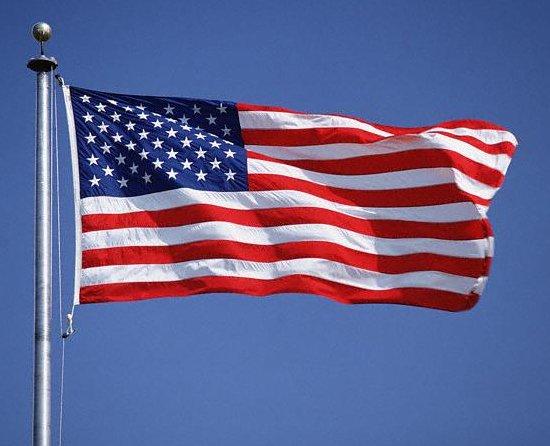 The pipe of the racism piper is playing and the lemmings hear the call. One after another politicians run to the front of the political correctness cliff and jump off blathering about how the Confederate flag has to come down and even how the next symbol of oppression must also find the dustbin of history:

The statue of Jefferson Davis has been in the rotunda of the Kentucky Capitol building since 1936, but it has come under fire by McConnell, GOP Gubernatorial candidate Matt Bevin, and “top Republicans in Kentucky’s House and Senate.”

According to WAVE 3, McConnell gave a measured response to questions about removing the statue, saying, “Maybe a better place for that would be the Kentucky History Museum, which is also in the state Capitol.”

Frankly, I think the Confederate flag flying in the South probably should have been taken down years ago but thanks to democrats like Fritz Hollings up it went.

Retailers lined up and jumped off the cliff as well. Amazon stated it will no longer sell the Confederate flag, but it will continue to sell Communist merchandise.

Amazon sells a huge variety of shirts, posters, you-name-it featuring the hammer and sickle, Joseph Stalin’s mustache, all things Che Guevara, Vladimir Lenin and other colorful revolutionaries who fought to make the world a better place, man. Guevara’s book Guerilla Warfare is on sale in four different formats. In one of the worst genocides in modern times, Stalin forcibly starved Ukrainian peasants in what’s known as the Holodomor, a “terror-famine” that left anywhere from 2.4 million to 7.5 million Ukrainian peasants dead in 1933.

Walmart has pulled the Confederate flag but it will be happy to sell you a poster of Che Guevara.

“We never want to offend anyone with the products that we offer. We have taken steps to remove all items promoting the confederate flag from our assortment — whether in our stores or on our web site,” said Walmart spokesman Brian Nick. “We have a process in place to help lead us to the right decisions when it comes to the merchandise we sell. Still, at times, items make their way into our assortment improperly — this is one of those instances.”

“We never want to offend anyone with the products that we offer.”

Well, a lot us find Communists and Nazism offensive. A lot of us find the aggrandizement of philosophies that has killed millions after millions of people offensive.

“We never want to offend anyone with the products that we offer.”

Hmm. Can’t help but wonder- will that eventually include the American flag?

Increasingly, the American flag- the flag of the United States of America- is becoming more and more offensive to the left.

Illegals? I guess they don’t mind as long as the priorities are in order: Flag stomping has become a liberal past time

Oh, and kill whitey while we’re at it.

Wearing the American flag is offensive.

And the Obama mentor in whose living room the political career of Barack Obama was spawned? 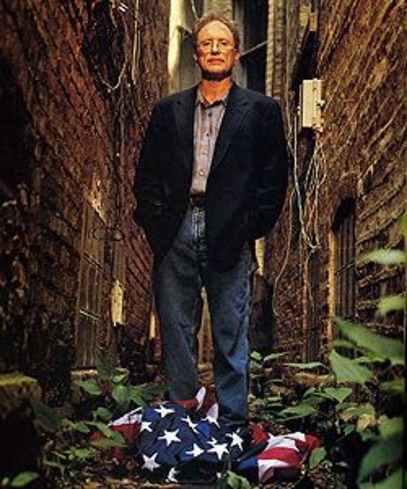 As soon as there are enough votes to be had and voters to be pandered to, democrats will call for the removal of the US flag and replace it with something closer to their hearts.

What comes after that? Burning the books about the Confederacy?