Was toppling Libya all about the money? 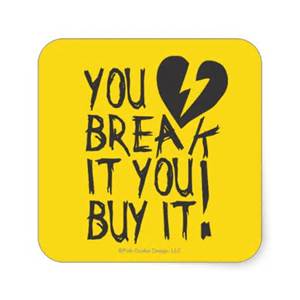 In 2011 Barack Obama led from behind a NATO coalition bent on removing Moammar Gaddafi from power in Libya. The removal and death of Gaddafi was, Obama put it, a warning to “iron fisted” rulers everywhere.

Over at Foreign Policy this was hailed as a huge success.

“Leading from behind” is an important element of this doctrine. It is no insult to lead but let others feel they too are architects of a plan, to lead without making others feel you are bullying, to lead but do so in a way in which risks and other burdens are shared. Libya is a test case for this approach. It too started ugly and there are many lessons to be learned by NATO and the United States about how to do this better. Our communications around the time of undertaking the involvement were also handled in a ham-fisted manner. No matter. Most of that will be forgotten now. Outcomes matter most and the outcome here has been low-cost and high-reward.

What has become of Libya? It is now a safe haven and support base for ISIS, largely because Obama considered ISIS to be the JV. Libya is now a central hub for human and arms trafficking. Back in 2012 the military warned about arms shipments and the growth of ISIS.

The DIA report, which was reviewed by Fox News, was obtained through a federal lawsuit by conservative watchdog Judicial Watch. Documents from the lawsuit also reveal a host of new details about events leading up to the 2012 Benghazi terror attack — and how the movement of weapons from Libya to Syria fueled the violence there.

The report on the growing threat posed by what is now known as the Islamic State was sent on Aug. 5, 2012.

The report warned the continued deterioration of security conditions would have “dire consequences on the Iraqi situation,” and huge benefits for ISIS — which grew out of Al Qaeda in Iraq.

“This creates the ideal atmosphere for AQI (Al Qaeda in Iraq) to return to its old pockets in Mosul and Ramadi,” the document states, adding “ISI (Islamic State of Iraq) could also declare an Islamic state through its union with other terrorist organizations in Iraq and Syria, which will create grave danger in regards to unifying Iraq and the protection of its territory.”

In recent months, U.S. military officials said, Islamic State has solidified its foothold in Libya as it searches for ways to capitalize on rising popularity among extremist groups around the world.

“ISIL now has an operational presence in Libya, and they have aspirations to make Libya their African hub,” said one U.S. military official, using an acronym for the group. “Libya is part of their terror map now.”

Obama and Hillary seemed not to be paying attention to this. It seems, though, that they were paying attention to something else- money- helping their pals cash in on Libya. There are some startling revelations that have come to light today in the NY Times. They involve Sid Blumenthal:

While advising Mrs. Clinton on Libya, Mr. Blumenthal, who had been barred from a State Department job by aides to President Obama, was also employed by her family’s philanthropy, the Clinton Foundation, to help with research, “message guidance” and the planning of commemorative events, according to foundation officials. During the same period, he also worked on and off as a paid consultant to Media Matters and American Bridge, organizations that helped lay the groundwork for Mrs. Clinton’s 2016 campaign.

Blumenthal was being paid by Media Matters while lobbying Secretary of State Hillary Clinton. And he worked for the Clinton Foundation. Hmmm.

Sid and his friends wanted something:

Much of the Libya intelligence that Mr. Blumenthal passed on to Mrs. Clinton appears to have come from a group of business associates he was advising as they sought to win contracts from the Libyan transitional government. The venture, which was ultimately unsuccessful, involved other Clinton friends, a private military contractor and one former C.I.A. spy seeking to get in on the ground floor of the new Libyan economy.

Sid had a direct line to Hillary, which was both unusual and reckless.

The emails suggest that Mr. Blumenthal’s direct line to Mrs. Clinton circumvented the elaborate procedures established by the federal government to ensure that high-level officials are provided with vetted assessments of available intelligence.

Former intelligence officials said it was not uncommon for top officials, including secretaries of state, to look outside the intelligence bureaucracy for information and advice. But Paul R. Pillar, a former C.I.A. official who is now a researcher at the Center for Security Studies at Georgetown University, said Mr. Blumenthal’s dispatches went beyond that sort of informal channel, aping the style of official government intelligence reports but without assessments of the motives of sources.

Libya was a potential fertile ground for Clinton pals to make money and they were clearly leaning on Blumenthal, who was leaning on Hillary. And that makes you wonder- was this the reason to kill off Gaddafi in the first place?

Obama allegedly killed off Gaddafi because he was “using mass violence against his people.” Now ISIS has assumed that mantle yet Obama could give a rat’s ass about it. Libya now serves as the mass killing field for the Islamic State to execute Egyptian and Ethiopian Christians.

Several of us here were against Obama toppling Gaddafi for concern that the devil you knew might be better than the devil you don’t. We were right.

Without a doubt Obama felt that he could simply knock out Gaddafi and then Hillary’s pals could waltz in and start withdrawing cash first with “humanitarian aid” and then something more afterwards. Of course, the Obama regime could be depended upon to furnish the “grants” for that aid, under the watchful eye of the Secretary of State.

Unfortunately for them, Benghazi and the JV threw a monkey wrench into the works.